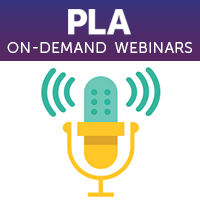 Walk down the street and you'll see earbuds dangling from many people like some high-tech jewelry. They're not making a fashion statement. While many may be listening to their favorite music, a great deal more may be learning a new language, catching up on the latest technology, discovering financial advice, or being entertained by a comedy or drama.

Podcasting is an online audio-based program akin to broadcast radio that delivers content to listeners. People are talking, and more to the point, tens of thousands are listening, too. Public libraries can—and many already do—use the podcast platform as an efficient and easy method to share news and information, promote programs and services, and distribute other important content to their patrons.

This on-demand webinar provides the details that will help you produce, record, and deliver your own podcasts. It covers developing the podcast, picking topics, selecting the right equipment and other tools, recording and editing the program, and delivering finished podcasts to your patrons.

This webinar is intended for public services staff, marketing and communications staff, computer and technology staff, and digital media lab staff. The content is suited for beginners or for those who have already started and wish to take their podcasts to another level. 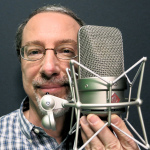 Jeffrey P. Fisher is studio services manager at Studio 300 in the Fountaindale Public Library (Bolingbrook, Ill.), one of the nation's premier digital media labs. In addition, he’s an in-demand audio, video, music, training, and media production pro whose work can be seen and heard on dozens of award-winning corporate, cable, commercial, and indie film projects. He also writes extensively including several published music, audio, and video industry books and numerous articles online and in-print. Fisher also teaches audio and video production and post-production at both DePaul University (Chicago, Ill.) and the College of DuPage (Glen Ellyn, Ill.). He co-wrote with Harlan Hogan the Voice-Actor's Guide to Recording at Home and on the Road (Cengage, 2008).

To playback this on-demand webinar you should have either the latest version of Flash running on your computer, or use a browser with native HTML5 support. Please use the most up-to-date version available of Chrome, Safari, Firefox, Opera, or Internet Explorer. A fast Internet connection and computer is recommended.

We suggest that groups, especially larger groups, plan ahead to use an LCD/LED projector in the room to project the webinar recording. Groups will also want to have speakers capable of amplifying the webinar audio for the entire room.