Beyond Bilingual Storytime and ESL: Digging Deeper into Your Spanish Speaking Community 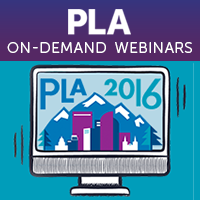 Do you want to move beyond the basic Bilingual Storytime and ESL program to serve your Spanish speaking community? This webinar will assist you with identifying an underserved segment of the community and developing an outreach plan. Instructors Simone Groene-Nieto and Ady Huertas will give unique examples of outreach to underserved Spanish speaking communities and solicit audience participation. This on-demand webinar includes an outreach toolkit.

This archived webinar was originally presented October 5, 2016, as the second in the three-webinar PLA 2016 Rewind: Post-Conference Webinar Series with "Developing Truly Effective Performance Evaluations" and "Designing Spaces for People, Not Collections."

Beginners or people with some knowledge of programming and events, who want to increase their understanding of serving marginalized populations. 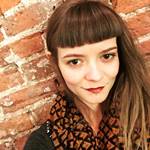 Simone Groene-Nieto is the public service coordinator of Special Populations at Jefferson County Library in Colorado. Before that she was the coordinator of Spanish technology classes at Denver Public Library's Community Technology Center, helping to create, teach and promote the classes to Denver's Spanish speakers. Simone is also active in REFORMA's Colorado chapter, where she has served as vice president and president. She played a lead role in developing REFORMA Colorado's annual mini-conference, a learning event on ways that library workers can grow and strengthen their services to Latinos and Spanish speakers. 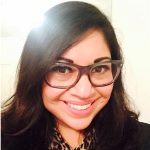 Adriana (Ady) Huertas has worked in San Diego libraries for almost 20 years and is currently the branch manager of the Logan Heights Branch Library in the San Diego (Calif.) Public Library system. She is the co-chair of the Seguimos Creando Enlaces Committee, which has put on five bi-national conferences. She has been involved with the local chapter of REFORMA for nine years, and has held leadership positions including president in 2013. She is currently the International Relations Committee chair for REFORMA National. She is also involved with REFORMA's Children in Crisis Task Force, where she collaborates with local immigrant youth shelters to provide library services, books, and library tours in Spanish for immigrant and unaccompanied refugee youth from Central America and Mexico. Ady is a Spectrum Scholar and grant recipient, Eureka Fellow, 2016 REFORMA Librarian of the Year, has received a REFORMA scholarship and the Public Library Staff Education Program award.

To playback this on-demand webinar you should have either the latest version of Flash running on your computer, or use a browser with native HTML5 support. Please use the most up-to-date version available of Chrome, Safari, Firefox, Opera, or Internet Explorer. A fast Internet connection and computer is recommended.

We suggest that groups, especially larger groups, plan ahead to use an LCD/LED projector in the room to project the webinar recording. Groups will also want to have speakers capable of amplifying the webinar audio for the entire room.

PLA does not award certificates of completion, credit hours, or CEUs, for its on-demand webinars and cannot verify participation.

If you have questions or problems accessing a recording, send a message to plawebinars@ala.org, or call 800-545-2433 ext. 5PLA.