Outside the Lines: An Initiative to Help Achieve Your Organizational Goals

A FREE on-demand webinar in partnership with Anythink Libraries

Is there a specific audience your organization is trying to reach? A partnership you’re hoping to form? A strategic goal you’re looking to fulfill? In this on-demand webinar, learn how libraries have used Outside the Lines: Libraries Reintroduced to achieve their organizational goals. Learn more about this global initiative while also gathering tips on how to set and communicate goals for your organization—internally and externally, build strong partnerships, and provide relevant and surprising experiences for your community that shift perceptions of libraries.

All public library staff, but especially decision-makers. Content is appropriate for everyone. 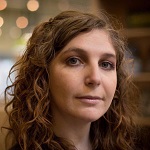 Erica Grossman is creative lead in the Innovations Department at Anythink, focusing on PR, social media, and writing. She is editor of Anythink’s quarterly magazine, SPARK. Erica was part of the creative team that developed and launched Outside the Lines and is currently on its planning committee. Prior to her work at Anythink, she worked in journalism and media throughout the Denver area. 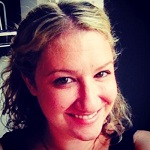 Stacie Ledden is the director of Innovations and Brand Strategy at Anythink Libraries. After joining the district in 2008, Stacie assisted in launching the Anythink brand that in 2011 garnered the John Cotton Dana Award for Outstanding Public Relations in Libraries. In her position at Anythink, she has filled the role of event planner, webmaster, brand champion, and Anythink cheerleader. Previous to her work at Anythink, Stacie was an editor for a global newswire service, freelance writer, and faithful library customer. In 2012, she helped launch R-Squared – The Risk & Reward Conference, which focused on creativity and taking smart risks to move libraries forward. She is the planning chair for the global initiative Outside the Lines: Libraries Reintroduced and was named one of Library Journal’s Movers and Shakers for 2013. 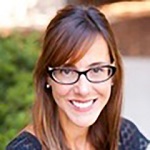 Prior to her Colorado State Library position, Jacqueline Murphy worked as an attorney for various Colorado library systems, including consulting with cities and counties. At the Colorado State Library, she provides support for public library leaders including resources for library districting, trustee training, director orientation, strategic planning, capital projects, and community initiatives.