Supporting Formerly Incarcerated Individuals with a Fresh Start @ Your Library

Fresh Start @ Your Library began locally at the Long Branch (NJ) Public Library, providing community reentry support to individuals returning to communities after serving time in prison or jail. In the fall of 2019, the New Jersey State Library, with grant funds from the Institute of Museum and Library Services, and in partnership with the New Jersey State Parole Board, New Jersey Department of Labor and Workforce Development, Long Branch Public Library, and Free Library of Philadelphia (PA), embarked on a project to scale up Fresh Start @ Your Library.

Learn from members of the Fresh Start @ Your Library team, including social workers, and understand the steps they took to reach formerly incarcerated individuals and provide services to six communities through the public library. Hear about the critical importance of forging authentic connections with formerly incarcerated individuals to help determine what services are most needed, and the importance of building partnerships with local government agencies and nonprofit organizations. This on-demand webinar—the sixth in the Public Libraries: Partners in Workforce Development series—also explores the modifications to the original project plans imposed by the coronavirus pandemic and the lessons learned from the experience.

The series is being co-developed by PLA and Libswork, a national networking group on workforce and small business development. Additional webinars in this series to be announced.

Previous webinars in this series:

This on-demand webinar is intended for library directors and administrators and outreach librarians formally or informally developing and providing services to formerly incarcerated individuals—or planning to do so. 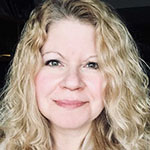 Sandler is the president-elect of the Middle Atlantic States Correctional Association, and the corresponding secretary for the New Jersey Chapter of the American Correctional Association. She is a motivational interviewing trainer, an offender workforce development specialist, and a former Girl Scout leader. She attended Stockton University and was the recipient of the 2015 MASCA Sal Russoniello Service Award, the 2014 State Parole Board Outstanding Performance Award, and the 2004 State Parole Board Chairman’s Award for Supervisory Excellence. 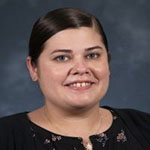 Sarah Swiderski is a social worker for Fresh Start @ Your Library, where she provides individual assessments for returning citizens and referrals to appropriate agencies that best meet their needs. She offers referrals for employment, housing programs, public assistance, education programs, and mental health services, among others.

Swiderski earned her bachelor’s degree in psychology from Rutgers University. After graduation, she worked with individuals struggling with mental illness and addiction. Swiderski’s experience motivated her to pursue graduate study in social work. She later received her Master’s in Social Work from the Rutgers School of Social Work as she continued her work within the mental health field. Swiderski believes strongly in advocating for individuals and guiding them to reach their goals. 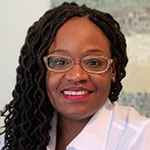 Nicole Warren is a social worker for Fresh Start @ Your Library. She values libraries as the nerve center of communities. In her role, Warren provides direct services to returning citizens in public libraries. This includes completing private, one-on-one assessments with participants and offering guidance and referrals to employment and housing opportunities, public assistance programs, occupational skills training, GED exam preparation, and other classes offered at participating libraries.

For several years, Warren taught elementary school students before pursuing a degree in social work. She has also worked for Rutgers University Libraries. Now she manages the administration and delivery of programming for Girl Scouts Heart of New Jersey, including a program for girls and their incarcerated mothers. Warren has dedicated her career to serving children and families in marginalized communities and works to support the development and delivery of quality outreach programs.

Warren is a licensed social worker with an MSW from Columbia University and a M.Ed. from Rutgers University.