Best known for his groundbreaking picture book, The Snowy Day (1962), Ezra Jack Keats created an imaginative, encouraging, and multi-ethnic community within his books. Drawing from Ezra’s legacy, the Ezra Jack Keats (EJK) Award, first awarded in 1986, nurtures and honors our country’s multicultural population, boosting the careers of authors and illustrators whose outstanding books reflect our diverse population and in turn the lives of countless children and families. The award celebrates its 35th anniversary in 2021, and the EJK Foundation and the de Grummond Children’s Literature Collection at the University of Southern Mississippi, which co-administers the award, are launching a yearlong public awareness campaign to honor the award and its recipients. One of the most important aspects of the campaign is providing critical resources to librarians and educators for youth programming promoting diverse picture books for all young readers.

This on-demand webinar is relevant for library staff who work with youth services and children’s collection development. No previous knowledge of the topic is required. 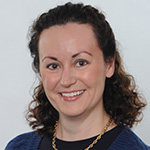 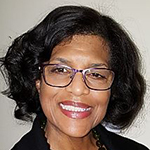 Claudette McLinn is the executive director of the Center for the Study of Multicultural Children’s Literature in Inglewood, CA. She retired as the district supervising librarian in Library Services for the Los Angeles Unified School District with over 34 years of experience as a teacher, librarian, and administrator in elementary and secondary education. She has been active in ALA, serving on the Newbery, Coretta Scott King, Pura Belpré, and Caldecott Award Committees; and is currently serving as immediate past executive chair of the Coretta Scott King Book Awards Committee, past chair of the Coretta Scott King 50th Anniversary Planning Committee, and Board of Directors, USBBY. Claudette has received numerous awards, including the 2020 ALSC Distinguished Service Award and the 2014 Dorothy C. McKenzie Award for Distinguished Contribution to the Field of Children's Literature presented by the Children's Literature Council of Southern California. 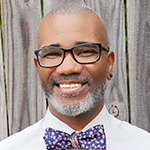 Don Tate is an award-winning author and the illustrator of numerous critically acclaimed books for children. He received the Ezra Jack Keats Writer Award for Poet: The Remarkable Story of George Moses Horton (Peachtree) and an EJK Writer Honor for It Jes’ Happened: When Bill Traylor Started To Draw (Lee & Low Books). Some of his other books include Whoosh! Lonnie Johnson’s Super-Soaking Stream of Inventions (Charlesbridge); The Amazing Age of John Roy Lynch (Eerdmans); The Cart That Carried Martin (Charlesbridge); Hope’s Gift (Penguin), and many others. Don is a founding host of The Brown Bookshelf, a blog dedicated to books for African American young readers, and a one-time member of the #WeNeedDiverseBooks campaign, created to address the lack of diverse, non-majority narratives in children’s literature. 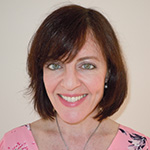 Kimberly Grad is the coordinator of school age services at New York City’s Brooklyn Public Library where she manages system-wide programming for children ages 6–12, including the annual Summer Reading campaign, the “Team Up To Read” literacy program, and the STEM enrichment program “Library Lab." She also serves as the chair of the Ezra Jack Keats Bookmaking Competition Jury. Kimberly conducts training sessions for children’s librarians on virtual programming, children’s literature, and child development. Through her work at ALSC, she served on the following committees: Notable Children’s Books, 2016 and 2017; Quicklists Consulting Committees, 2018 and 2019 as co-chair; School Age Programs and Services Committee as chair in 2019–2020; and as a member of the Newbery 100th Anniversary Celebration Task Force in 2020.