Digging Deeper into Local and Family History with Census Data

The Census is an essential source for discovering and reconstructing local and family history. Rich data about communities, neighborhoods, and families document local demographics, immigration and naturalization information, ancestral family names, relationships, birth years, and birthplaces. Although the U.S. government has conducted a Census every ten years since 1790, the categories of data collected and the details provided in the Census records vary. Learn how categories for race, ethnicity, and other demographics have changed over time and how that impacts research. Discover public library programming and strategies to engage your community in a deeper understanding of local and family history. Census sources important to local history research and family genealogy will be discussed.

This on-demand webinar—the fourth of six—is presented as part of the Census Data Literacy project, an initiative of PLA in partnership with ALA’s Public Policy and Advocacy Office, which aims to build data literacy skills among library staff with the overall goal of promoting awareness and use of Census data in their communities. These webinars will be facilitated by Karen Brown, adjunct consultant, ACRL Consulting Services.

This on-demand webinar is intended for public service librarians and local history staff. 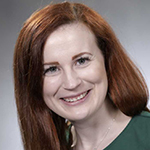 Allison DePrey Singleton is a senior librarian in the Allen County Public Library Genealogy Center in Fort Wayne, IN. In that capacity she provides research consultations, serves on the center’s programming team, and leads its family history webinars and educational initiatives. Singleton presented at the 2020 RootsTech Conference, the 2018 Indiana Genealogical Society Conference, and was slated to speak at the 2020 National Genealogical Society’s Librarians’ Day. She is also a northeast regional co-coordinator for the National History Day in Indiana. While Singleton’s specialties include researching in the regions of Indiana, France, and Germany, and fields of social media, the federal Census, teaching beginners, and genealogy programming, she loves learning new areas of genealogy. She views genealogy as lifelong education and continues to strive to learn more while keeping up with ever changing technology. 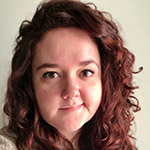 Elizabeth Hodges is a historian, educator, genealogist, and librarian. While pursuing her Master’s in Irish and Irish American Studies at New York University (NYU), she became an educator at the Lower East Side Tenement Museum in New York City. Hodges’ love and fascination with genealogy and family history grew exponentially through sharing the stories of immigrants, migrants, and refugees who once resided in a historic tenement in lower Manhattan with visitors. Upon graduating from NYU, she began working for the New York Public Library in the Lionel Pincus and Princess Firyal Map Division. While her specialties and interests lie in Irish migration/immigration, New York genealogy, the experiences of immigrant women, archival management, and Louisiana genealogy and local history, she is always eager to learn and explore other aspects of genealogy research. 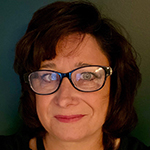 Sharon Tosi Lacey has served as the chief historian for the U.S. Census Bureau since June 2015. Previously, she spent twenty-five years as an officer in the U.S. Army and U.S. Army Reserves before retiring in 2015 as a Lieutenant Colonel. She holds a B.S. in Engineering Psychology from the United States Military Academy, an M.S. in Education from Long Island University, and a Ph.D. in History from the University of Leeds. 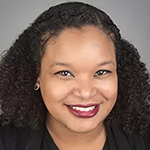 Gabrielle “Gabby” Womack is a reference/access librarian, archivist, and historian at the McQuade Library, Merrimack College (North Andover, MA), specializing in nineteenth- and twentieth-century African American history. Womack’s work analyzes personal and societal racial identities, particularly among descendants of the African diaspora, and their effects on policy in the United States. Her research interests include the intersections of race, ethnicity, gender, immigration, eugenics/race science, inequity, and policy in the United States. Womack loves inspiring folks to read diverse books by underrepresented populations on her Instagram (@Bookish_AfroLatina) and Facebook pages.