Non-degree credentials (NDCs) allow job seekers to highlight relevant skills and training to employers, and enable employers to hire qualified applicants more quickly. For workers whose jobs have shifted over the course of their career or for those seeking a career change, NDCs can be the fastest and most cost-effective path to demonstrate continued learning and proficiency. But not all NDCs are created equally. With roughly 550,000 unique credentials—including badges, apprenticeships, course-completion certificates, and other certifications—it can be hard to know where to start.

During this on-demand webinar—the third in the Public Libraries: Partners in Workforce Development series—hear from a panel of experts who have made sense of the maze of available learning opportunities to connect workers to high-quality NDCs that lead to in-demand jobs and career pathways. Learn about nationally recognized, “stackable,” and portable credentials, and how library staff are supporting patrons to secure them to boost their employability and career mobility.

Panelists provide research and practical resources to successfully navigate NDCs with community members, as well as on-the-ground examples of statewide and local efforts in Washington and Nevada where libraries provide access and support to secure NDCs of value.

The series is being co-developed by PLA and Libswork, a national networking group on workforce and small business development. Additional webinars in this series to be announced.

Other webinars in this series: 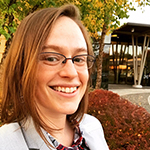 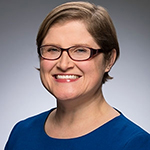 Haley Glover is the strategy director for state action and equity at Lumina Foundation, an independent, private foundation in Indianapolis that is committed to making opportunities for learning beyond high school available to all. In that role, she leads Lumina’s efforts to mobilize states to act in ways that support student success and reduce racial disparities in credential attainment.

Early in her career, Glover served as a researcher for the Center for Economic Competitiveness at the Hudson Institute and as a development associate for the National Dance Institute of New Mexico. 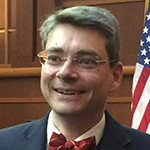 Karsten Heise joined the Nevada Governor’s Office of Economic Development (GOED) in April 2012 initially as technology commercialization director and then continued as director of strategic programs.

He leads Innovation Based Economic Development (IBED) in Nevada. As part of IBED, he created and manages Nevada’s State Small Business Credit Initiative Venture Capital Program. He also leads and overseas the ‘Nevada Knowledge Fund’ to spur commercialization at the state’s research institutions and to foster research and development engagements with the private sector, as well as supporting local entrepreneurial ecosystems and individual startups. In addition, Heise is deeply familiar with the European vocational training system. This experience inspired the development of the ”Learn and Earn Advanced Career Pathway” (LEAP) framework in Nevada, which progressed to becoming the standard template for developing career pathway models in the state. He is deeply passionate about continuously developing new workforce development approaches dealing with the consequences of the Fourth Industrial Revolution. 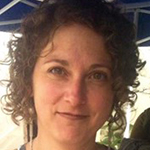 After working in libraries since age twelve, Elizabeth Iaukea received her MLIS from Florida State University in 1999. Her first position as a “professional” librarian was at the Bill & Melinda Gates Foundation as a public access computer trainer for the U.S. Library Program. In the twenty years since, she has worked for the Washington State Library and for multiple public libraries in Western Washington. She's currently at the State Library as a workforce development librarian. The dominant theme across her career has been supporting library staff and their communities to gain and maintain the skills needed to remain relevant and competitive in their chosen fields, with a focus on digital skills. 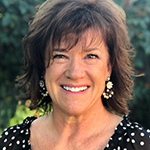 To playback this archived webinar you should use a browser with native HTML5 support. Please use the most up-to-date version available of Chrome, Safari, Firefox, Opera, or Internet Explorer. A fast Internet connection and computer is recommended.