In 2017, the Public Library Association (PLA) launched a new initiative, Fostering Creative Community Connections, with Public Libraries and the Short Story Dispenser. With funding from the John S. and James L. Knight Foundation, PLA worked with the French company Short Édition to bring their Short Story Dispenser and digital content creation platform to a pilot group of select U.S. public libraries. The aim of the project was to strengthen a culture of literacy and reading, while increasing public awareness and use of library programs and services. During the webinar, you’ll hear how participating libraries are leveraging the dispensers to strengthen and develop new local programming and connections with library and/or community partner programs and services, in addition to creating new interest in literacy and literature through innovative access to a growing collection of more than 100,000 short stories.

This on-demand webinar is open to everyone interested in exploring new and innovative ways to engage patrons in literary programming, outreach, and/or community partnerships. It will be particularly relevant to those with an interest in the Short Story Dispenser and/or creative engagement in public libraries.

A former editor at ALA’s Booklist, Eugenia Williamson is a freelance writer and lifelong friend to libraries. You can visit her at eugeniaawilliamson.com. 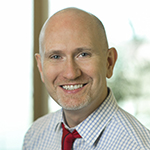 Tony Tallent is the chief program and innovation officer for Richland Library in Columbia, SC. In this role, he works to maximize the impact of the library’s collections, learning opportunities, and reach into the community through new services, marketing, and program formats. Tony has worked on several notable projects, including the hybrid library-theater partnership ImaginOn in Charlotte, NC, as well as The LIT Room, an architectural-robotics embedded space that fosters literacy and creativity in a library setting. He founded the successful Tricycle Music Festival that evolved into Tricycle Music FestWest, now successfully championed and lead by the San Francisco (CA) Public Library. Tony was recognized as a 2008 Mover & Shaker by Library Journal and received the Urban Libraries Council’s Joey Rodger Leadership Award in 2011. In 2014, he was the recipient of the John H. Landrum Library Advocacy Award. Tony’s writing has appeared in several journals and literary reviews. 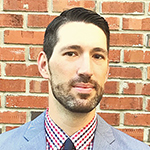 Andrew C. Nurkin is the deputy director for enrichment and civic engagement at the Free Library of Philadelphia. In this capacity, he directs the library’s Division of Cultural and Civic Engagement and oversees adult humanities and civic programs system-wide. Previously, he served as executive director of Princeton AlumniCorps, a national nonprofit that provides civic leadership training, and on the staff of Princeton University’s Pace Center for Civic Engagement. Andrew holds a BA in English from Duke University, a MDiv from Yale Divinity School, and an MFA in poetry from Vermont College of Fine Arts. His poems and criticism have appeared in The Believer, North American Review, Massachusetts Review, Los Angeles Review, and elsewhere. He currently serves on the National Advisory Board for DukeEngage at Duke University and the Board of Directors for Mighty Writers. 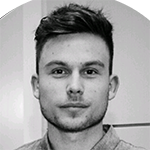 As the business development manager at Short Édition, Loïc Giraut is in charge of bringing literature to the modern, on-the-go world internationally with the company’s team in Paris and Grenoble, France. Short Édition is the happiest company around, providing unexpected smiles in unexpected places, to help you engage with your community through reading and writing.