This webinar—the second of six—is presented as part of the Census Data Literacy project, an initiative of PLA in partnership with ALA’s Public Policy and Advocacy Office, which aims to build data literacy skills among library staff with the overall goal of promoting awareness and use of Census data in their communities. These webinars will be facilitated by Karen Brown, manager, ACRL Consulting Services.

This on-demand webinar is intended for public library administrators and public services and outreach librarians interested in supporting small businesses and entrepreneurs. 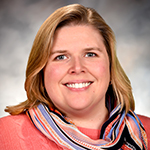 Julie Brophy is the manager of adult and community engagement at Baltimore County Public Library in Maryland, where she provides leadership on services and events for adults, cultivates strategic partnerships and collaborations to better meet the community’s needs, and looks for opportunities to connect in the community through mobile engagement and outreach. Julie has worked in public, academic, and government libraries during her career in New York, North Carolina, the District of Columbia, and Maryland. 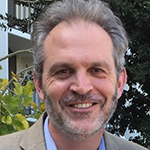 Darrin Conroy has been the library director for the New York Small Business Development Center (SBDC) since 2002. He leads a staff of four other librarians and his primary responsibilities include custom research services, acquisitions, statistical compilation and reporting, and listserv management. 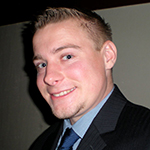 Adam Grundy began his career at the U.S. Census Bureau in 2009 and currently works in the Data User and Trade Outreach Branch in the Economic Management Division, where he has taken several leadership roles. He developed an online calendar for the ECON Directorate, participated in several key stakeholder meetings for developing the Census Business Builder data platform, and served as a member of the outreach team for the U.S. Census Bureau. Adam has written several articles for the America Counts series for Census.gov and continues to look for new and interesting ways to share ECON data products with the public. 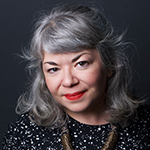 Madeleine Ildefonso, managing librarian, oversees the Office of Civics and Community Services at the Los Angeles (CA) Public Library (LAPL). She has worked in six LAPL locations over fifteen years as a children's librarian, a branch manager, and now as a project manager for system-wide initiatives like the New Americans Initiative. Madeleine is interested in connecting library users with engaging and meaningful services and programs to empower their decisions and support their success and resilience. 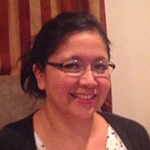 Confederated Salish and Kootenai Tribes member, Merida Kipp has a Masters in Library and Information Science, a Masters in Information Technology and Administrative Management, and BS in Computer Science. As the library administrator of the Yakama Nation Library (Toppenish, WA) she seeks out grant funding, oversees the library collection, and implements programming. She advocates and seeks solutions to provide opportunities for the surrounding community to move beyond the digital divide and achievement gap.