Benchmark: Library Metrics and Trends is the latest evolution in PLA’s data-driven initiatives and tools for libraries. It features a range of interactive data visualizations that allow libraries to easily make peer comparisons across a wide range of metrics related to library programs, services, and operations. Learn how Benchmark can support your library in everyday decision making, such as establishing baselines and identifying opportunities to improve.

During this on-demand webinar, you get a behind-the-scenes look at Benchmark’s robust, interactive, and user-friendly data dashboards and reporting tools. These feature visualizations of data drawn from new PLA topical surveys, past PLDS surveys, the IMLS Public Libraries Survey, and the Census. The charts make it easy to compare your library’s data to peer and national reference points. PLA staff and member leaders share insights on this tool’s development, how libraries can use data to inspire decision making, and PLA’s continuing efforts to provide meaningful data and research for the public library field.

More information about Benchmark is available on the PLA website. Log into your library’s account at librarybenchmark.org. The library director or administrator should have received an email invitation with login information. If your library did not receive login details, please email plabenchmark@ala.org.

At the conclusion of this webinar, participants will be able to:

This on-demand webinar is relevant to public library directors, administrators, and managers responsible for data collection and analysis. However, staff from any level within their organizations are welcome to attend to learn more about PLA’s newest data tool. 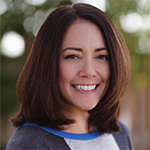 Linda Hofschire directs the Research Institute for Public Libraries (RIPL), serves as the instructional designer for Embedding Evaluation in Libraries, and is the training coordinator for Infopeople, the education and training arm of the Califa Group. Hofschire serves as the chair of PLA’s Measurement, Evaluation, and Assessment Committee. 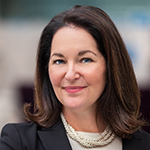 Melanie Huggins is PLA president and executive director of the Richland Library in Columbia, SC, which received the 2017 National Medal for Museum and Library Service, the nation’s highest honor. Huggins was named a 2018 Woman of Distinction by the Girl Scouts of South Carolina – Mountains to Midlands for her lasting impact in the community, and was named a 2018 Woman of Influence by Columbia Regional Business Report. In 2018, she was the first woman to win the Stephen G. Morrison Visionary Award from One Columbia for Arts and History. She has been included on Columbia Business Monthly’s list of the Fifty Most Influential People for the past three years and was recently selected as an entrant to the Hall of Fame. Her work is influenced by her belief that libraries are uniquely positioned to make communities more livable, resilient, and inclusive. 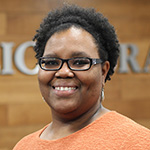 Katina Jones is the statistical research analyst at Mid-Continent Public Library (MCPL), headquartered in Independence, MO. She assists library administration and staff in making data-driven decisions through her analysis of library data, community demographics, and program survey results from the library’s thirty-six locations serving Jackson, Clay, and Platte counties in Missouri. Prior to MCPL, she was the state data coordinator at the Missouri State Library, working with the Institute of Museum and Library Services (IMLS) and the U.S. Census Bureau to collect and distribute statistics for the state. After receiving her bachelor’s degree in Applied Psychology and Social Science from Alverno College, Jones started her career as the program evaluator for Families and Schools Together (FAST)—the now internationally utilized family engagement program. Jones is a member of PLA’s Measurement, Evaluation and Assessment Committee, and was an instructor and facilitator at the Research Institute for Public Libraries (RIPL) in 2018 and 2020. 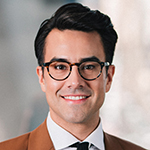 Tommy Hamby worked for the Salt Lake City Public Library for seventeen years and served as the first data coordinator for the system. He has held positions in public service, circulation, administration, and public programming. He earned his masters of Public Administration from the University of Utah as well as a certificate in data analytics. Hamby became interested in data in his role as adult services coordinator, when he was trying to develop meaningful and relevant programs tailored to the unique communities served by the eight branches of the system. As data coordinator, he worked with staff and administrators to identify the library’s inputs, outputs, and outcomes, and how they were interrelated and could be harnessed to inspire planning and decision making. Hamby was a member of PLA’s Measurement, Evaluation, and Assessment Committee and has been working with PLA since October 2020 to help design and launch Benchmark. 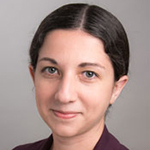 Sara Goek is program manager at PLA. She is responsible for supporting PLA’s data and research efforts and developing related training content.