Program coordinators, department heads, and other supervisors are the leadership of public libraries on the front lines, but they don't always have a seat at the table when administrators talk about change within the library. Hear from public librarians representing libraries of varying sizes, geographic regions, and diverse populations who have affected change from their positions in middle management through effective communications, advocacy, and storytelling.

This panel discussion was organized and hosted by members of PLA’s Leadership Development Committee.

At the conclusion of this on-demand panel discussion, participants will be able to:

This on-demand panel discussion is intended for public library staff in supervisor, coordinator, or other middle management roles, or for those who aspire to lead in their organizations. 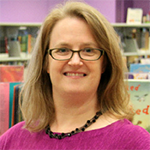 Co-moderator Lynn Hoffman has worn a wide variety of hats throughout her public library career, but over the last decade has found her niche in administration—focusing on organizational development, project management, and implementing big ideas on the front lines. Previously the assistant director at large public libraries in Wisconsin and Illinois, Lynn is currently director of operations at the Somerset County Library System in New Jersey.

Co-moderator Isaiah West is the teen services specialist for the Prince George's County Memorial Library System in Maryland. He received his Master’s in Information Science from the University of Tennessee. With ten years of experience working with teens, tweens, and young adults, Isaiah's focus is always on empowering teens while maintaining strong connections through community partnerships to ensure teen-friendly communities. As part of the programming services department, his primary duties include coordinating programs, implementing system-wide initiatives, and training staff on best practices and trends in teen services. When not working, you can find him over-caffeinated and dancing in his kitchen. 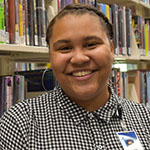 Andrea Dictor is a public librarian working in the Sarasota County Library System in Florida. She received her Master’s in Library and Information Studies from the University of Wisconsin-Madison. Andrea has worked in special, academic, and public libraries throughout her career. In her current position as the youth services coordinator, she communicates and aligns the system’s administrative vision with local library branches to enhance services for children, teens, and their caregivers. Andrea boosts the impact of services by partnering with community organizations that share a similar mission of supporting Sarasota County’s youngest residents. 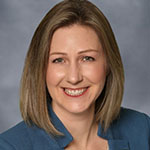 Sarah La Torra is a division manager of customer experience for the Redwood City Public Library in California. She completed her Master’s in Library and Information Science at the University of California at Los Angeles (UCLA). During her career, Sarah served in the roles of children’s librarian, teen center coordinator, library service supervisor, division manager, and acting library director. In her current role, Sarah oversees library IT, the website, collection development, databases, and customer service. In addition to her roles in the library, she works extensively with other city departments and the community. She believes deeply in developing the potential of all her staff and providing opportunities for growth. Sarah plays an integral role in delivering the Redwood City Public Library’s service priorities of inclusion, equity, awareness, safety, and education. 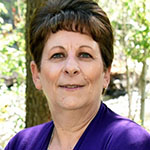 Lisa Lewis has been working in libraries for over twenty years and is currently the library services manager for Show Low Public Library in Arizona. Lisa has had many adventures including being invited by the U.S. Embassy in Croatia to present a series of workshops to the librarians there. She has written and received several grants, such as the NASA @ My Library grant, LSTA Grants, STEM grants, and several from the Network of the National Libraries of Medicine. When Lisa isn’t in the library you will find her on adventures with her husband of 37 thirty-seven years, or happily reading at home. She has three children, and two grandsons who she absolutely adores, and a baby granddaughter on the way! 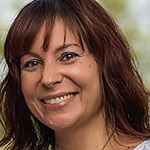 Doris Mendez-DeMaio started her career as a public servant at the South Florida Water Management District in 1992. She earned a Bachelor’s of Public Management from Florida Atlantic University in 2003 and her MLIS from the University of South Florida in 2006. She began her library career as a children’s librarian in 2012, working at two Palm Beach County (FL) Library System branches, and then serving as head of children and teen services at the main library for several years. Doris was promoted to her current position as manager of the Acreage Branch in Loxahatchee, FL in 2018, where she has continued her work with the incarcerated, and has focused on mentoring and leading her team to pursue their career goals. When not at work, Doris enjoys spending time with her children, experimenting with vegan cuisine, going on hikes, and reading (of course).