A complete count in the 2020 Census is essential to make sure that libraries and their communities don’t miss out on billions of dollars in needed funding, as well as political representation. However, nearly 40% of households have not responded yet, and the count is even lower among populations that have been undercounted historically. Learn how the Census Bureau, libraries, and community partners have adapted their operations and outreach in response to COVID-19, and how libraries can support a complete count before the Census ends in October.

This on-demand webinar is co-sponsored by the ALA Public Policy and Advocacy Office and the Office for Diversity, Literacy and Outreach Services.

This on-demand webinar is intended for library staff working with the 2020 Census or in community partnerships and engagement, outreach, communications, and similar activities. Libraries that planned 2020 Census activities prior to the outbreak of COVID-19 will find ideas for adapting outreach to the current environment. 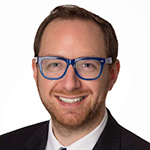 Gavin Baker serves as deputy director in the American Library Association’s Public Policy and Advocacy Office. Previously, he worked at Common Cause, the Center for Effective Government, and the Scholarly Publishing and Academic Resources Coalition. He worked as a census-taker in the 2010 Census. Gavin earned his M.S. in library and information studies from Florida State University and his B.A. in political science from the University of Florida. 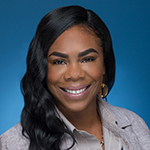 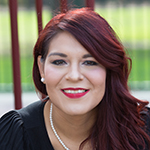 Lizette Escobedo currently serves as the director of the National Census Program at the NALEO Educational Fund where she leads national efforts to ensure a full count of Latino in the 2020 Census. Prior to returning to the NALEO Educational Fund she worked as communications director at SEIU Local 2015, one of the largest long-term care local unions in the country representing over 390,000 long-term care workers in California. Escobedo has dedicated over twelve years of her career mobilizing and empowering communities to ensure they have a voice in the democratic process and to ensure they play an integral role in the policy and legislative decisions that impact their communities and quality of life. In 2016 Escobedo was elected to serve as delegate representing the 57th Assembly District, and in 2019 she was named Woman of the Year by Majority Leader Ian Calderon (CA-AD 57). 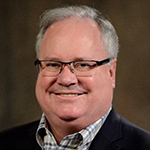 Burton Reist is the U.S. Census Bureau’s assistant director of the Communications Directorate with responsibility for operations and management.  He oversees the Public Information Office, the National Partnership Program, and the Program Management Office for the Integrated Communications Contract which provides extensive communications support for the 2020 Census.  In all of these areas, he provides executive leadership for ensuring ongoing strategic communications for the 2020 Census Program. Mr. Reist has a bachelor's degree in politics from the University of California at Santa Cruz, and a master's degree in public administration from Cornell University.