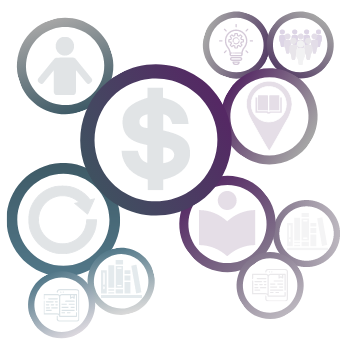 At the Public Library Association (PLA), we believe that library workers are experts at helping their community members access and make use of information. We also believe that library workers should be able to access and make use of data about their institutions. Data analysis is essential for library advocacy, but it can sometimes feel daunting, especially when it comes to peer comparison. With more than 9,000 public libraries in the U.S., it’s hard to know where to begin.

To support the public library field’s peer benchmarking needs, PLA has invested in research to identify ways to better communicate and display key metrics related to internal decision-making. These metrics, reported annually by the Institute of Museum and Library Services (IMLS), are freely and publicly available but the data are not typically utilized to their full potential. The Benchmark Briefings are a first step in PLA’s work to support greater adoption and understanding of this annual data set.

Whether you are dipping your toes into peer comparison for the first time or can name each of your library’s IMLS-defined characteristics in your sleep, the Benchmark Briefings will give you a clear snapshot into how your library measures up against others. Use this resource to learn how your library’s expenditures compare to other libraries that share the same legal basis or learn how your collection size fares compared to other libraries in your region. We hope that this resource will bridge existing data knowledge gaps and pave the way for deeper data insight, exploration, and advocacy.

View the full summary document as a PDF.

View the full summary document as an Excel spreadsheet.

To view two-page PDFs for each benchmark category, scroll down to the "Library Characteristics" section below.

The key measures included in the Benchmark Briefings are commonly used by public libraries when making internal decisions about library investments. They represent one year of data from FY 2018 and are reported at the Administrative Entity level. A summary of each measure is outlined below, and a full glossary of terms can be found at https://www.imls.gov/sites/default/files/2018_pls_data_file_documentation.pdf.

Not sure where your library fits in?

The legal basis is the type of local government structure within which the entity functions. It reflects the state or local law, which authorizes the library.