The theme of National Library Week in 2019 is “Libraries = Strong Communities.” During the week of April 7–13, Americans take some time to celebrate the libraries and library workers who connect us with the resources we need. Libraries provide free access to books, online resources, and family programming. Library business centers help support entrepreneurship and worker retraining. Attendance at free public programs in libraries is up. Libraries offer opportunities for everyone and, in many cases, a safe place to be.

Most challenges to library resources in 2018 focused on materials and programs associated with issues of concern to those in the gay, lesbian, transgender, and queer communities, most notably drag queen story hours and books affirming transgender youth, like Alex Gino’s George.

Top Eleven Most Challenged Books in 2018. In 2018, the ALA Office for Intellectual Freedom (OIF) tracked 347 challenges to library, school, and university materials and services. Of the 483 books that were challenged or banned in 2018, the following are the top 11 most frequently challenged: 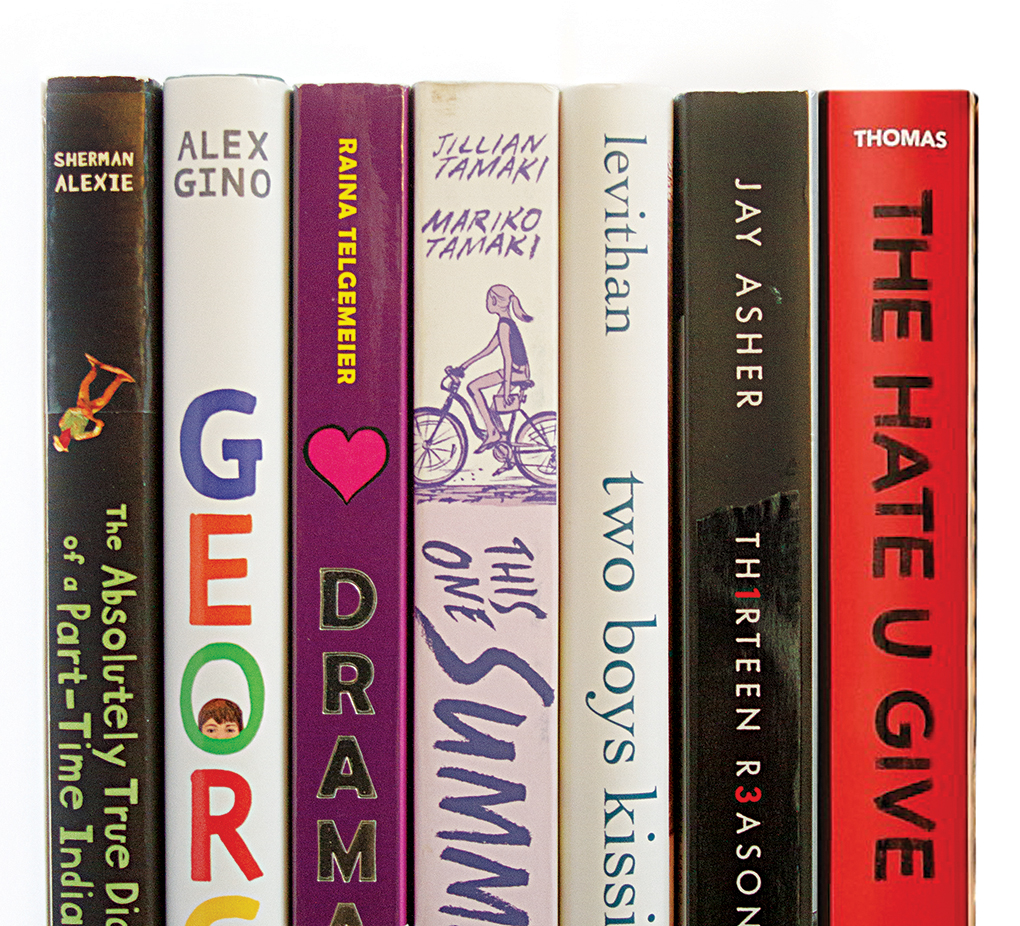 Eleven books were chosen this year instead of the usual 10, because numbers 10 and 11 in the list were tied for the final position. Both books were burned by a religious activist in Orange City, Iowa, in October to protest the city’s OC Pride event. OIF expanded the list to include both, in order to spotlight the repressive intolerance exemplified by the act of book burning and to remember that “he who destroys a good book, kills reason itself” (John Milton, Areopagitica). For the list of reasons why these books were challenged, see the Issues and Trends section of the report.

Inclusion. In many areas, the library is the only place that is truly accessible and inclusive for all. In 2018, libraries of all types worked diligently on programming to ensure that people of all types felt welcome and recognized. A new ALA grant initiative sparked reading and conversation about race and equity in libraries and schools across the country. Offered with support from the W. K. Kellogg Foundation, ALA’s Great Stories Club series on “Truth, Racial Healing, and Transformation” invited library workers to connect with underserved teens to read books that explore questions of race, identity, history, and social justice.

Homelessness and drug addiction. Libraries are in the midst of responding to two difficult societal issues affecting many of their communities.

The US Department of Housing and Urban Development serves more than 1 million people through emergency, transitional, and permanent housing programs each year. But the total number of people experiencing homelessness could be as high as 2 million. Homeless people rely on the public library for books, computer and internet access, and warmth. Staff at public libraries interact with almost as many homeless individuals as those at shelters do.

Homeless shelter director Ryan J. Dowd and film actor and director Emilio Estevez both have a mission to bring awareness to the public of the impact of homelessness and addiction on communities.

Dowd is executive director of Hesed House, a homeless shelter in Aurora, Illinois. His book, The Librarian's Guide to Homelessness: An Empathy-Driven Approach to Solving Problems, Preventing Conflict, and Serving Everyone (ALA Editions, 2018), provides guidance that will help public library staff understand and better serve the homeless population. The book:

Estevez’s 2018 film The Public tells the story of Stuart Goodson (played by Estevez himself), a city librarian who interacts with the homeless on a daily basis. Goodson supports the patrons in their takeover of the library when shelters are full and the temperature outside is freezing.

Every day, more than 130 people in the United States die from an opioid overdose. Addiction to opioids is a serious national crisis that affects public health as well as the social and economic welfare of American citizens. As its impact is felt in communities across the country, many public libraries are jumping in to respond. 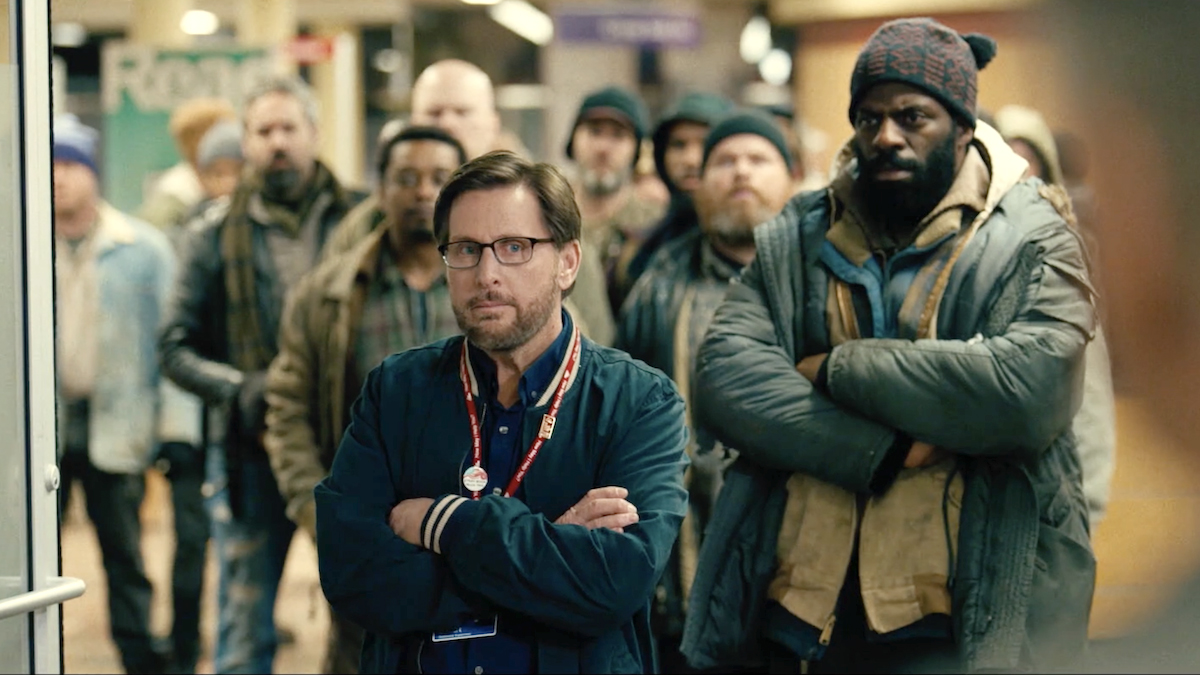 Federal issues. Funding for the Institute of Museum and Library Services (IMLS) was not only renewed but increased by $11 million over the past two years, despite being targeted for elimination by the president in his proposed FY2018, FY2019 budgets. The Museum and Library Services Act was reauthorized by Congress through 2025, sending a strong signal of support for libraries at the federal level and including improvements that give tribal libraries and those offering disaster preparation and recovery assistance greater access to IMLS funding.

Congress adopted the Marrakesh Treaty, making thousands of print and digital materials available across international borders to visually impaired persons and others with print disabilities.

Public access to government information increased with the passage of the OPEN Government Data Act, requiring federal agencies to publish government data in machine-readable and open formats and use open licenses. A more library-friendly version of the Music Modernization Act was passed, shortening copyright terms and extending federal protections to pre-1972 sound recordings.

Other major library trends. Since 2008, an increasing number of academic libraries are offering leaves of absence or sabbaticals to their professional staff on the same basis as other faculty. This benefit is available at 61.3% of associate-degree granting institutions, 31.5% of baccalaureate schools, 43.7% at comprehensive universities, and 46.6% doctoral/research institutions.

There are 90,400 public and private schools for grades kindergarten through high school in the US. Of those, 82,300 (91%) have school libraries, but only 56,000 (61%) have full-time librarians. However, schools with both a strong school library program and a certified school librarian ensure that their students have the best chances to succeed.

The 2020 Census, for the first time in US history, will be conducted primarily online. With guidance from the American Library Association (ALA) and its Public Library Association (PLA) division, public libraries will play an essentil role in helping their communities get counted accurately. PLA and ALA are partnering with the US Census Bureau and other stakeholders to ensure that libraries are informed and represented in policy discussions and planning processes. For the 2010 Census, more than 6,000 library locations hosted Census Bureau outreach activities; even more are expected to do so in 2020.

The Library of Congress is the largest library in the world, with more than 167 million items on approximately 838 miles of bookshelves, which would span roughly the distance from Washington, D.C., to Cape Canaveral, Florida.

Libraries are a smart investment. A recent study shows that for every dollar spent on Ohio public libraries, Ohioans received $5.48 in economic value.

A growing body of evidence suggests that students’ academic success is linked to library usage, including improved student retention and an enhanced academic experience.

Libraries play a critical role in the happiness of Americans. Communities that spend more on libraries, parks, and highways are shown to support the well-being of community members.

Librarians have long championed their community members’ right to access information privately, and serve as an essential refuge where everyone can check out materials or browse the internet without their information being shared.