Public libraries continue to play a vital and expanding role in serving their communities. Through innovative programs and partnerships, they are narrowing the digital divide and the achievement gap for low-income families, as well as expanding access to health information.

With more than 16,500 physical locations in communities of all sizes across the country, public libraries make powerful partners in bridging the digital divide. They are essential providers of public internet access, computers, and training that community members need to compete in today’s digital world. In February 2017, the Public Library Association (PLA) and Cox Communications announced a new partnership intended to strengthen and expand the organizations’ shared commitment to helping low-income students and their families use technology through greater access to digital literacy training in their local libraries and online at DigitalLearn.org.

Nurturing from a loving parent or caregiver in the early years of a child’s life supports healthy brain development that forms the foundation for success later. Public and school libraries are taking a proactive approach toward engaging caregivers in supporting children’s early literacy development. The Every Child Ready to Read (ECRR) program is an excellent tool to ensure libraries’ success. A study released November 17 by Susan B. Neuman (PDF), a professor of childhood education and literacy development at New York University, showed significantly greater engagement of parents and caregivers in the libraries that used the ECRR program.

Low health literacy is a major source of economic inefficiency in the US healthcare system. Nine in ten adults have difficulty understanding and making use of the health information they encounter every day. Last summer, PLA and the National Network of Libraries of Medicine (NNLM) launched a nationwide initiative to increase public library workers’ knowledge and skills related to consumer health services. PLA and NNLM are assessing health information needs among public librarians and sharing free resources and professional development opportunities that will help library staff better serve their patrons’ consumer health needs.

Public libraries have also worked closely with community partners to help find ways to address the national opioid crisis by supporting community efforts within their scope as learning organizations. PLA and WebJunction teamed up in September to present a virtual “town hall meeting” on the opioid crisis. They also created a Libraries and the Opioid Crisis Facebook page where library workers can discuss the health crisis and share resources. 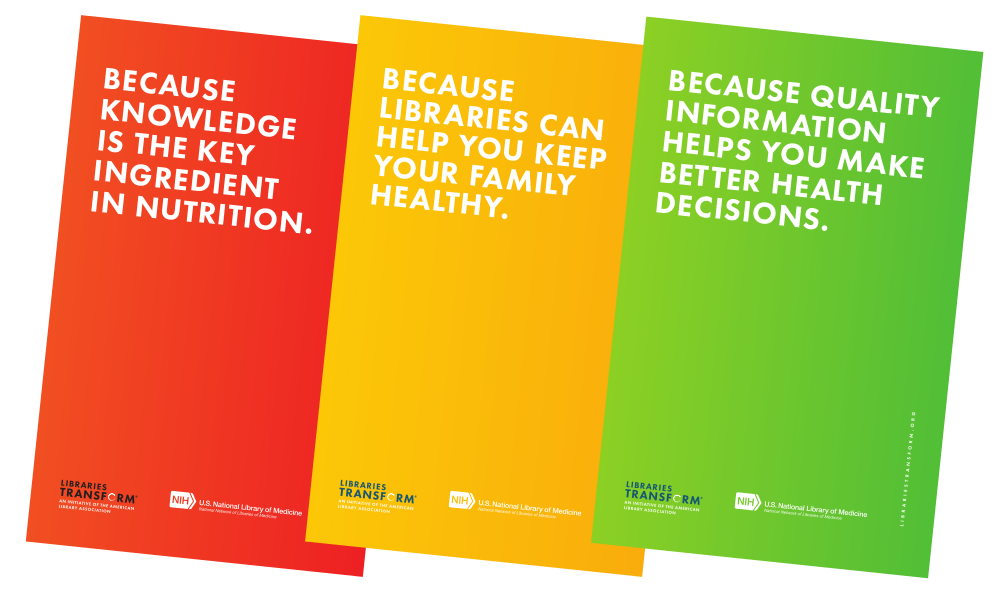 Playing these important roles that help communities address critical needs in technology access, education, and health is changing the public’s perception of libraries and shaping how libraries do business. Public libraries were recognized and rewarded at the ballot box with widespread support in 2017. A vast majority of local ballot measures to expand programs, staffing, services, or collections, were approved. 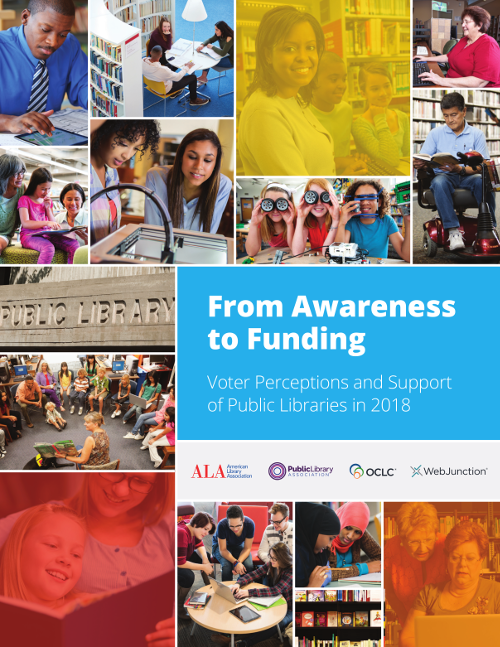 OCLC, the ALA Office for Library Advocacy, and PLA collaborated in 2018 to update the seminal research published in OCLC’s From Awareness to Funding report (PDF) in 2008 in order to get a current understanding of voter perceptions, use, and attitudes toward public libraries, librarians, and library funding.

Several themes emerged from the new survey, From Awareness to Funding: Voter Perceptions and Support of Public Libraries in 2018 (PDF), among them:

Infographic: "From Awareness to Funding: Voter Perceptions and Support of Public Libraries in 2018"

The 2018 survey was once again conducted by Leo Burnett USA. It reuses many of the same questions and the same segmentation as the original study to allow for comparison with the 2008 results. As with the original research, the survey findings are expected to generate important conversations about what the data means for future library planning and advocacy—which will then inform future local, state, and national initiatives.

In addition, the 2017 Public Library Data Service (PLDS) annual survey, which captures data on finances, resources, service usage, and technology from public libraries in the US and Canada, yielded some interesting findings: