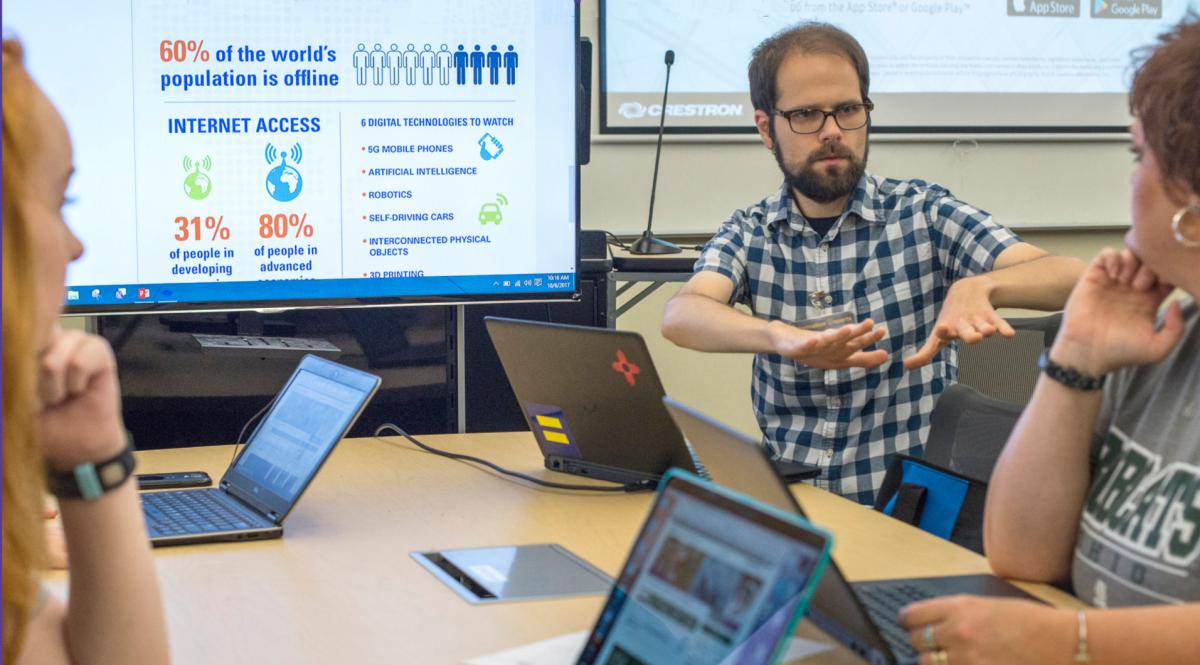 The 2017 Harvard Harris Poll on Crime and Safety in America reports that voters rank healthcare, economy and jobs, and terrorism and national security as the most important issues facing the country today. In uncertain times, people turn to trusted institutions, such as libraries, for reliable information resources. The Pew Research Center reports that a growing number of people believe librarians can help them locate information they can trust, and a majority feel that the library provides a safe place to work and relax. Libraries and librarians empower people to lead with cutting-edge technologies, paths to lifelong learning, and responsiveness to social issues.

The Every Student Succeeds Act (ESSA), signed by President Obama in 2015, reauthorized the Elementary and Secondary Education Act and replaced the No Child Left Behind version passed in 2002. For the first time, the legislation includes language on “effective school library programs” and student learning outcomes. In 2016–2017, the American Association of School Librarians (AASL) and the ALA Office for Library Advocacy led state workshops to inform school librarians about strategies designed to ensure that school librarians were included in the state ESSA plans

Public libraries lead in bridging the digital divide with 16,500 physical locations in communities of all sizes across the country. The resources and services of public libraries empower low-income families and expand access to health information.

Public libraries worked with community partners to help find ways to address the national opioid crisis by supporting community efforts within their scope as learning organizations. The Public Library Association (PLA) and WebJunction created a Libraries and the Opioid Crisis Facebook page where library workers can discuss the health crisis and share resources.

The ALA Office for Intellectual Freedom (OIF) reported that bans and challenges to remove or restrict access to library materials rose from 45 in 2016 to 91 in 2017.

The theme for 2018’s Banned Books Week, observed in libraries and bookstores across the country September 23–29, will be: “Banning books silences stories. Speak out!”

Illustration from Sex is a Funny Word (click image to enlarge)

Top Ten Most Challenged Books in 2017

OIF tracked 354 challenges to library, school, and university materials and services in 2017. Some individual challenges resulted inrequests to restrict or remove multiple titles. Overall, 416 books were targeted. Here are the “Top Ten Most Challenged Books in 2017”:

Many libraries struggled to fund the resources and staff training needed to address both the serious societal issues teens are facing as well as meet the needs of historically underrepresented groups. A 2017 member survey by the Young Adult Library Services Association (YALSA) indicated that 51.9% had reached out to teens who aren’t regular library users, and about the same number of respondents (51.2%) worked to build their own cultural competence skills.

Children encounter digital media in many places, including libraries, according to a recent report from the Erikson Institute’s Technology in Early Childhood Center (PDF). Libraries provide a space for families to connect with the digital tools and media that ensure their access to information. Children’s librarians are at the forefront of being trusted resources for the youngest members of their library communities.

The function of libraries as community centers is readily recognized. A Brookings Institution article even referred to librarians as “ad hoc social workers and navigators” who “help local people figure out the complexities of life.” This role is especially evident, and never more essential, than in times of crisis, and 2017 has had its share of adversity—from natural disasters to shootings on school campuses.

Threats to the Institute of Museum and Library Services (the agency that provides federal support for libraries and museums in the US) and to federal policies that impact public access to information were met with strong opposition from America’s libraries throughout the past year. By the time FY2018 officially began in October 2017, the Appropriations Committees from both houses of Congress had passed bills that maintained (and in the Senate, increased by $4 million) funding for libraries.

ALA’s Center for the Future of Libraries has identified numerous trends that will affect libraries. Among them are:

Aging. An aging workforce and population will impact the workplace, government budgets, policy, and family life. For libraries, this could mean a change in the profile of their users, and in the profile of librarians and library professionals.

Income inequality.  According to the Institute for Policy Studies, income inequality has been growing markedly for the past 30 years in the United States. Library services in support of skills development will likely become more important, empowering the upward mobility of people.

Connected learning. Social and digital media available via the internet will provide learners with limitless opportunities to seek and acquire new knowledge and skills. In order for connected learning to help level the playing field between the haves and have-nots, students must have regular access to new and emerging technologies and the internet. Libraries that offer access to these will be better able to integrate themselves into connected learning environments.