Academic, school, and public libraries continue to face an uncertain economy as they shift resources and services to meet the needs of the 21st-century digital world. The American Library Association launched a new public awareness campaign, “Libraries Transform,” to help shift the mindset that “libraries are obsolete or nice to have” to “libraries are essential.” This and other library trends of the past year, including the Top Ten Most Challenged Books of 2015, are detailed in the American Library Association’s 2016 State of America’s Libraries report, released during National Library Week, April 10– 16, 2016. 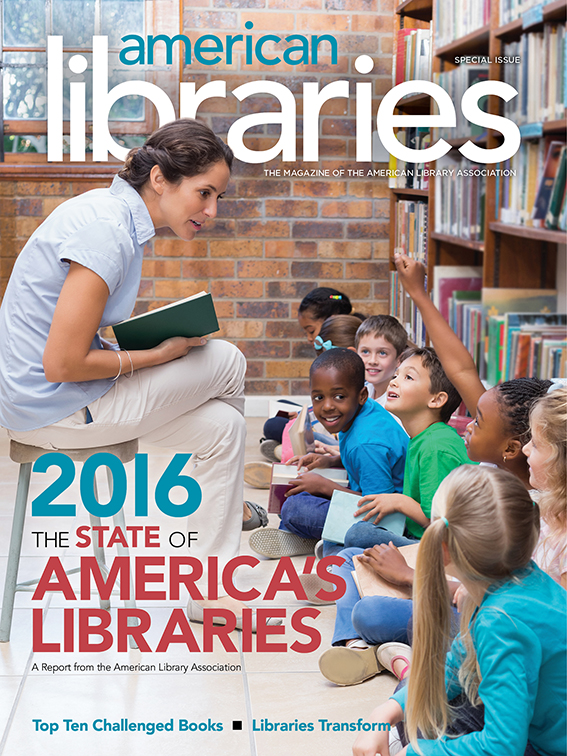