Six trustees elected to the Freedom to Read Foundation Board

CHICAGO — Six people were elected to two-year terms on the Freedom to Read Foundation (FTRF) Board of Trustees in the annual FTRF election held this past May. Current FTRF Vice President Barbara Stripling and former ALA President and FTRF Treasurer Jim Neal were both re-elected to the board. Karen Downing, Loida Garcia-Febo, Wanda Mae Huffaker, and John Spears were newly elected. The candidates will join the FTRF Board of Trustees following the Freedom to Read Foundation virtual meeting to be held June 23, 2020.

Learn more about the candidates: 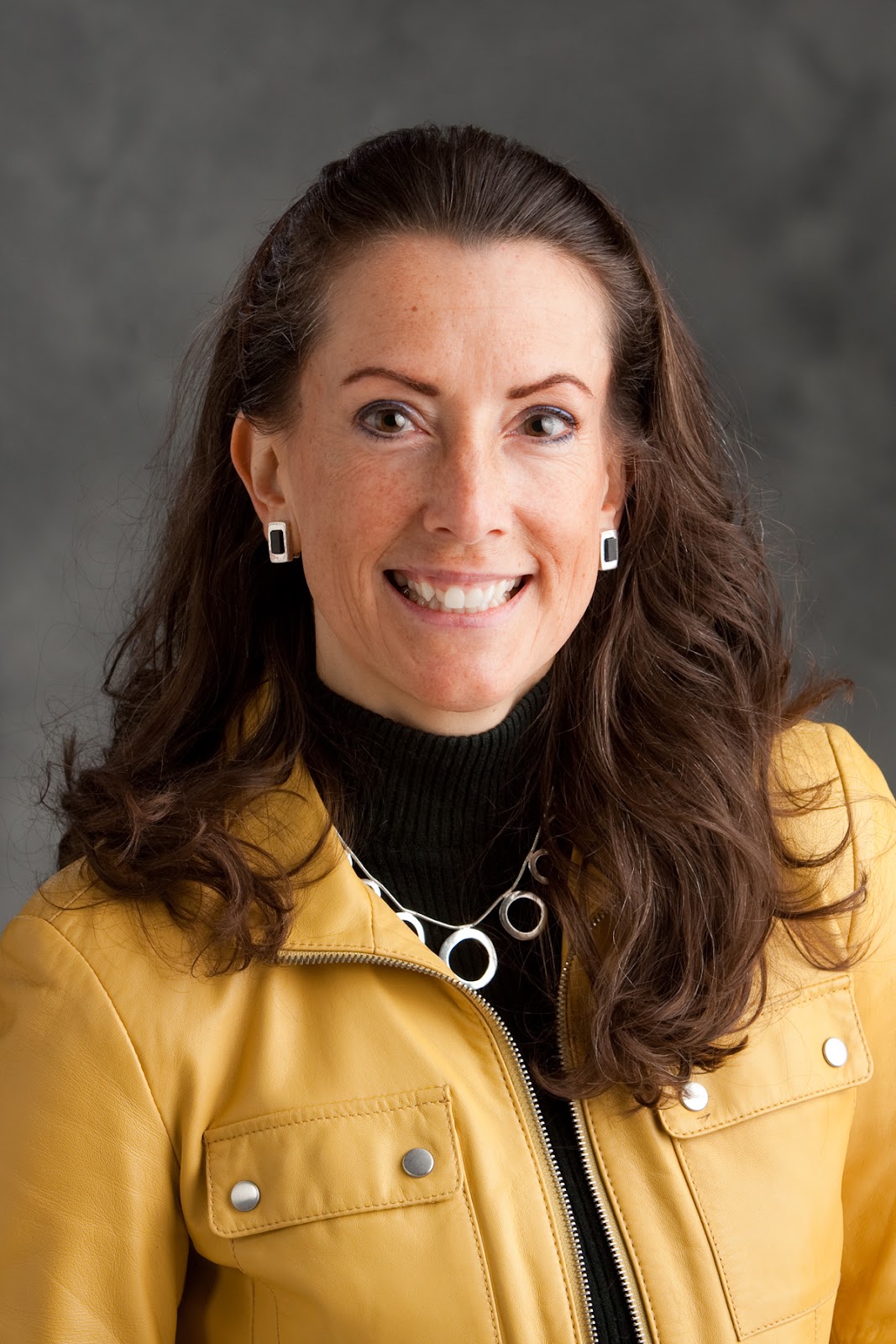 Karen E. Downing is the Education Librarian at the University Library, University of Michigan. She just finished a three-year term as a member of the American Library Association's (ALA) Executive Board and she is currently serving as a Councilor-at-large on ALA Council.

Karen earned her Ph.D. in Education in 2009 from the Center for the Study of Higher and Postsecondary Education and her M.I.L.S. in 1989, both from the University of Michigan (UM). In past positions she coordinated the social sciences at the U-M’s Library, directed the nationally renowned Peer Information Counseling program (a retention program for underrepresented students), served as Assistant to the Dean for Cultural Diversity, and as Coordinator of Academic Outreach. In 2009, she received the ALA Equality Award, and in 2010 she was named the first Diversity Research Center Visiting Scholar at Rutgers, Newark. She has been very active in ALA, ACRL, the Michigan Library Association, and the International Federation of Library Associations, having chaired the IFLA Committee on Education and Training. Among her many publications, she is the co-editor of Multiracial America: A Resource Guide on the History and Literature of Interracial Issues (2005), and more recently, On Being a Multiracial Librarian in a Mono-racially Conceived Library World (2017). Karen has dedicated her 30 years in libraries to increasing diversity within the profession, fighting for intellectual freedom and promoting library advocacy locally, statewide, nationally and internationally.iation’s (ALA) Executive Board and she is currently serving as a Councilor-at-large on ALA Council. 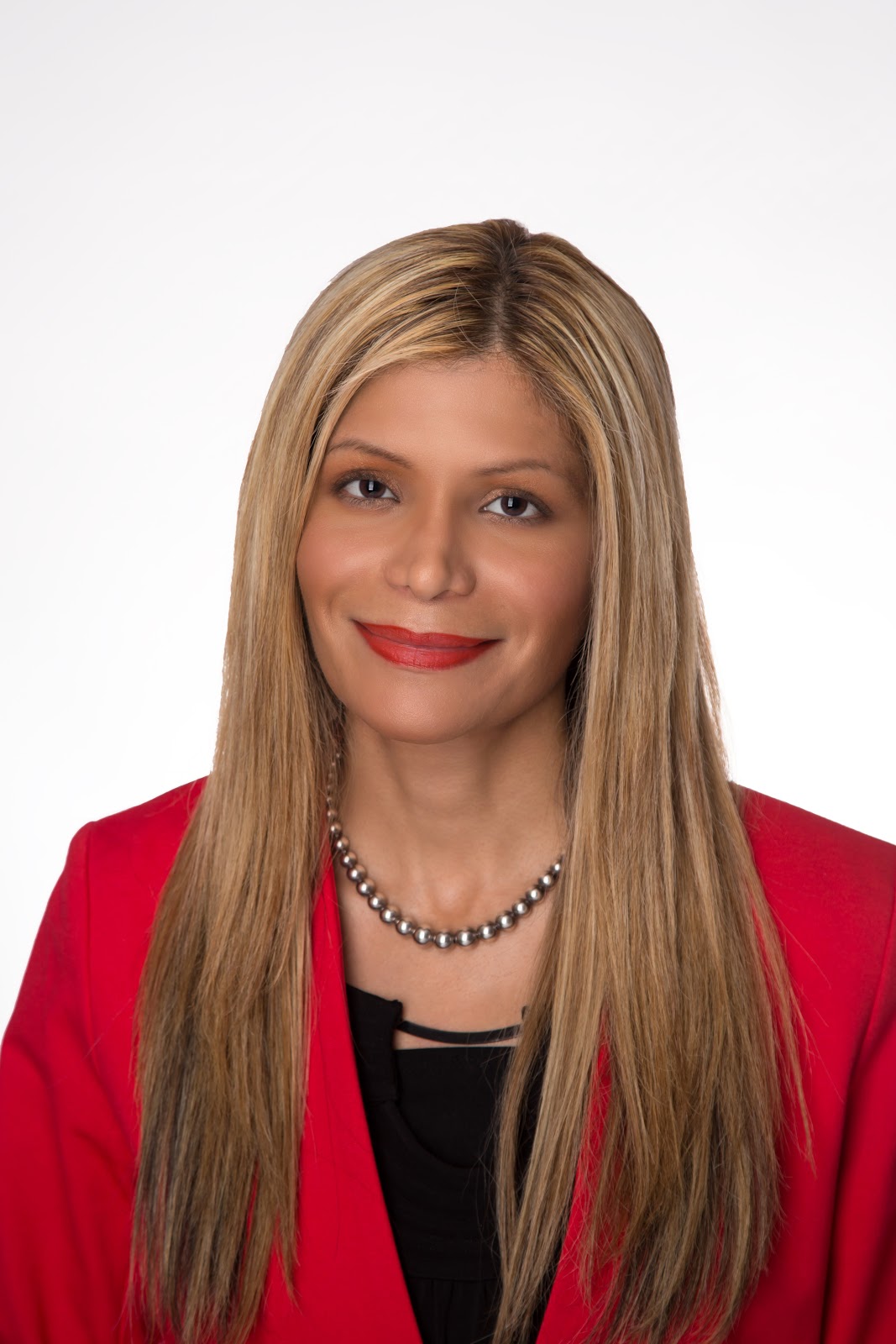 Loida Garcia-Febo is the Immediate Past President of the American Library Association, served as Chair of the Intellectual Freedom Round Table, long-time active REFORMA's liaison to the FTRF,and Officer of IFLA's FAIFE. Garcia-Febo is committed to serve diverse communities and to Equity, Diversity and Inclusion achieving joint historical signatory commitment from US library association's to EDI on which they are building new strategies to serve libraries and library workers. She is a long-time advocate of free access to information and freedom of expression. Has actively advocated at national and local levels for laws and measures protecting privacy, against censorship, supporting network neutrality and many other issues within the work of the FTRF. Garcia-Febo has collaborated with the FTRF, ALA’s IFC and IFRT speaking about freedom to read, ethics and diversity, intellectual freedom 101, and coordinating events to celebrate FTRF 45th anniversary. She is eager to serve and work together with the FTRF Trustees to move forward efforts to continue protecting and defending the First Amendment to the Constitution. 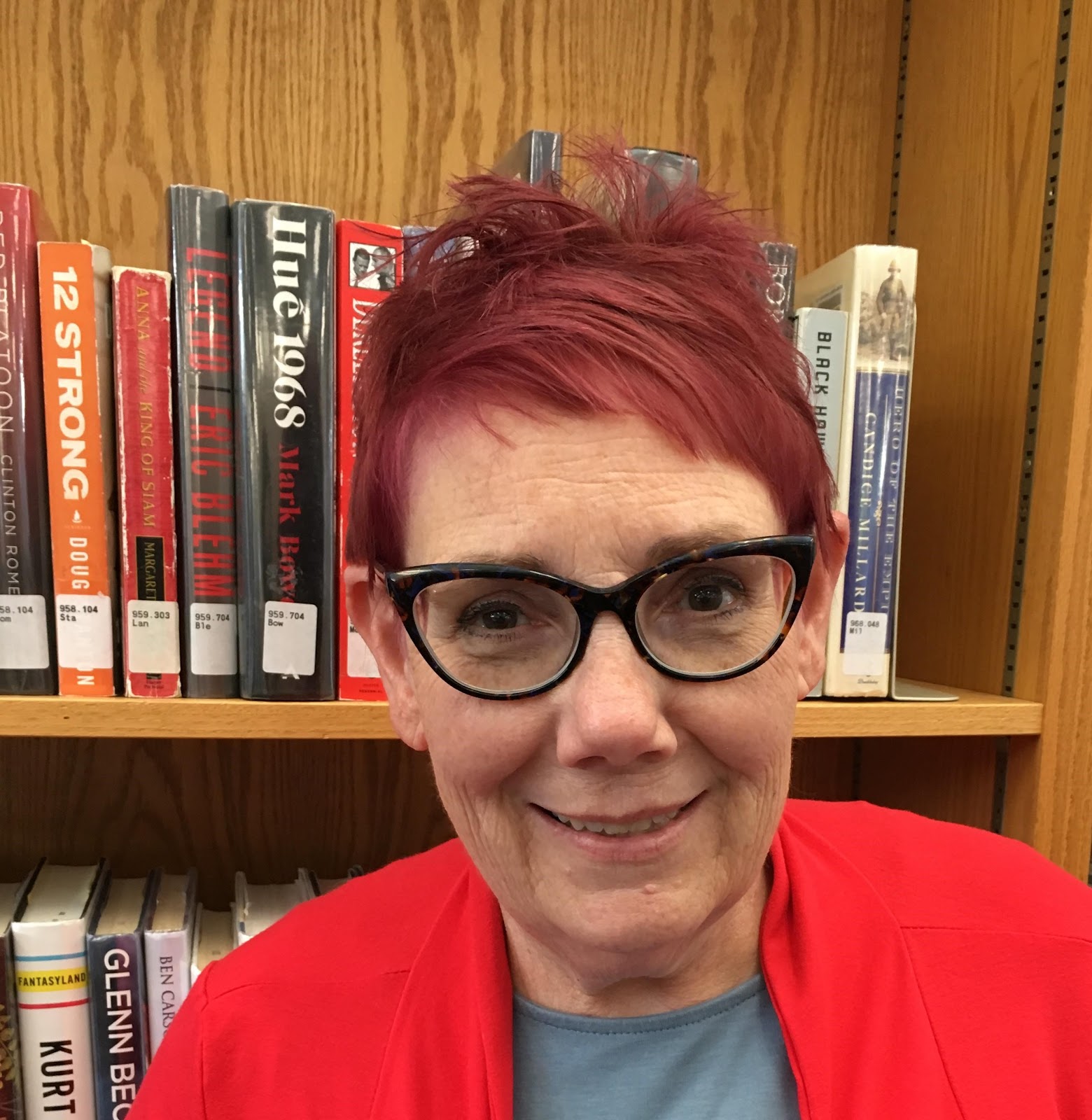 Wanda Mae Huffaker is the current chair-elect of the Intellectual Freedom Round Table (IFRT), and has served as Director at Large, and chair of Membership Promotion and Coalition Building Committees. She was the 2018 recipient of the PLA Gordon M. Conable Award. She served for ten years as chair of her chapter Intellectual Freedom Committee in her home state of Utah. The Freedom to Read Foundation was invaluable to me years ago when we were fighting to get "In Our Mothers' House" by Patricia Polaco, back on the shelves in a school district in our state. 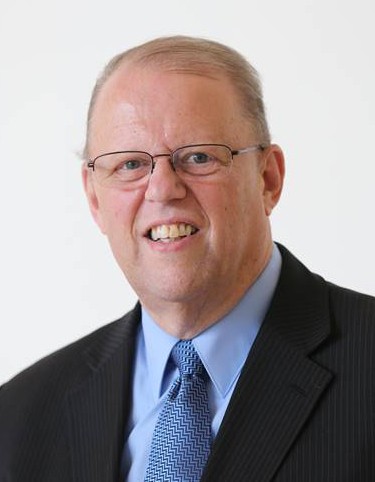 Neal is a frequent speaker at national and international conferences, consultant and published author, with focuses in the areas of scholarly communication, intellectual property, digital library programs, and library cooperation. He has served on the Scholarly Communication committees of ARL and ACRL and as Chair of the Steering Committee of SPARC, the Scholarly Publishing and Academic Resources Coalition. He has served on the university press boards at Columbia, Johns Hopkins and Indiana. He has represented the American library community in testimony on copyright matters before Congressional committees, was an advisor to the U.S. delegation at the World Intellectual Property Organization (WIPO) diplomatic conference on copyright, has worked on copyright policy and advisory groups for universities and for professional and higher education associations, and during 2005-08 was a member of the U.S. Copyright Office Section 108 Study Group. He was chair of the Association of College and Research Libraries (ACRL) 2017 National Conference, and coordinated the fundraising for the IFLA 2016 scholarship program. In 2019, he was appointed a Senior Policy Fellow at the American Library Association, with a focus on copyright and licensing, and working with the ALA Policy Corps.

He was selected the 1997 Academic Librarian of the Year by the Association of College and Research Libraries and was the 2007 recipient of ALA’s Hugh Atkinson Memorial Award and the 2009 ALA Melvil Dewey Medal Award. In 2010, he received the honorary Doctor of Laws degree from the University of Alberta. In 2015, he received the ALA Joseph W. Lippincott Award for "distinguished service to the profession of librarianship", and the Freedom to Read Foundation Roll of Honor Award. In 2016, he was awarded the Scroll of Appreciation by the International Federation of Library Associations (IFLA). And he is the recipient of the 2020 Miles Conrad Award from the National Information Standards Organization and the National Federation of Advanced Information Services. 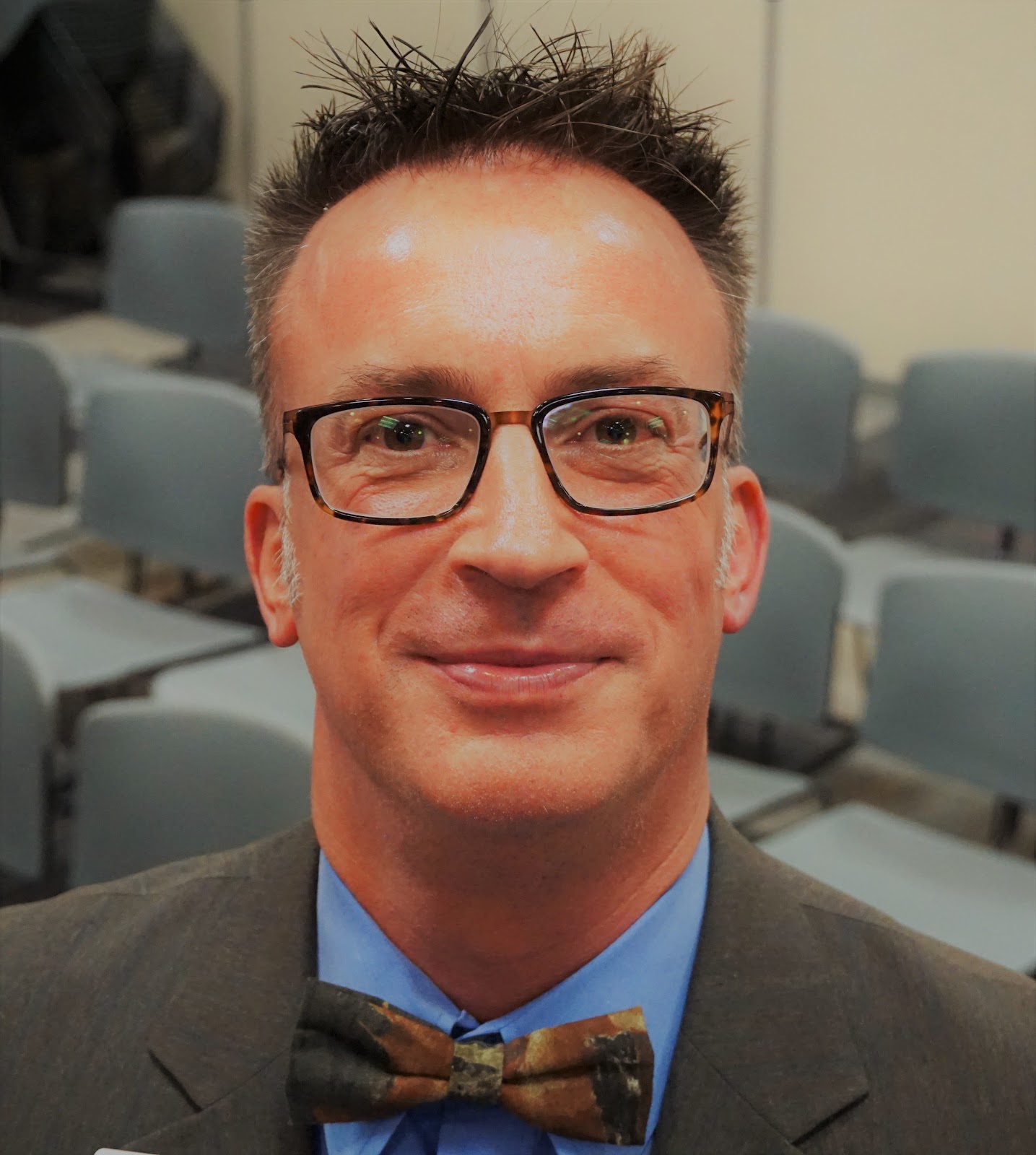 John Spears has been Chief Librarian and CEO of the Pikes Peak Library District (PPLD) in Colorado Springs since early 2016.  He has over 20 years of experience working in urban, suburban, and rural libraries, and prior to coming to PPLD he served as Director of libraries in Salt Lake City (UT), Naperville (IL), and Joliet (IL).  John is a Past President of the Library Leadership and Management Association, was the 2015 Utah Librarian of the Year, serves on the OCLC Public Library Advisory Committee, is active in the American Library Association—serving on the Intellectual Freedom Committee and ALA Past President Loida Garcia-Febo’s Presidential Advisory Committee, and is a member of the International Federation of Library Associations Advisory Committee to the Governing Board on Freedom of Access to Information and Freedom of Expression. Intellectual freedom is one of John’s passions, and he has been an invited speaker on that topic at numerous state, regional, and national conferences and at the American Embassy in the Republic of Georgia.

In addition to his work in the library profession, John’s other passions include serving those experiencing homelessness, working with young addicts to overcome their dependency, and promoting and participating in the arts. Within his own community, he serves on the Governing Board of the Pikes Peak Continuum of Care and the Boards of the Cultural Office of the Pikes Peak Region, Downtown Partnership of Colorado Springs, and Ithaka Land Trust. In his downtime, he enjoys traveling, hiking, and taking care of their three dogs with his partner, Brian. 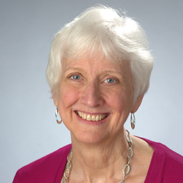 Barbara Stripling, recently retired, has had a long career in the library profession, including positions as Director of Library Services for the New York City schools, a school library media specialist and school district director of libraries in Arkansas, a library grant program director in Tennessee, and Senior Associate Dean and Associate Professor of Practice in the School of Information Studies, Syracuse University.

About the Freedom to Read Foundation

The Freedom to Read Foundation is a non-profit legal and educational organization affiliated with the American Library Association. FTRF was created in 1969 with the following purpose; promoting and protecting the freedom of speech and of the press; protecting the public's right of access to information and materials stored in the nation's libraries; safeguarding libraries' right to disseminate all materials contained in their collections; and supporting libraries and librarians in their defense of First Amendment rights by supplying them with legal counsel or the means to secure it.

The Freedom to Read Foundation is managed by a board of 15 trustees, 11 elected and four ex officio. Terms are two years, and board members may serve two terms. Trustees meet twice a year in conjunction with ALA Midwinter and Annual meetings.

Visit us at www.ftrf.org to learn more.