Building a Public Sector for eBooks

When books where printed, libraries were magical machines that could turn commercial objects into a public resources through the miracle of lending.  Now that books are becoming digital, commercial distribution and library distribution are having great difficulty coexisting. How can we build a vibrant and robust public sector for ebooks that benefits us all? (Hint: an important building block starts with the letter "L")

Eric Hellman is a technologist, entrepreneur, and writer. After 10 years at Bell Labs in physics research, Eric became interested in technologies surrounding e-journals and libraries. His first business, Openly Informatics, developed OpenURL linking software and knowledgebases, and was acquired by OCLC in 1996. At OCLC, he led the effort to productize and expand the xISBN service, and began the development of OCLC's Electronic Resource Management offerings. After leaving OCLC, Eric began blogging at Go To Hellman. He covers the intersection of technology, libraries and ebooks, and has written extensively on the Semantic Web and Linked Data. 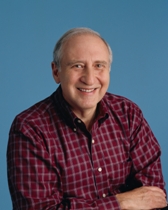 The rapidly changing world of web-based & mobile technologies affords new opportunities for empowering information professionals and enriching library patrons.  Visual analytics provides powerful tools for gaining insight, but new literacies are required to use them effectively.  Social discovery remarkably broadens opportunities by lowering the barriers to collaboration, but much research is needed to understand how to make social participation, crowdsourcing, and citizen science successful.  Networked communities through web portals and mobile devices have broadened discussions, producing high payoffs for some, but dangers will persist until positive action is taken by community leaders and informed citizens.

Ben Shneiderman is a Professor in the Department of Computer Science, Founding Director (1983-2000) of the Human-Computer Interaction Laboratory, and a member of the Institute for Advanced Computer Studies at the University of Maryland, College Park. He was elected as a Fellow of the Association for Computing (ACM) in 1997 and a Fellow of the American Association for the Advancement of Science (AAAS) in 2001. He received the ACM SIGCHI Lifetime Achievement Award in 2001. He is a member of the National Academy of Engineering.

He pioneered the highlighted textual link in 1983, and it became part of Hyperties, a precursor to the web. His move into information visualization spawned Spotfire, known for pharmaceutical drug discovery and genomic data analysis. He is a technical advisor for the treemap visualization producer, The Hive Group.

Ben is the author of Software Psychology: Human Factors in Computer and Information Systems (1980) and Designing the User Interface: Strategies for Effective Human-Computer Interaction (5th ed., 2010, with C. Plaisant). He co-authored Readings in Information Visualization: Using Vision to Think (1999) with S. Card and J. Mackinlay. His book, Leonardo's Laptop: Human Needs and the New Computing Technologies (MIT Press), won the IEEE Award for Distinguished Literary Contribution in 2004. His most recent book, Analyzing Social Media Networks with NodeXL: Insights from a Connected World (2011), was co-authored with D. Hansen and M. A. Smith.

After three decades of continuous library technology improvements and a budget crisis that has affected nearly every library in the world, we are left with the question: what will the library of the future look like?  We  have seen huge cuts in expensive brick and mortar spaces and  collections, in-person services and programming, and other face-to-face library services.  At the same time, we are finally realizing the high return on investment for library web, mobile, hardware, and software services.  The budget crisis may force us to face our inefficiencies and drastically re-engineer our services and the way we provide those services to our customers.  The legacy system is burning down all around us.  What will emerge from the ashes?  Will it most closely resemble the Star Trek universe or the Starbucks culture?  A little of both or none of either?

Sarah Houghton is best known as the author of the award-winning Librarian in Black.  She is also the Director for the San Rafael Public Library. Sarah is a big technology nerd and believes in the power of libraries to change lives.  Combined, they make a fearsome cocktail. Sarah has been called an iconoclast, a contrarian, a future-pusher, and a general pain in the ass.  She takes great pride in each.  Her first book came out in 2010: Technology Training in Libraries and she is a frequent speaker for online and realspace worldwide events for libraries and other institutions.