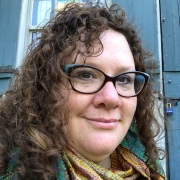 Central to the core service mission of libraries is supporting the intersection of innovation, resilience, and exemplary service. Library technology acts as the linchpin – connecting patrons to information and to wider topics around knowledge creation and dissemination. The power of LITA is in our membership. We have the potential to be the most effective voice for library technology on a national and international level. To provide the ability to research, implement, and lead professional transformations, while committing to a culture of inclusion and diversity. We must invest in educational initiatives, advocacy, and information sharing and take advantage of the talents and commitments of our colleagues by increasing partnerships and clearly articulating our vision for the future within ALA and throughout our profession. Perhaps most importantly, LITA should remain a home for all who seek one. There is a place for you here and we welcome your voices.

I have had the distinct honor of helping to reshape the structure and governance of the Samvera community, to help lead strategic planning efforts with the Fedora community, to set the strategic direction of the Avalon project with our partners at Indiana University. I have had the pleasure of working on the board for DuraSpace and have been instrumental in the intent to merge discussions recently announced with Lyrasis.

I've been proud to represent LITA interests with IFLA for the last few years, that I have hosted and helped organize LITA's first and second Avram Camp, and that I was asked to serve on the Operations Working group working on the proposed merger between LLAMA, ALCTS, and LITA.

Were you a Spectrum Scholar?

< Go to the 2019 Election Information page