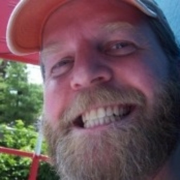 As an advocate for LITA (and ALA) members, libraries, and library users, I will continue to encourage grass-roots efforts to improve ALA. There are ongoing discussions about streamlining the Association to be more open and accessible to all members; I would like to continue to help make this happen. In addition to guiding and encouraging improvement of ALA services and underlying technologies, your ALA Councilor should be aware of national and international policy debates affecting libraries, and library users. Some relevant policies include: access to information, personal data protection, and preservation. ALA’s internal debate should be informed by people who are aware of how technologies in use today could be affected, depending on the resolution of these policy debates. I will be glad to continue to be a conduit for LITA members to inform Council debate on issues important to each of us.

As informal secretary for several ad hoc taskforces to generate successful adoption of unit- and member-initiated resolutions and organizational adjustments I built consensus and tracked document versions. Topics included ALA election process, gun violence, and surveillance among others. The surveillance resolution redevelopment required negotiating common ground from among various constituencies with differing priorities - the mentioned resoultions were approved.

Were you a Spectrum Scholar?

< Go to the 2019 Election Information page