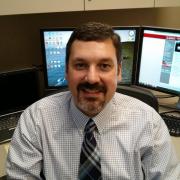 While technology is a pervasive part of librarianship, many librarians do not think of themselves as technologists and therefore do not always consider what LITA can do to help inform and support their efforts to plan, implement, and manage technology solutions in their respective jobs. LITA webinars, publications, and other resources successfully showcase our value, making it important that we market these offerings to the broadest possible audience. Likewise, increasing LITA’s collaborative efforts with other ALA divisions will also improve our exposure and open up new opportunities. We must get our message out, but there remains a need to better engage our existing membership. Mentoring new members and taking a personal approach to helping them get involved are a few paths to pursue. LITA is a multifaceted organization and is dependent on leadership that recognizes the importance of the mixture of education, publications, collaboration, and membership in securing its future.

ALA and/or ALA-APA Activities:

ALA Library Instruction Round Table Top 20 Article of 2011 for "Rethinking the Library Game: Creating an Alternate Reality with Social Media" in Journal of Web Librarianship; 2009 Library Leadership Board Faculty Award, University of Alabama.

My involvement in the profession has included over two dozen state, regional, and national presentations and publications including six LITA Forum presentations. I am a tenured Associate Professor elected twice by my peers to the University of Alabama’s Faculty Senate (2010, 2012) and have served as a member of that body’s Steering Committee. I was the first Head of Web Services at the University of Alabama Libraries (2007) and subsequently directed the growth of the department from 1.5 to 5 FTE. I also rebuilt the University Libraries’ web infrastructure and sites to use dynamic, database-driven content. More recently, I have managed development of our open source, home-grown digital collections application (http://acumen.lib.ua.edu). I directed the selection, implementation, and management of two search discovery interfaces (AquaBrowser in 2009 and EBSCO Discovery Service in 2011). I also led the group that created an instructional alternate reality game for the University Libraries (2009). While technology and librarianship are my focus, I recently contributed a chapter to a historical work on Alabama during the Civil War and Reconstruction.