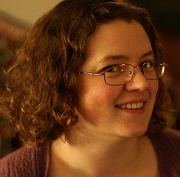 My themes for LITA are identity, investment, and inclusion.

*Identity* means articulating clearly whom we serve; aligning our programs and services with their needs; and communicating this to current and prospective members.

*Inclusion* means reaching out to a broad range of library technologists, ensuring diversity in our leadership, and holding ourselves to high standards of hospitality.