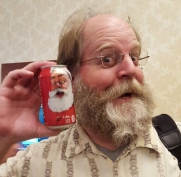 As an ALA Life Member and as an advocate for LITA members, library technologists, libraries, library users, and the public good, I will move forward efforts re-thinking and improving how LITA disseminates our information savvy and technology prowess. In addition to guiding and encouraging improvement of ALA services, LITA should be aware of and actively participate in national and international policy debates affecting libraries, library services and library users. Some relevant policies include: personal data (privacy, protection, aggregation, and use thereof), preservation (physical, electronic, locked, obsolete technologies), orphaned works, and wiretapping. I will continue to inform LITA's (and ALA's) internal debate by keeping the Association aware of how technologies in use today could be affected, depending on the resolution of these policy debates. I will be a conduit for LITA members to inform LITA & ALA discussions on these and other issues.

May I please have your vote?

"My" major accomplishments are hard to quantify - pretty much everything I've succeeded in accomplishing in LITA, ALA, and libraries has come about through collaboration. Collaboration with like-minded people and also with differently-minded people. As the ALA Parliamentarian reminds us, assume everyone is working with the best intentions for improving the Association. I was part of efforts (though our now Executive Director did the real work of it then!) which brought forward the previous, ALA Connect-based, conference scheduler (a great improvement!); I've been part of efforts which have brought together disparate parts of ALA with differing ideas about how to best move ALA priorities forward and produced resolutions and actions which were approved of by all parties. We are at our best when we work together, especially when we put our differences together and build on each others' strengths.

See my ridiculously complete (all the way back to my 4th grade paper route!) Curriculum Vitae: http://webspace.ship.edu/awdobbs/cv_full.pdf