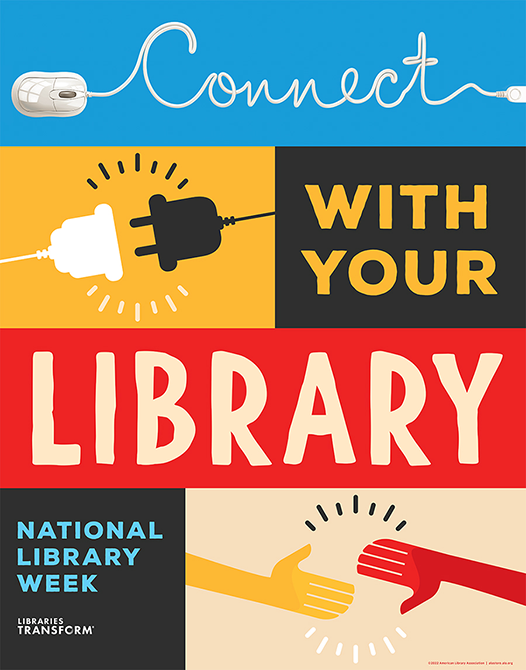 Thank you to 2021 National Library Week Honorary Chair Natalie Portman and everyone who participated!

The theme for National Library Week 2022 (April 3-9) is "Connect with Your Library."

Sign up for the Libraries Transform newsletter or visit this page in the future for updates.

In 1957, the committee developed a plan for National Library Week based on the idea that once people were motivated to read, they would support and use libraries. With the cooperation of ALA and with help from the Advertising Council, the first National Library Week was observed in 1958 with the theme "Wake Up and Read!"  The 2018 celebration marked the 60th anniversary of the first event.

National Library Week is made possible by:

Thank you to Dollar General Literacy Foundation for funding The American Dream Starts @ your library program.