Libraries are full of stories in a variety of formats from picture books to large print, audiobooks to ebooks, and more. But there's so much more to the story. Libraries of Things lend items like museum passes, games, musical instruments, and tools. Library programming brings communities together for entertainment, education, and connection through book clubs, storytimes, movie nights, crafting classes, and lectures. Library infrastructure advances communities, providing internet and technology access, literacy skills, and support for businesses, job seekers, and entrepreneurs. National Library Week 2023 will be a great time to tell your library’s multi-faceted story.

Check back later this winter for free tools to celebrate and information about the 2023 Honorary Chair.

There's More to the Story poster, bookmarks, and mini-poster file are available at the ALA Store. 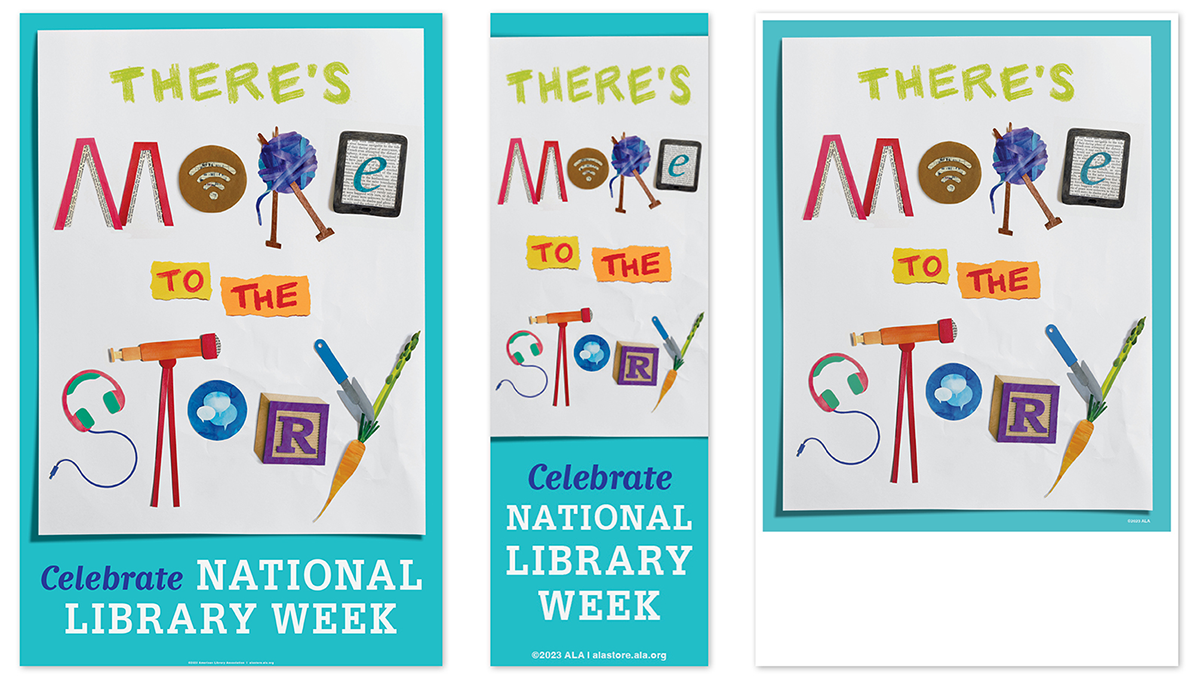 In 1957, the committee developed a plan for National Library Week based on the idea that once people were motivated to read, they would support and use libraries. With the cooperation of ALA and with help from the Advertising Council, the first National Library Week was observed in 1958 with the theme "Wake Up and Read!"  The 2023 celebration marks the 65th anniversary of the first event.

National Library Week is made possible by: