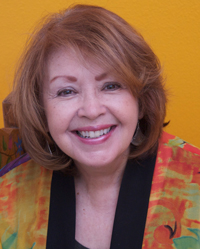 As celebrated by libraries and librarians, Día is an enhancement of Children’s Day, a celebration which took hold in 1925 following the World Conference for the Well-being of Children in Geneva, Switzerland as a day to bring attention to the importance and well-being of children. Each country selected its own day for the celebration with Mexico and many other Latin American countries choosing April 30.

In March 1996, while being interviewed in Tucson, Arizona, the author and poet Pat Mora learned about the holiday celebrated in Mexico. Realizing that the United States had nothing similar, Pat proposed linking Children's Day, the celebration of childhood and children, with literacy and bilingualism, creating a new holiday: El día de los niños/El día de los libros.

With assistance from members of REFORMA, the National Association to Promote Library and Information Services to Latinos and the Spanish-Speaking, Mora further developed the concept and began planning for the first celebration, to be held on April 30, 1997. Other organizations, including MANA del Norte, a women’s group in Santa Fe, New Mexico, and librarians, including Oralia Garza de Cortés and Veronica Myers, quickly offered their support for the celebration. REFORMA later voted to endorse this celebration of family literacy and became a founding supporter and leader in promoting the initiative throughout the United States and Puerto Rico. On April 30, 1997, the first El día de los niños/El día de los libros celebrations were held in Santa Fe, New Mexico; Tucson, Arizona; and El Paso and Austin, Texas.

In 1999, Pat Mora and her family established the Estela and Raúl Mora Award in honor of their parents to promote El día de los niños/El día de los libros and in 2000 the first Mora Award was presented to Austin (TX) Public Library.

The American Library Association formalized its support for El día de los niños/El día de los libros in 2001 when the Association for Library Service to Children (ALSC) applied for and received a W. K. Kellogg Foundation grant to promote the concepts of El día de los niños/El día de los libros. As a result, ALSC produced a tip sheet for librarians who were launching their own events and a brochure that librarians could distribute to parents. The W. K. Kellogg Foundation awarded a second grant to ALSC in 2002 to produce and distribute another Día brochure, in Spanish, for parents. In 2002 and 2003 the W. K. Kellogg Foundation also funded Día projects in North Carolina, Texas, and Arizona. In Texas, the grant funded a statewide model and resources for Día, while the University of Arizona hosted a meeting of a Día National Advisory Committee.

By 2004, El día de los niños/El día de los libros had become a tradition in many schools and libraries and found its permanent home with the Association for Library Service to Children.

In 2007, Target became the first official national sponsor of Día, providing funding for libraries to receive complimentary bilingual brochures about Día and mini-grants to help establish or enhance local programs at eight libraries. In 2008, Dora the Explorer, the children's television character who shares her  adventures in learning on public television, was featured on the Día poster, bookmarks, and brochures, bringing Día into the main stream of popular culture. Other national sponsors and partners have included the National Council of Teachers of English, Reading Rockets, and publishers like HarperCollins, Children’s Book Press, and Cinco Puntos Press. Support from these sponsors has included distribution of posters and other promotional materials, discounts for libraries purchasing bilingual resources, and the development of guides to assist in program development.

2011 marked the 15th anniversary, the Quinceañera, of Día, a celebration that continues to grow and reach more children and families. More than 300 libraries reported their activities through the ALSC Día database and librarians celebrated at a party at the ALA Annual Conference in New Orleans, LA. Also in 2011 Dollar General Literacy Foundation supported fifteen mini-grants of $4,000 or $6,000 for the expansion of El día de los niños/El día de los libros in libraries that demonstrated a need to better address the diverse backgrounds within their communities.

Eager to point out that the importance of literacy, books and reading should not be relegated to a single day, promoters of Día adopted the motto “Día! Today and Every Day of the Year.” The celebration has grown up around the April 30 events, with many libraries conducting programs and events for much of April and May, as well as throughout the year.

In preparation for 2012 Día celebrations, ALSC added additional content and reorganized the Día website, with additional support from Dollar General Literacy Foundation, and continues to sponsor Día-related webinars. We hope you'll take a few minutes to explore the resources available here and support Día and its ideals.

For more information about the Día celebration please take a look at this fact sheet.