Celebrating colleagues with 25 years or more years of ALSC membership 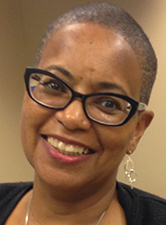 Where did you attend library school?

What was your very first library position?

My first teaching/library position was at Hutchinson Elementary School, on the east side of Detroit. Library was a prep release class. Teachers who had a library prep would bring their classes down to the library. I would support/supplement the English Language Arts curriculum by reading stories that were aligned with the curriculum themes. We would also do a variety of activities. I also taught some "research" type activities: teaching students how to use encyclopedias and other reference resources.  At that time, our school was not wired for the internet, nor did the library have computers for students to use. Eventually, we were wired for the internet and we did get a few computers.

What do you love most about your current job?

I love our school community! The students, parents, and staff! We are a family. We support one other and we all care about our students, socially, emotionally, mentally, artistically, and academically. Before the pandemic, it was normal to see students dancing in the hallway, video-recording for a radio/broadcast show, practicing their lines for a play, singing in harmony, and other artistic acts. Some days during lunchtime, students would come into the library. Some would sing, dance, and/or play an instrument. As talented as these students are in their art, some of them needed academic support. Most of the students were reluctant readers. My biggest joy came when I connected the right book to a reluctant reader. They were reading and I loved it!

My favorite season is summer. I love the sun, heat, and humidity. I also do not work in the summer. When I retire, and am no longer working, summer will still be my favorite season.

Do you have any pets?

I have a beautiful black/white cat named Miracle. I found him in our cluttered back porch during the pandemic. He was abandoned by his mother, and had an eye infection. I named him Miracle because he survived abandonment, eye infection, and had no other infections/diseases. Caring for him helped me mentally.  To say I have spoiled him is an understatement.

Who is the last person you said "Thank You" to?

The last person I said "thank you" to was my sister. She and I live together. She brought a box of books to me that was left on the porch by UPS.

What is your favorite term people use to describe you?

What was the single-most influential event in your lifetime?

I actually have two influential events. The first one was when a branch librarian suggested to me that I become a librarian. At the time, I was teaching court-ordered parenting classes, and we would hold the classes in the library. He convinced me that I would be a good librarian, and it would only take two and a half years to earn the degree. I took his advice. After I graduated, I was immediately hired by Detroit Public Schools, who had a critical shortage of school librarians in their district. Whenever I share this story, without apology, I tell people it was God that made this happen.

My second most influential event was going to Ghana. That trip grounded and centered my African soul. When I saw those castles, the door of no return, and other tourist sites, I became more in tuned with my African spirit. From that point forward, I began to embrace my African identity. I began to dress in African clothes and I studied more African history.