Dear Donia,
How do I remove photos mounted to black paper in an album from the 1920s? 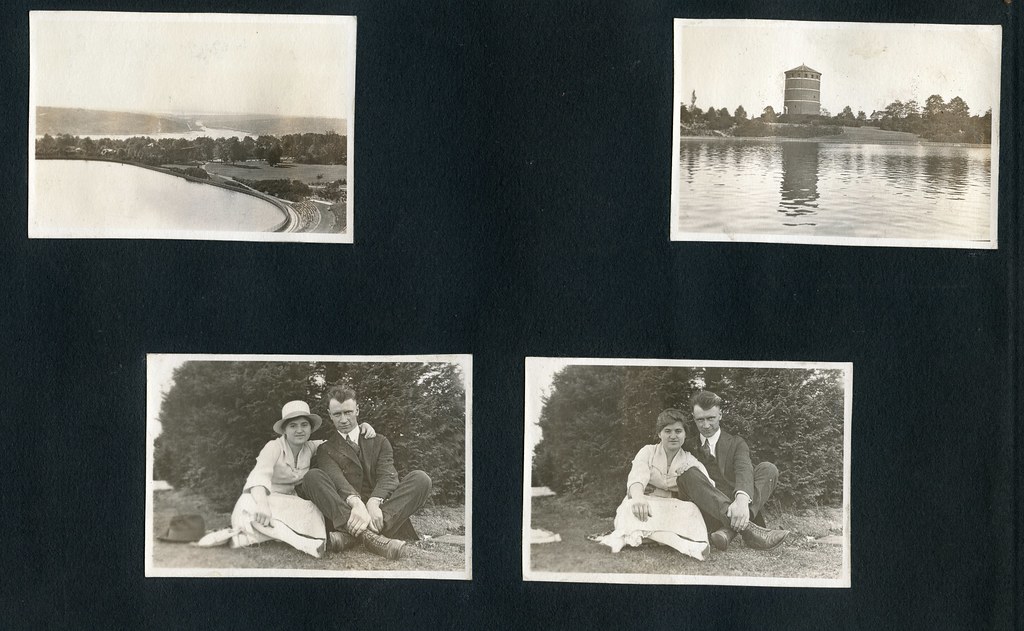 How do I un-mount photos that have been glued down to a black-paper album from the 1920s? Thanks, Tim

The ease of removing photographs from a black-paper album will depend on several things.

First, are the photographs on one side of the page or both. If only on one side, you can simply cut them out and work at removing the black paper as discussed in the following point. If they are glued on both sides, we need to ask a second question.

Third, what sorts of photographs do you have. If you have sturdy photographs on the heavier fiber-based papers that were common, you will have a little more leeway than if you have earlier albumen prints that are on a much lighter paper.

Once you get the photographs off of the paper, you can reduce the amount of black paper on the back by placing the photograph face down on a non-abrasive surface (glassine or another glossy paper works well for this) and mechanically remove the remaining black paper gently with the side of a palette knife or a blunt table or paring knife. The idea is to work slowly to remove the layers of paper fibers without gouging or puncturing the photograph below.

Most importantly, take your time and be gentle. If you try to rush things, you will damage the photographs. If you run into trouble, stop, take a break, and come at it with a fresh perspective. Best, Donia