Dear Donia,
How do I preserve polyester film reels? 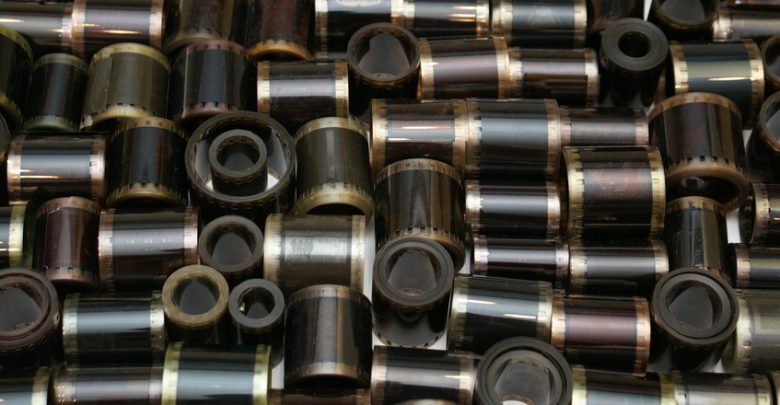 I recently acquired a full-length feature film from 2005 consisting of six reels of 35mm film on standard cores. I was told the film is polyester. Beyond the basic environmental considerations (temp, humidity, ligth, etc.) what would be the best method(s) for protecting and preserving the film? The reels are currently housed in standard plastic reel cans (I am assuming they are made of a safe plastic). The cans are all the same size and are larger than the reels (which vary in size), so they slide around when moved. Would it be safe to put archival tissue paper around them to hold them in place? Would metal cans be better than plastic? Are there any other storage options besides reel cans? Many thanks, Sean

What an exciting piece of film memorabilia to have! If the film is from 2005, you do have polyester film. While the film itself is chemically stable, it does not mean it is physically stable if not stored properly.

I would hesitate to assume that the plastic reel cans you have are chemically stable. If you can smell the plastic, it is not stable. What you smell are the plasticizers being given off and this will not be safe for the film, particularly the dyes. To be sure, you might want to invest in some new cans such as these from our sponsor Hollinger Metal Edge. These would help prevent the film from sliding around in the can. However, I would hesitate to add anything to the can as it might not have passed the Photographic Activity Test and anything paper could also abrade the film. Metal cans are not necessarily better as they will rust over time and become very difficult to open.

Ideally, the cans will be stored flat so the size is not necessarily critical although you do want the cans to match the size of the reel. If the film is color, you will want to consider cold storage as the dyes will fade over time, particularly in warm and humid environments. The National Park Service has a great tutorial on cold storage to help you know what you need to do.