Linda White (nee Crichlow) is a 2001 Spectrum Scholar. After graduating from the Catholic University School of Library Science in 2003, Linda went on to serve as a School Library Media Specialist at Montgomery County (MD) Public Schools until her retirement. 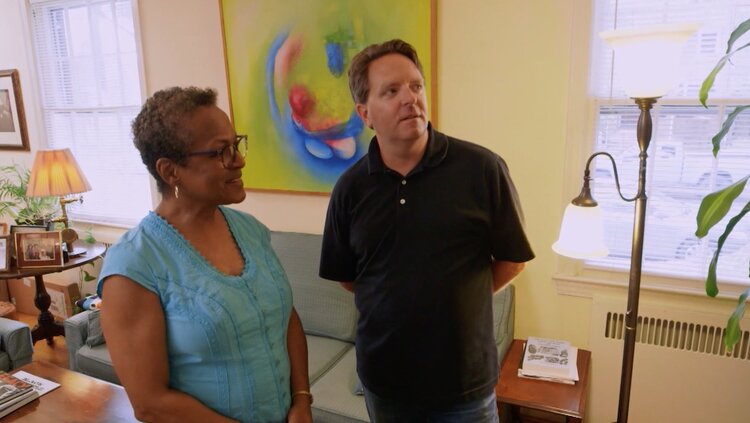 The Legacy List with Matt Paxton follows families as they downsize and Matt Paxton’s team works to expertly pack the family’s treasured items. After speaking with Michelle Oliver about the opportunity, the White family agreed to have their downsizing experience documented.

In the midst of a pandemic and a hot Washington, D.C. summer, with face masks and proper sanitation equipment, over 15 camera and production crew members descended on Eric and Linda’s home to help tell their story—both the downsizing part and the family history part.

Like many families, and maybe library professionals especially, the Whites already had a lot of history on their family possessions. The Whites had an extensive collection of photographs as both sides of their families took a lot of photos over the years. In addition to the photographs, Linda, who is a member of several genealogy societies and president of the James Dent Walker Chapter of the Afro American Historical and Genealogical Society (Washington, D.C.), had many papers pertaining to her family. 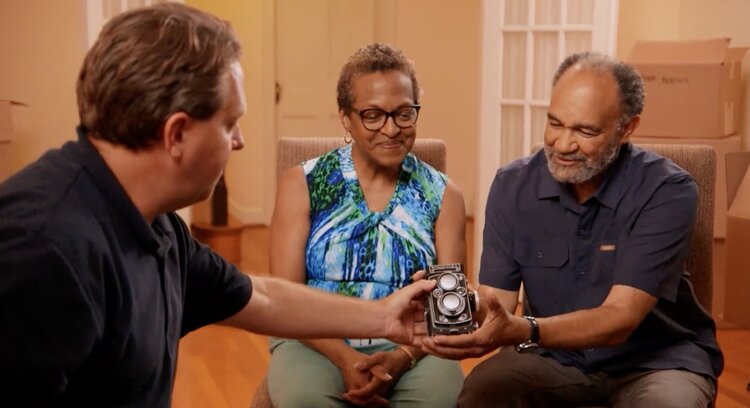 The episode includes searching for a bracelet owned by Linda’s grandmother who died in 1926 and who Linda never knew. The segment shows a four-generations old photo that includes Linda’s grandmother (wearing the bracelet) and another ancestor (Linda’s second great grandmother) who had been enslaved at Appomattox Courthouse where General Lee surrendered to General Grant at the end of the Civil War. Matt and the team also locate cherished items like a samurai sword, an old camera, and a restrictive housing covenant. As the episode concludes, Linda notes, “the lesson for everybody is every family has a story.”

You can catch Linda and Eric’s episode, Turning the Page, on PBS. Keeping in mind that, while the program is very interesting viewing, it’s reality TV!