New video PSA from “The Art of Racing in the Rain” star Milo Ventimiglia highlights the power of libraries!

Please help us spread the word by posting it on your website, social media, and more!

Facebook: Take it from @artofracingmovie star Milo Ventimiglia: “Libraries are so powerful.” Thanks for spreading the word about the importance of libraries!  http://bit.ly/ventimiglia-psa #LibrariesTransform #ArtOfRacing

Instagram: @miloanthonyventimiglia from the upcoming @artofracingmovie wants you to know: “Libraries are so powerful.” We couldn’t agree more! #LibrariesTransform #ArtOfRacing 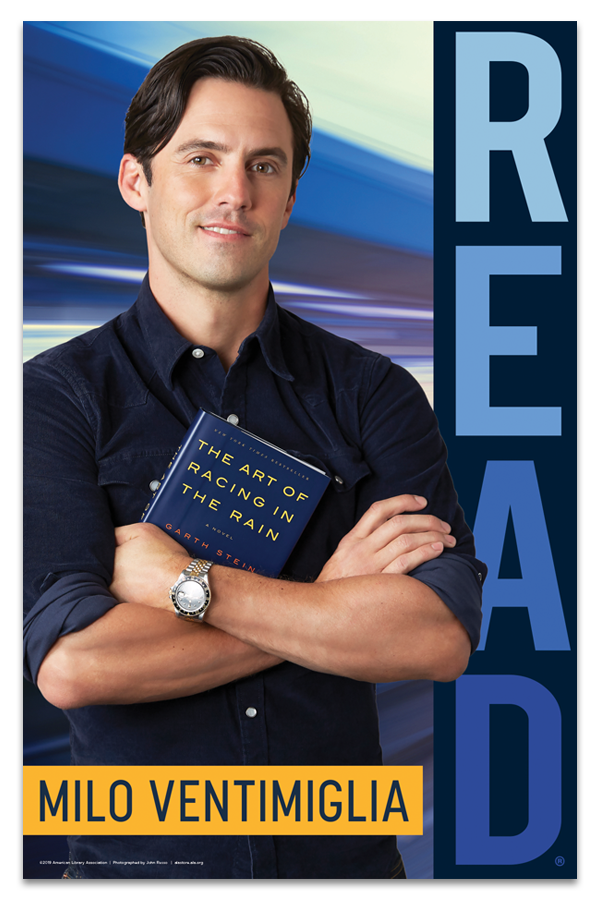 Get the new READ® poster featuring Milo Ventimiglia at the ALA Store!

About Milo Ventimiglia & “The Art of Racing in the Rain”

Actor, director, and producer Milo Ventimiglia is best known for his roles on television dramas This is Us, Gilmore Girls, and Heroes. His role as Jack Pearson on This is Us has earned him two Emmy Award nominations for Outstanding Lead Actor in a Drama Series. Milo has also starred in both studio and independent films and will be seen in the upcoming Fox 2000 feature film “The Art of Racing in the Rain,” an adaptation of the international best-selling novel by Garth Stein. The story focuses on a family dog named Enzo and the lessons learned by his human owner, a professional race-car driver named Denny Swift, played by Milo. When Milo isn’t in front or behind the cameras, he is involved with the Iraq and Afghanistan Veterans of America organization (IAVA) which supports veterans who need help when they return home from the war.