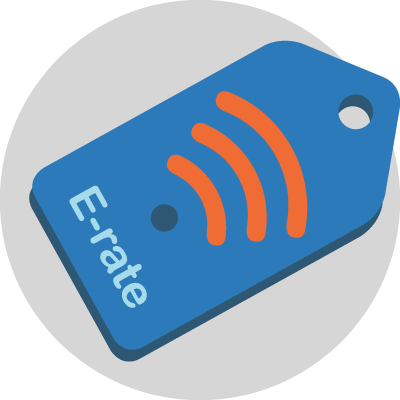 "Universal Service" refers to the principle that all people in the United States should have access to advanced communications services. At one time, that meant having access to telephone services. As the internet has become central to the way we live and work, this principle now includes access to internet services. In practice, the Telecommunications Act of 1996 requires telecommunications companies to contribute money to the federal Universal Service Fund. This fund, administered by the Universal Service Administrative Company (USAC) and overseen by the Federal Communications Commission (FCC), supports programs that subsidize internet connections for 1) people with low incomes, 2) people who live in remote and rural areas, and 3) public libraries and K-12 schools.

E-rate, also known as the Universal Services Schools and Libraries support mechanism, is the program that provides discounts to public libraries as well as K-12 schools on telecommunications services, internet access, Wi-Fi equipment, and some closely related costs like internal cabling. E-rate has played a pivotal role in helping libraries connect their users to the Internet. In 2014, the FCC adopted two sweeping orders to modernize the E-rate program. In addition to raising the program's annual spending cap to $3.9 billion, the FCC approved regulations prioritizing broadband and Wi-Fi and encouraging competition in the marketplace by allowing support for libraries to build their own networks.

Initial feedback from the library community indicates changes to the E-rate program are having a positive impact, especially in increasing broadband capacity and Wi-Fi access. But not all libraries have yet benefited from the new provisions, owing to difficulties in the application process, delays in administration, and lack of awareness. Policy makers in the FCC, Congress, the White House, U.S. Department of Commerce, and elsewhere are urged to preserve and strengthen the E-rate program, empowering libraries and schools to provide online opportunities for all Americans, whether in urban, suburban, rural, or tribal areas. 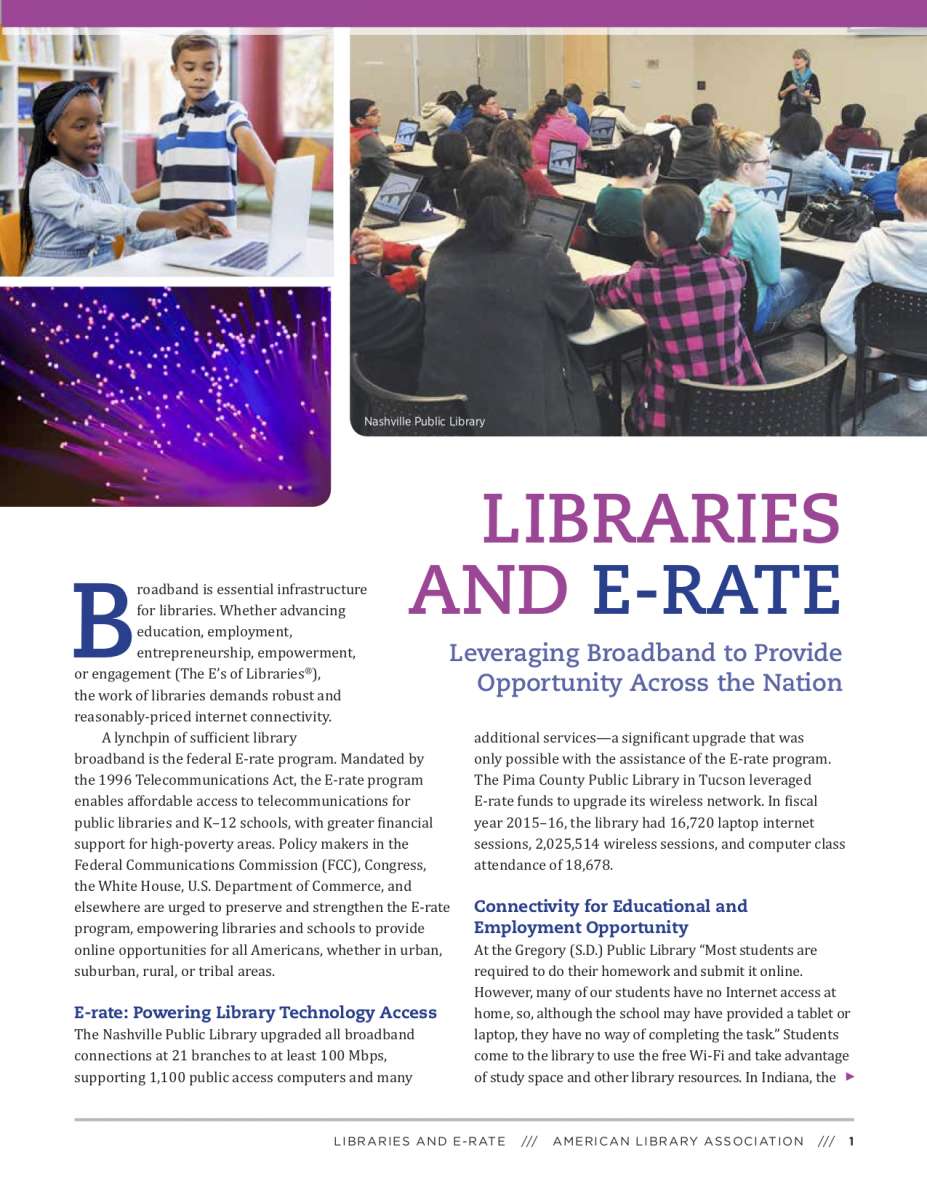