You Better Work: Creating Inclusive Programming in the Face of Opposition

“Drag queens will read to kids at Cherry Hill library, and it sounds like fun” read the headline in the May 31, 2017 edition of the Philadelphia Inquirer. If only it had been that simple.

In early 2017, I began planning for the third running of my “Pride at the Library” event series, celebrating LGBTQ+ Pride Month in June. Previous years’ programming had included film screenings, book discussions, and informational sessions from local organizations like PFLAG Collingswood. Inspired by Drag Queen Story Hour, created in San Francisco and hosted by libraries, bookstores, and community centers in major cities, I looked for a way to bring a drag queen storytime to Cherry Hill Public Library, an independent municipal library located eight miles east of Philadelphia, Pennsylvania in Cherry Hill, New Jersey. As this would be the first program during “Pride at the Library” aimed directly at a youth audience, I made sure to connect with all levels of decision-makers, looping in our youth services supervisor, PR/marketing director, and library director. Director Laverne Mann informed our library board and mayor’s office. 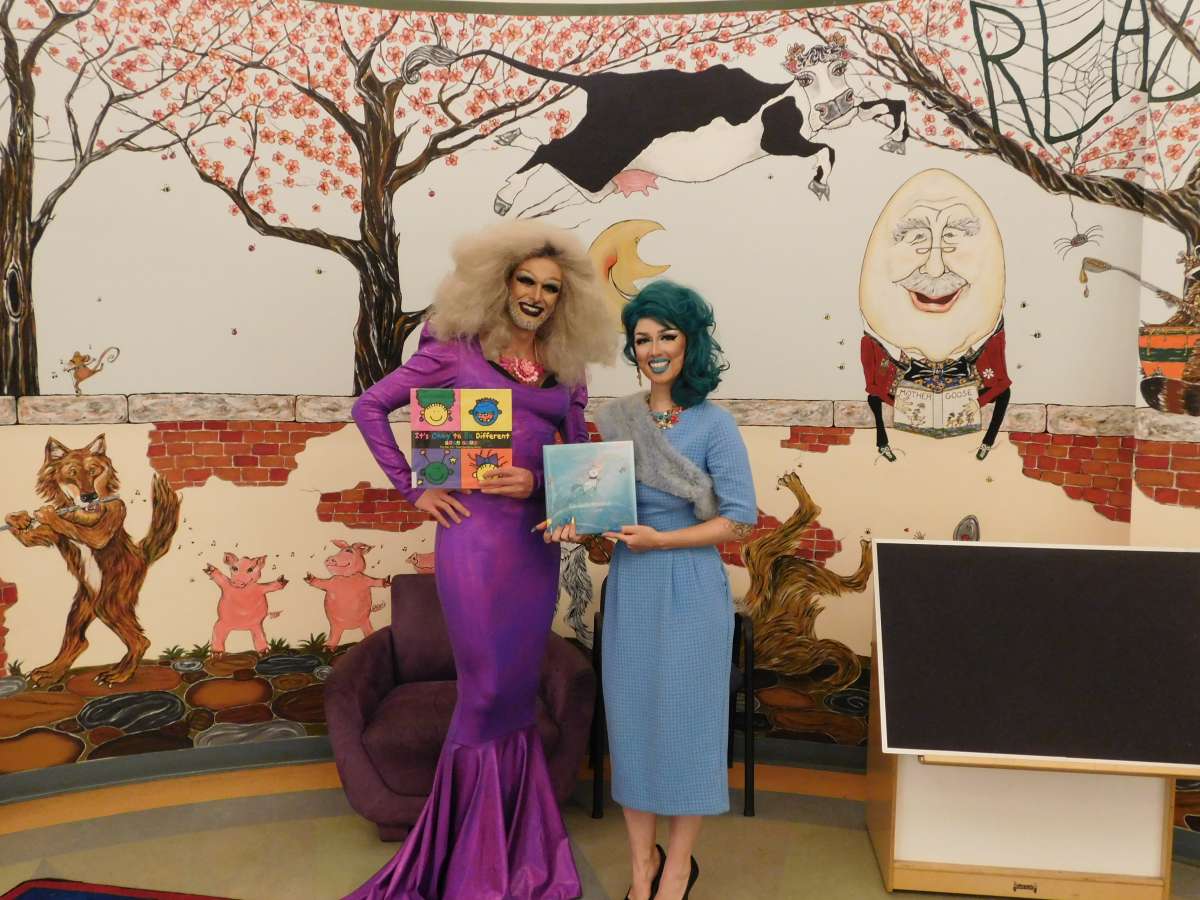 Once everyone had approved of the program, I moved on to planning. As a member of the LGBTQ+ community and a big fan of local drag, I had a few personal connections. Our selected queens were excited to volunteer their time to read to kids in full costume. We invited them to the library to observe an all-ages evening storytime to watch our librarians in action. As we worked on the program, our PR director pitched the story to local news outlets. Registration opened and we were pleased to see families signing up.

Then the National Review reposted a blog titled “Tax Dollars Are Paying for Drag Queens to Read Stories to Children” and things exploded. We began receiving phone calls and emails from news outlets looking for comment, and negative voicemails from anonymous callers. Fortunately, because we had informed stakeholders well in advance, no one was caught off-guard by the sudden attention. Our PR/marketing director had been part of the conversation from the beginning, so we had developed language that explained how a drag queen storytime would fit in with existing youth programming, as well as our library’s goals and values of inclusion, diversity, and encouraging literacy. 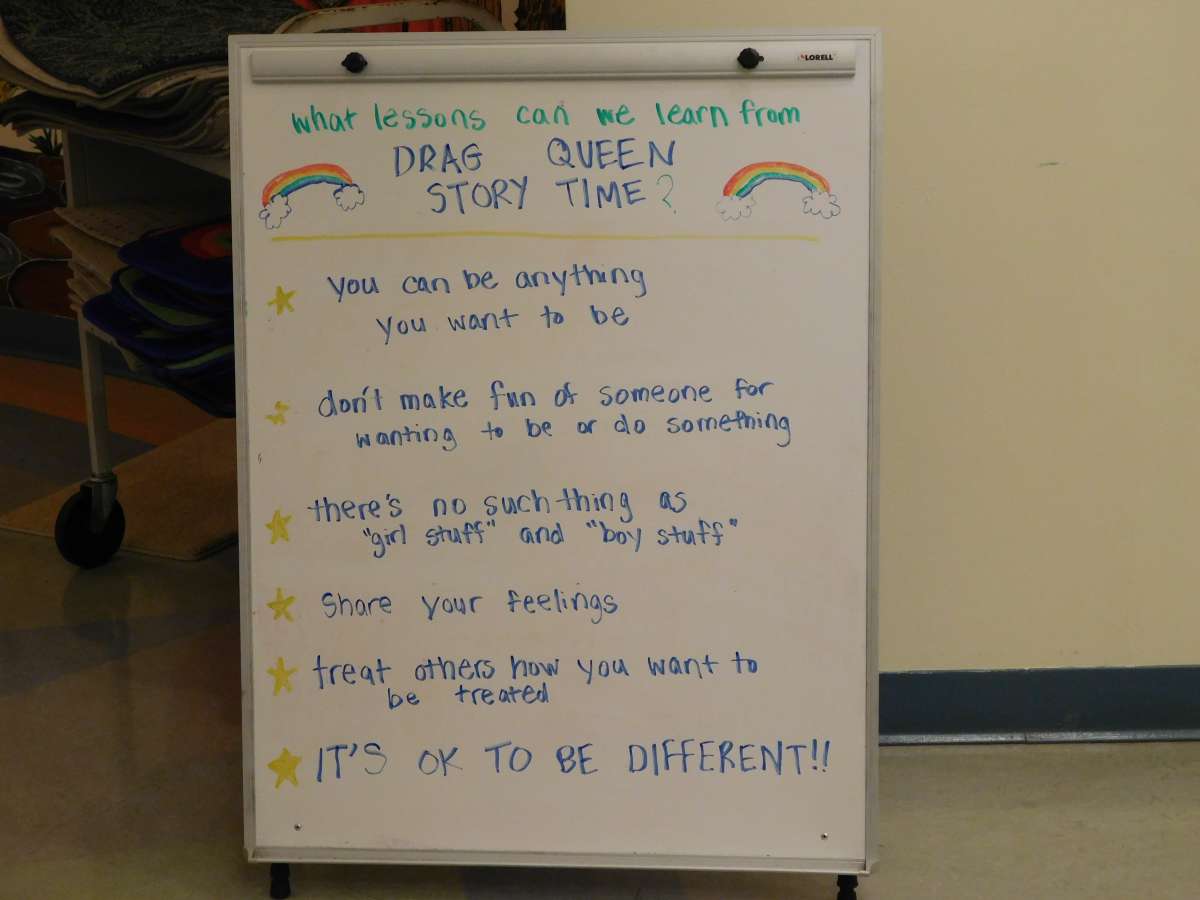 This preparation came in especially handy when a local news station appeared with no notice and began interviewing patrons as they left our library. As I was on duty that night, I was able to speak with the reporter directly and affirm our intentions for this program. When the segment aired, I was pleased to see our patrons confirm what I had known from the beginning – if they didn’t feel the program was appropriate for their child, they did not plan to attend, but none of those interviewed said that the program should not happen. Another patron even shared that her brother was a drag queen! In the end, we had to add an additional storytime to accommodate all the families that wanted to attend. On the night, we had a great response from our families in attendance. Happy children in sparkles and princess dresses sang songs and made colorful unicorn horns as our queens read Jessie Sima’s Not Quite Narwhal and Todd Parr’s It’s Okay to Be Different. 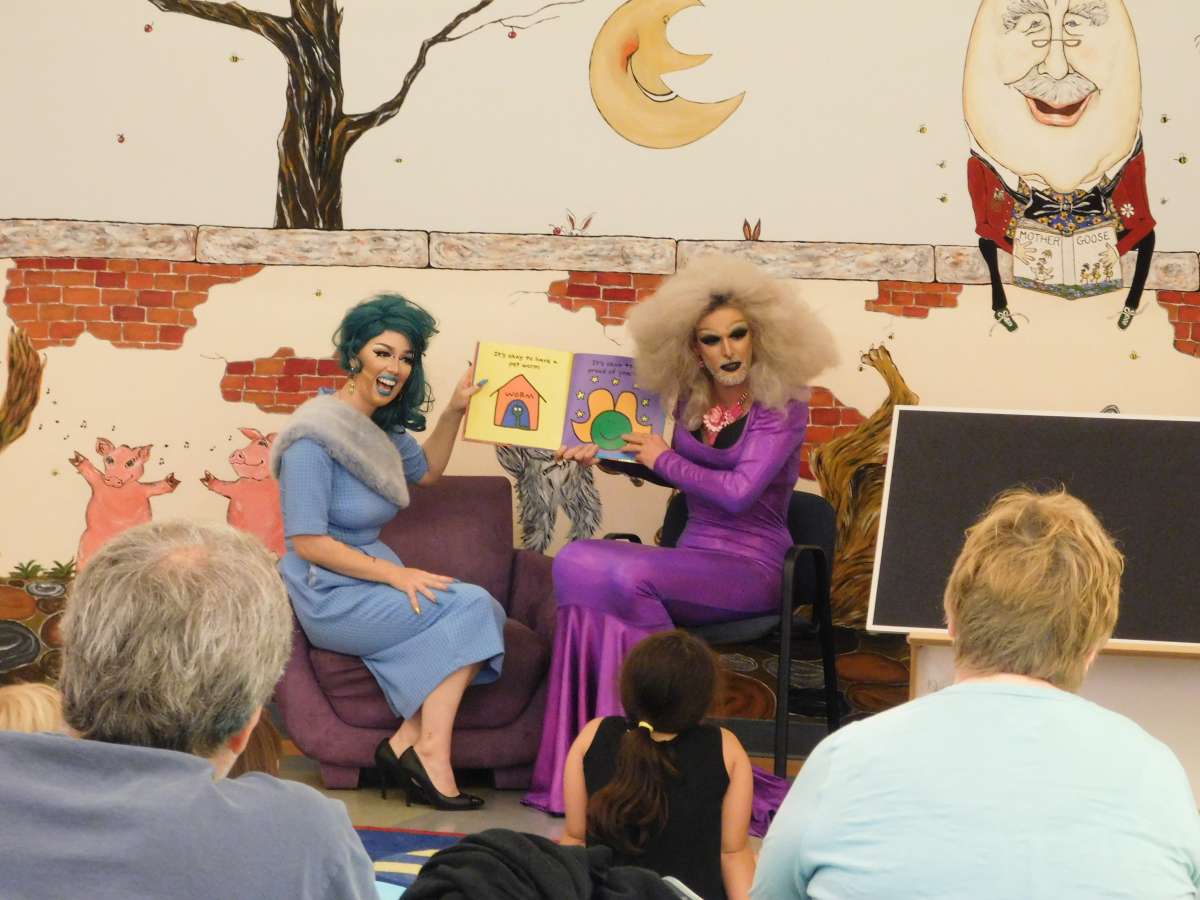 We’re seeing increased pushback to drag queen storytimes across the country, but I want to encourage my fellow librarians to do what we do best - be brave, be prepared, and serve your community! Youth programs that promote acceptance and diversity have an impact for not only your LGBTQ+ patrons, but for your entire community. Libraries are for everyone, and we should stand firm against challenges that ultimately go against library values.