Public Charge and Its Potential Impact on Library Services

A few months back I was approached by a patron. She asked me if I knew about public charge and its implication to those who were seeking residency status or citizenship. She was concerned for a family member who had recently withdrawn herself and family off all public assistance. This cousin has a child with a chronic condition and the patron was worried that this child was no longer covered by government-sponsored health insurance. Unfortunately, I couldn’t give her an answer as I was only vaguely aware about public charge.

Public charge is a term used to describe someone who is “primarily dependent on the government for subsistence, as demonstrated by either the receipt of public cash assistance for income maintenance, or institutionalization for long term care at government expense”. The 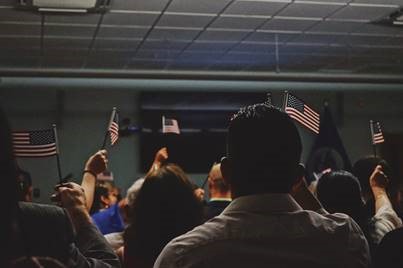 idea of public charge has been around since the Immigration Act of 1882 but has not been actively enforced. Then on October 10, 2018, the Department of Homeland Security (DHS) published a proposed rule related to public charge in the Federal Register. The proposed rule is not current law and DHS asked for public comment on this proposal. Public citizens were asked to put in their comments by December 10, 2018. Though the proposal is many steps away from being a rule and being implemented, the proposal has led to confusion. Many of those receiving public assistance of any type, including those who are exempt from public charge such as refugees and DACA recipients, are worried that receiving public assistance will somehow hinder their chances of attaining residency status (green card) or citizenship.

So, what does this mean to libraries and other community organizations who serve immigrants?

At our library, we have seen a noticeable drop in English class attendance. I am not sure if the observed decline in participation was directly related to the announcement of a proposed rule related to public charge. But in speaking with other community-serving organizations, we could all agree that we had seen the trend of our patrons/clients/patients either not applying or re-applying for services. This included services that are not considered public charge. Some of the services who have experienced reduced participation rates in my community have included but are not limited to: Free/Reduced School Lunch, Child Care Assistance programs, housing assistance programs, health insurance (Medicaid, Medicare), and Medical Care and Mental Health Services.

What can we do to help our patrons?