On July 20, 2020, the Prince George’s County Memorial Library System (PGCMLS), PGCMLS Foundation, and three partners in Prince George’s County convened a timely conversation with Dr. Ibram X. Kendi on his landmark book “How to Be an Antiracist.” While Dr. Kendi participates in events virtually every day, this event proved to galvanize local, national, and international interest. Working with PGCMLS and the Maryland State Library, 19 of Maryland’s public library systems collaborated to make the program accessible across the state, from the Eastern Shore Regional Library and Enoch Pratt Free Library in Baltimore to the Ruth Enlow Free Library of Garrett County at the western tip of the state.

The live virtual event reached over 226,000 live viewers across six continents and another 100,000 via the archival video in the month after the event. These are staggering statistics for Maryland public library virtual programs and a testament to the critical urgency of the Black Lives Matter movement in combating system racism. Dr. Kendi was interviewed by Dr. Charlene M. Dukes, then-president of the Prince George’s Community College, which provided a distinctly Prince George’s County and Maryland lens on the conversation about anti-racism.

Prince George’s County, Maryland, which borders Washington, D.C. is home to one of the most vibrant and diverse communities in the country. The county has produced some of the most iconic figures in contemporary American culture, from Jason Reynolds and Taraji P. Henson to Kevin Durant and Sergey Brin, co-founder of Google. Despite being one of the wealthiest predominantly Black communities in the U.S., Prince George’s County has been hit hard by systemic racism and inequities, leading to the highest rate of COVID-19 infections in the state of Maryland (accounting for 24.21% of the state’s confirmed cases as of August 31, 2020). 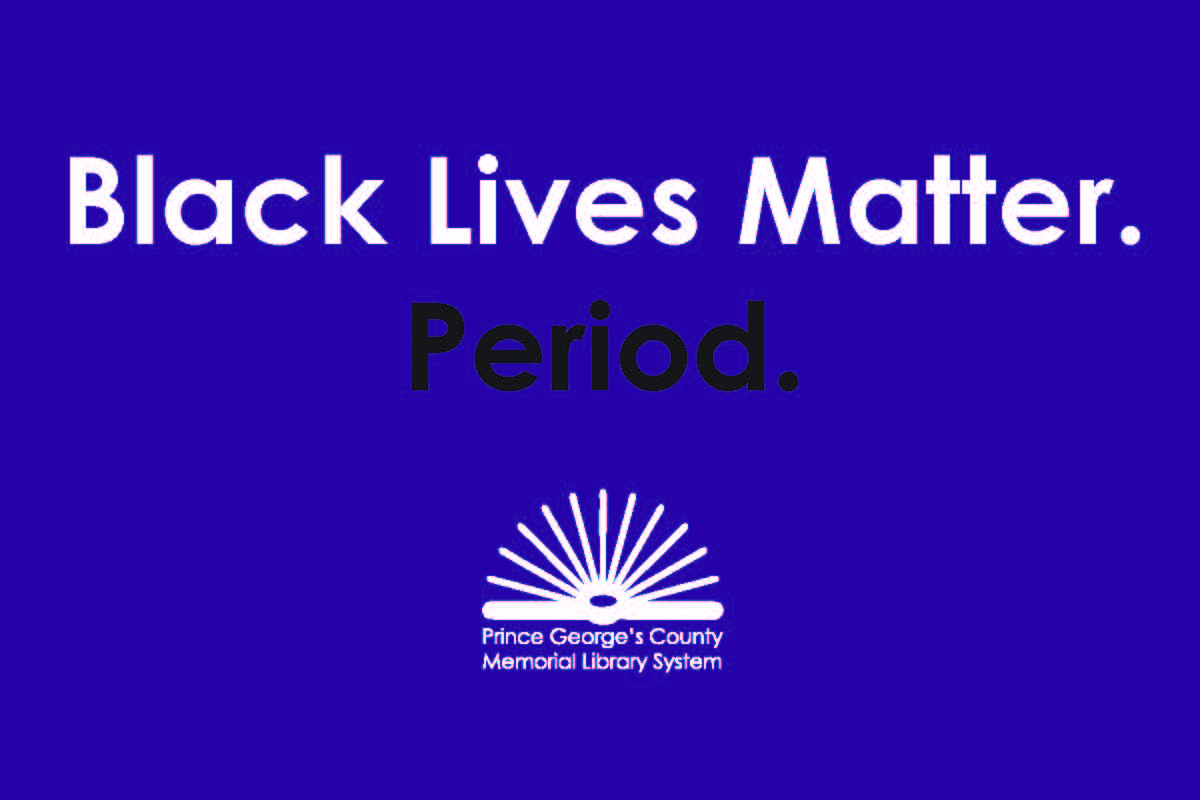 The PGCMLS staff, Board, Friends groups, and extended community have focused on providing essential services to the public since the start of the pandemic in a safe manner. The Library focuses on social impact and is gradually resuming or adding services that support the immediate challenges, like the digital divide, that Prince Georgians face in their daily lives.

The COVID-19 phased reopening operational adjustments have accelerated the Library’s work in advancing equity, diversity, inclusion, and anti-racism (EDIA) internally and externally. Virtual programming has provided the most significant outlet for the staff’s creativity and contributions to the global anti-racism movement. The Library has offered dozens of events, ranging from a monthly diversity dialogue event called “The Elephant We Don’t See” to major author events, like national bestselling author Simran Jeet Singh’s recent book launch event for “Faujah Singh Keeps Going,” the first children’s book published by a major U.S. publisher to feature a Sikh character.

In June 2020, PGCMLS, as part of a statewide marketing group facilitated by the Maryland State Library, offered to co-present a series of author events focused on anti-racism or intersectionality as a pilot for statewide consortium-based anti-racism programming. The goal was to share virtual programming across library systems and maximize opportunities for customers to engage in conversations about systemic racism while combining efforts and resources. Following successful programs with R. Eric Thomas (“Here for It”), George M. Johnson (“All Boys Aren’t Blue), and Christopher Bonner (“Remaking the Republic”), the Library and it’s Prince George’s County partners (Joe’s Movement Emporium, Prince George’s Community College Center for Performing Arts, the PGCMLS Foundation, and the County’s Human Relations Commission) were able to schedule a virtual appearance with Ibram X. Kendi, whose April 2020 in-person author event was canceled due to the pandemic.

Dr. Kendi’s appearance came at a time when the entire country and readers around the world have been clamoring for opportunities to hear him and other authors speak about Black Lives Matter, anti-racism, and social justice. The impetus for expanding the Maryland statewide anti-racism programming consortium met this moment and 19 library systems, inclusive of small rural, medium and large suburban, and large urban, joined PGCMLS and the Prince George’s County partners to come together to hear Dr. Kendi speak. The event made possible by Joe’s Movement Emporium with a grant from the Wells Fargo Foundation and by the Institute of Museum and Library Services, through the Library Services and Technology Act, administered by the Maryland State Library,

The Kendi event and statewide programming consortium were successful in large part due to the altered work environments in which libraries are operating. Pausing traditional service models enables library staff to work across jurisdictions with much greater flexibility, ensuring that transformative opportunities to make important programming accessible are maximized. To convene 226,000 people from throughout Maryland, across the U.S., and around the world is a testament to the capacity libraries have to create opportunities for national conversations to take place. Co-presenting this program ensured that all the respective partners add their unique strengths to advance the event’s potential for success. Many of the partner libraries hosted discussions before or after Dr. Kendi’s talk. Publicizing the inclusion of ASL interpretation and open captions had a significant impact on reaching differently-abled customers, with grassroots promotion on various listservs and social media attracting deaf participants from across the U.S. and Canada.

The Ibram X. Kendi event provided a proof of concept for the value of consortium-based programming that welcomes people together to examine their individual and shared responsibility for combatting systemic racism. The hundreds of messages of thanks the libraries received confirmed that the program prompted self-reflection and helped further motivate individuals to get more educated quickly in order to use their privilege to stand up for the rights of BIPOC friends, colleagues, and neighbors. This is library programming at its best when there is an immediate and tangible impact on people from countless different communities. 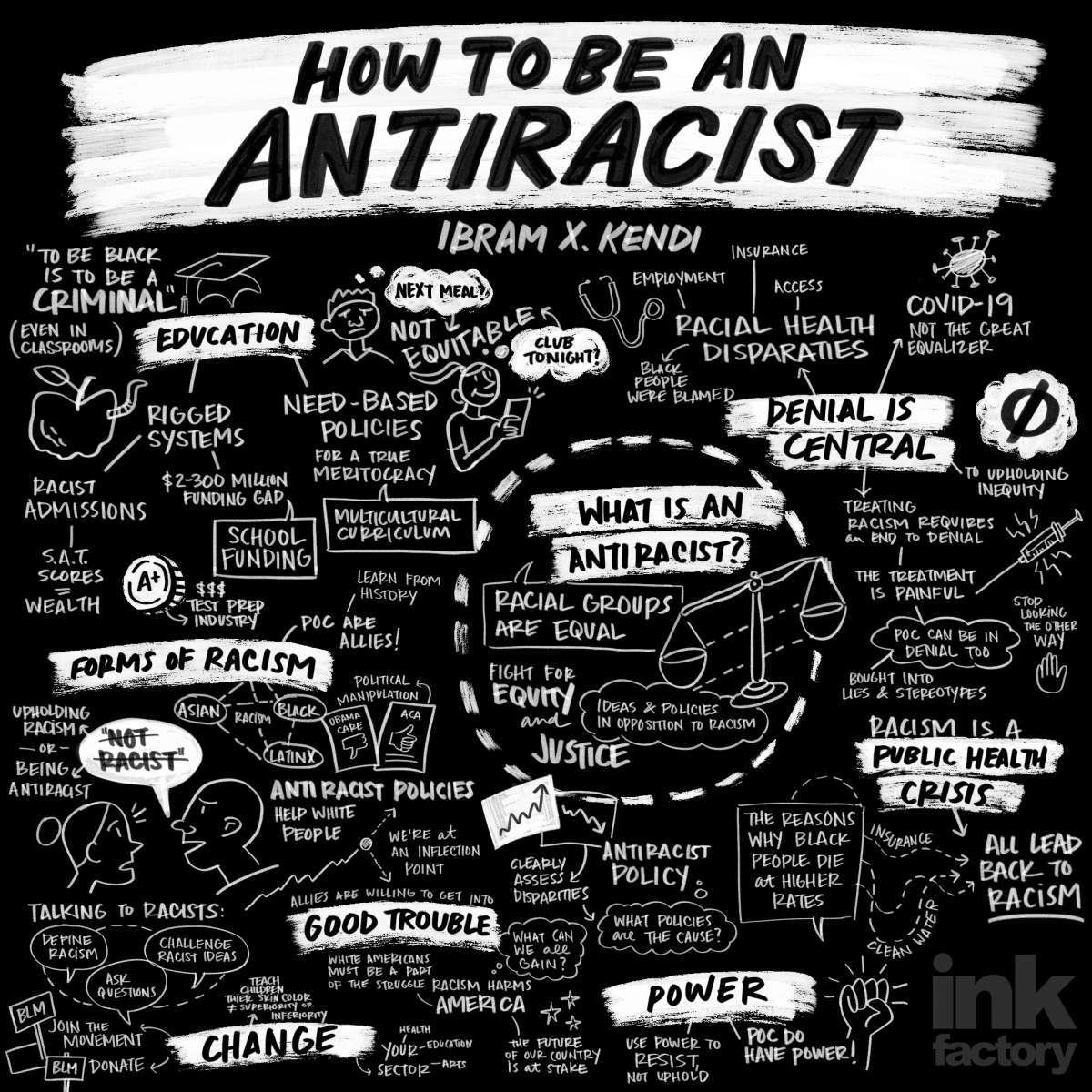 The Maryland State Library has convened a statewide task force to formalize consortium-based EDIA programming through spring 2021, with support from IMLS and individual Maryland libraries. PGCMLS is also expanding its programming partnerships. The Kendi event led to the commitment of the four primary Prince George’s County Kendi presenters to commit to a year joint interdisciplinary anti-racism programming for the 20/21 academic year. PGCMLS has also established a new programming collaboration with the Black Caucus of the American Library Association to examine different voices documenting the Black experience in 2021, including Calvin Baker, Bassey Ikpi, Dr. Michele Harper, and Eddie S. Glaude Jr. Many Maryland library systems, like Howard County Library System and the Pratt, have adopted the consortium model for virtual programs and have made dozens of virtual events available to partner libraries for cross-promotion.

Partnerships and collaborations are the keys to making anti-racism programs an effective means of raising awareness of the pressing human rights issues facing BIPOC Americans. Localized and small-scale programs are also essential and necessary for anti-racism work, but a combination with regional, national, and international convenings has the chance of more rapidly prompting self-reflection among those in positions of privilege. Black, Brown, and Indigenous Americans are victims of this status quo every day, and libraries must embrace opportunities to work together to affirm that anti-racism is about human rights, not politics.

Honduran-American librarian and arts producer Nicholas Alexander Brown is the Chief Operating Officer for Communication and Outreach at the Prince George’s County Memorial Library System. He is a past president of the DC Library Association, an active ALA Rainbow Roundtable member, and former music specialist at the Library of Congress. @Frenchhorn88

Attending the 2021 ALA Midwinter Virtual? Dr. Ibram X. Kendi will be speaking during the opening session!