Finding an innovative way to fit the needs of their community is something for the Cherokee Regional Library to take pride in, just as they hope Next Chapter may offer a model for other public libraries to emulate. Cherokee Regional Library was recently recognized by Georgia Public Library Service as the state’s public library of the year for efforts like Next Chapter.

For individuals leaving Dade County Jail in Trenton, Georgia, the barriers to re-entering normal life in the community may feel insurmountable. A large percentage of inmates don’t know how to use a computer, much less how to create a resume or navigate the internet in search of a job.

“The biggest failure in helping our inmates succeed in post-jail life is the very basics,” said Captain Joseph Chambers of the Dade County Sheriff’s Office. “Stuff we take for granted, like how to open a checking account, rent an apartment, or pay bills online.”

A collaboration among the public library, Sheriff’s Office, and Bank of Dade seeks to reduce the county’s 70 percent recidivism rate through an enrichment program called Next Chapter, which promotes digital literacy, economic self-sufficiency, and stable living for inmates of the Dade County Jail.

“Local jails must rely on local funding to provide educational resources to their inmates, but most rural areas cannot afford to fund this type of support,” said Marshana Sharp, manager of the Dade County Public Library, which is part of Cherokee Regional Library. “We need these resources at the local level when incarceration periods are short and there is still a chance for individuals to remake their lives to prevent a lifetime of repeat incarceration and separation from families.”

They developed Next Chapter in part by asking repeat offenders what resources they thought were needed to keep them out of jail for good. 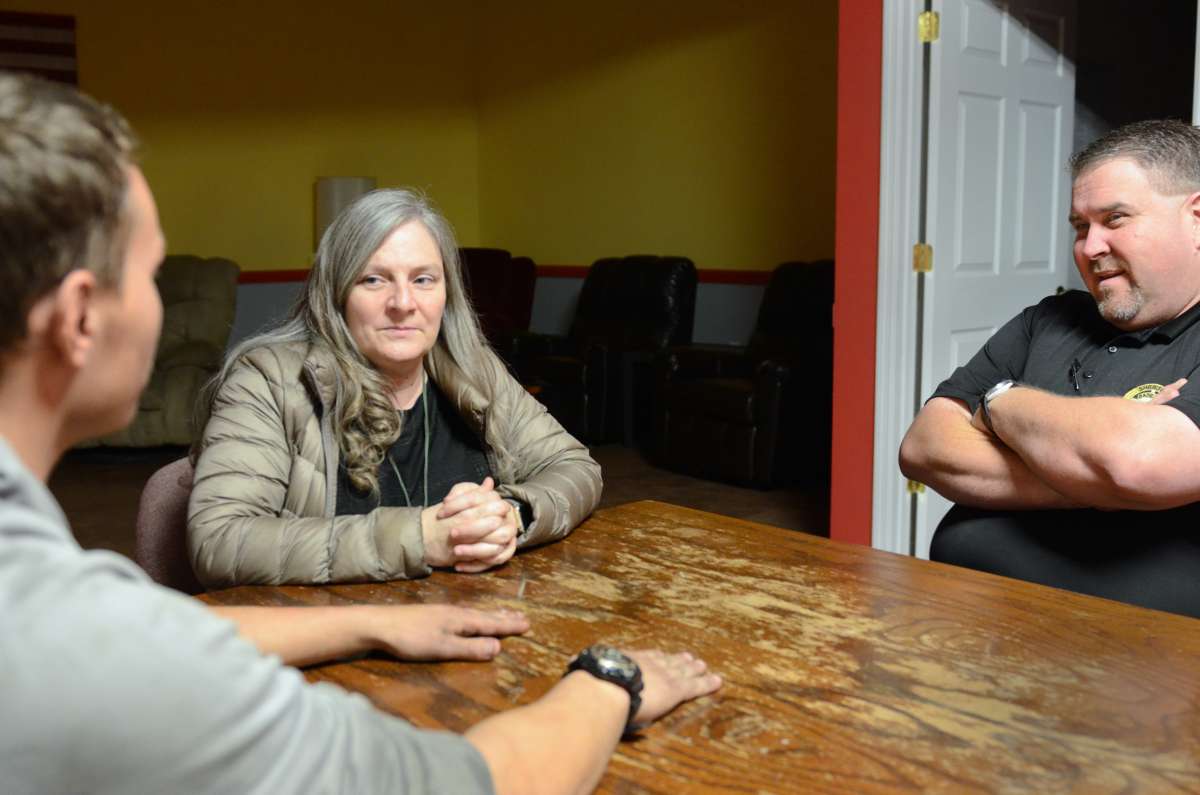 “The answers we heard time and time again were technology education, GED certification, and help getting identification and documentation,” said Marshana Sharp. “The library has worked directly with the jail to develop tracks of coursework that address each need.”

The foundation of each track is to help individuals become stable, self-sufficient citizens with the ability to navigate both the real and digital world.

So far, three inmates have gone through the program to test for bugs or issues with accessing sites. Captain Chambers will identify inmates he believes may benefit from Next Chapter and invite them to participate as the program fully launches.

Next Chapter was given a boost when the library received a grant from the Institute for Library and Museum Services to fully fund a videographer to film and edit coursework. The library finished creating all the courses in December 2020.

Local groups are eager to help: The Hands Up Ministry has agreed to help program graduates find housing and jobs and several local employers said they would hire them.

“It’s important that we not only provide basic library service but that we look around our community and stand in the gap in as many areas as we can,” said Lecia Eubanks, director of the Cherokee Regional Library System.