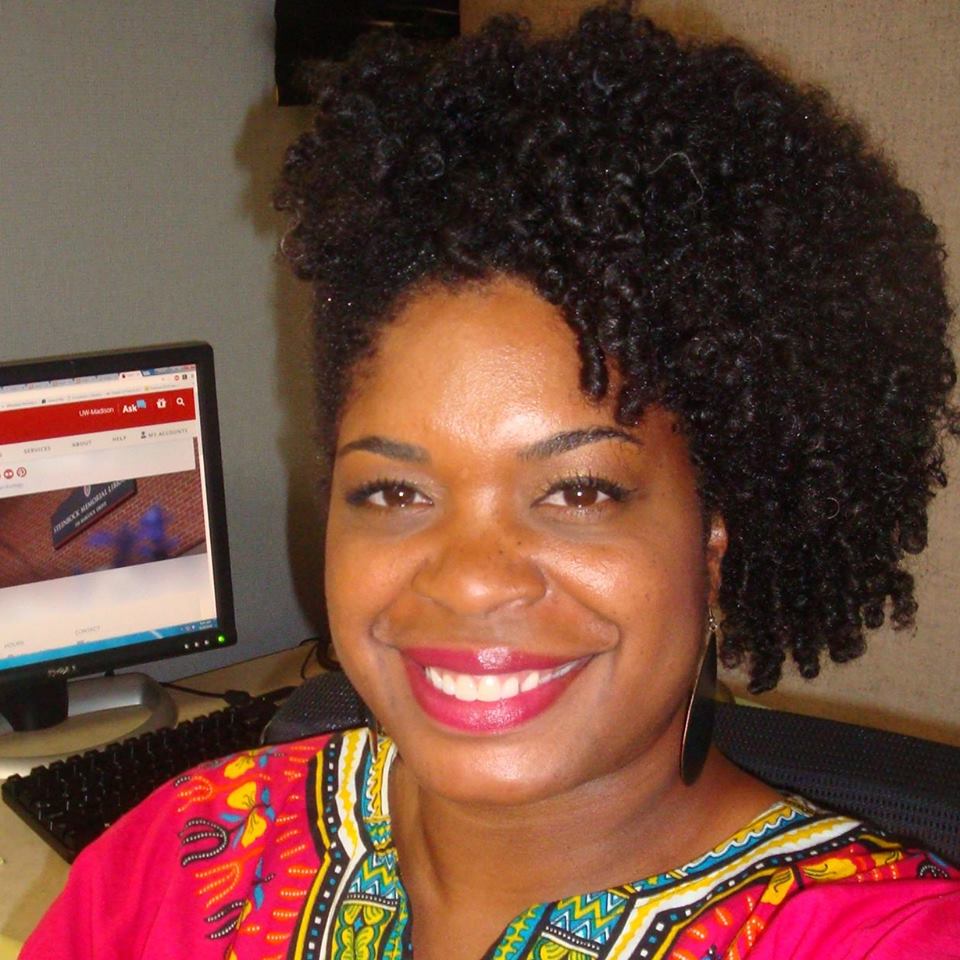 By Katrina Spencer (katrina.spencer@wisc.edu) | In October of 2016, a group of students from the i-School at the University of Wisconsin at Madison met to discuss ways to better serve Spanish-speaking patrons. This document includes some of the observations that arose during that discussion, oriented primarily towards reference/service/circulation desk interactions in public libraries, and humble suggestions about providing service to this growing demographic. While this conversation began in reference to Spanish-speaking communities, many of the points below will be relevant for serving diverse ethnic and linguistic groups, people who are differently abled in terms of vision and hearing, and communication in general. Reforma is the national body that prioritizes service to Latinos and Spanish-speaking populations within libraries in the United States. Its resources are numerous, varied, and available here.

Fluency is not a binary; it’s a spectrum.

In most contexts in the U.S., when we talk about competency in a foreign language, we determine that a person either can or can’t speak a foreign language-- he/she either is or isn’t fluent. This is an erroneous concept. Frequently, a speaker of any language has varying fluencies on various topics that are of interest to them and/or of use to them. Many native Spanish-speakers will have a strong competency when it comes to a jargon covering a particular theme. If they use a subway system every day, for example, they will likely know how to navigate it without problems; if they work in electronics, they’ll know the names of different cables and circuits; if they are tasked with buying groceries for their household, they may know the differences between a peach and a nectarine, an apricot and a plum. None of this, however, means that they automatically know how to say, “I requested two print books online from a local library branch. Can you tell me if you have them on hold for me?” So, rarely is it the case that native Spanish speakers in the United States have no proficiency in English; however, they may need additional help navigating a space that is very familiar to the librarian but only occasionally visited by the patron.

When asked what her first language was, my Mexican American friend in Los Angeles, Yubane Sánchez, says, “Spanglish.” Spanglish-- a combination of Spanish and English-- is a real, dynamic, living mode of communication, especially popular in the Southwestern United States. Many native Spanish speakers in the U.S. are constantly navigating two worlds. Moreover, some aren’t sure which of the two was their native tongue as they have consistently been in contact with both since birth. As far back as Yubane can recall, she has been mixing both languages to communicate with family and friends. Choosing just one would take away from the richness of her life and her self-expression. You, too, may encounter patrons who naturally mix the two languages within the library and will need to be able work with what the patron knows and not against it. So, expect interactions that start with con permiso, disculpe, and Buenos días and end with “Thank you,” “Have a good day,” and “See you next time.”

It is important to note that no two Spanishes are exactly alike. A patron whose heritage is tied to Mexico will speak a different Spanish than a patron whose heritage is tied to the Dominican Republic. We also have what is known as “Peninsular Spanish” hailing from Spain. (The same is the case with English from Nigeria, Jamaica, and the United Kingdom.) With more than 20 nations claiming Spanish as a national language in Europe, Africa, and the Americas, know that conjugations of verbs differ, vocabulary will vary, and how speakers address each other may take on different forms. See these vocabulary words, for example: planta, piso, and andar. In some part of the world, each means “floor,” as in the divisions in a given building. Yet, speakers from different countries use them differently, not to mention that planta is also a plant, piso is an apartment or home in Spain, and andar is used a lot like North Americans use “landing.” Be aware that because of the rich Hispanophone history, and its broad geographical territories, learning Spanish and using it well inherently means regularly approaching negotiations for meaning. Moreover, while no one Spanish is better than another, numerically and geographically speaking, it is more likely to encounter Spanish from Latin America and the Caribbean in the U.S. than its peninsular variant.

“Where is the bathroom?”

The bathroom question may still be the most frequent question you get at a service or reference desk independent of the demographics of the community you serve. As Spanish-speaking patrons will have all the needs English-speaking patrons have, expect some of the same queries. Know, however, that receiving a question in English doesn’t mean that answering in English will necessarily be sufficient. Use the tools available to you, like physical gestures and maps, to provide the best information possible. Moreover, as the Literacy Network recommends, use “Plain English”-- messages intended to be direct, brief, and simple that allow the listener to hone in on keywords. For example, “Down the hall and to the right” will likely serve your patron better than the idiom, “A hop, skip, and a jump away around the corner.”

Communication 101-- back to the basics

Have you ever asked someone for directions to a site and s/he turns his/her head away from you, towards the destination, and describes your route? And you can’t hear him or her because s/he is facing in another direction? Fun, right? Now imagine s/he he is doing it in German. Or sign language. There are some basic skills of communication that we sometimes ignore because we are overly eager to help. Here are six ways to keep communication easy and clear.

Library worker: Monday thru Friday we close at 6:00 on the dot. On the weekends, we close at 4:00 sharp. On holidays, we’re closed the whole day.

Library worker: Today we close at 6:00. Is there anything else I can help you with?

Patron: Are you open tomorrow?

Library worker: No, not tomorrow. We are closed on all holidays. Would you like a printed schedule of our hours?

The first interaction may be overwhelming because it forces the listener to not only decipher foreign language input but to deduce his/her answer from provided information. The patron’s proficiency level may require him/her to manage smaller amount of information at a time.

Know the geography of your library.

If there is a specific section of your library that is dedicated to foreign language materials, know its location and its layout. Is it organized by subject? Author’s last name? Age of intended reading audience? Having this knowledge at the front of one’s mind will expedite the reference interview (conversation with the patron) and also communicate to the patron that his/her needs are part of the norm in your information network.

Get to know your colleagues and their skills. They may be bilingual speakers of English and Spanish and willing to help navigate a challenging conversation. This demonstrates a sincere desire to provide the best and most accurate information possible and acknowledges a peer’s expertise.

Overall, our job as library workers is frequently to make others feel welcome and to provide quality information services. A smile goes a long way and a commitment to all of our patrons is our aspiration. Even if our competency consists solely of greetings, investing energy in learning a foreign language will only add to our reach.

Katrina Spencer is a resident librarian at the University of Wisconsin at Madison. She is a black woman of African American and Afro-Costa Rican descent who was born and raised in Los Angeles. She learned Spanish in the academy, and after traveling throughout Latin America, spending two years living in Spain, and teaching college level Spanish across the United States, she remains passionate about the Romance languages and communication in general. She sends many thanks to the University of Wisconsin- Madison (UW) community, particularly librarian Paloma Celis Carbajal, the students from the UW i-School, and Autumn Jackson for their contributions to this article.

More on the Spanish language