Every Voice Matters: The Process of Building a Library Values Statement

In alignment with the University of Tennessee at Chattanooga’s core values and strategic goal of embracing diversity and inclusion, the UTC Library held its annual Staff Development Day in July 2019 in order to provide staff training on EDI issues and to begin a dialogue on our Library values related to EDI. We were fortunate to be able to retain the staff of ODLOS, who provided a morning devoted to the EDICon: Foundations of Equity, Diversity, and Inclusion workshop and an afternoon where they facilitated the UTC Library EDI Values Exploration. In the latter session, our Library faculty and staff actively participated in a brainstorming session, skillfully led by the ODLOS staff to capture our Library’s definitions of Diversity and Inclusion. One of the intended outcomes of the brainstorming session was to extend the work into a sustained effort which led to the formation of a Library Values Statement Task Force (LVSTF). The process for the LVSTF committee appointments, like that of most UTC Library committees, sought volunteers but appointed a committee chair in advance. 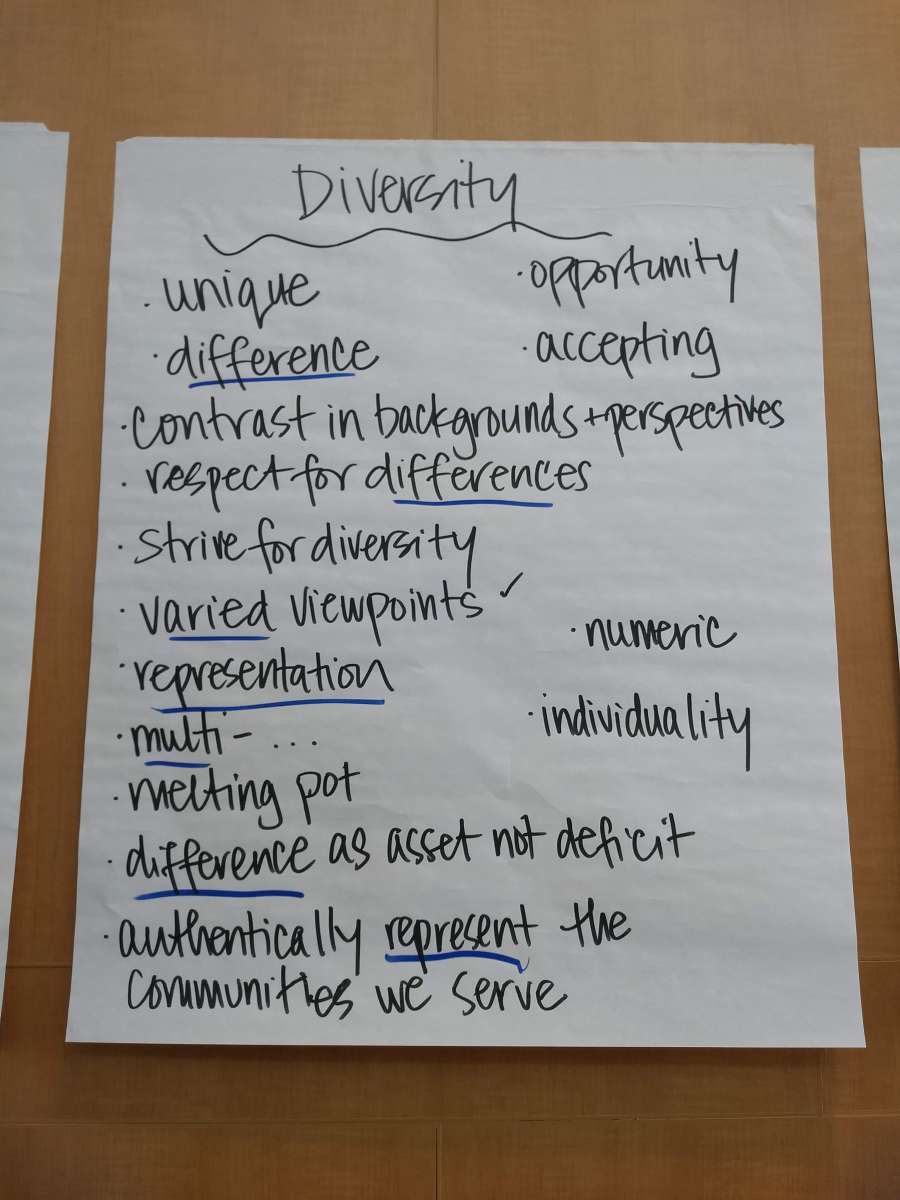 The committee was charged with building off the work accomplished regarding equity and diversity at the UTC Library’s Staff Development Day in July 2019. To include these and other values we uphold, the LVSTF began its work in March of 2020, just as libraries across the country were converting to virtual operations as a result of the COVID-19 pandemic. This group of five staff and faculty members from across the UTC Library reviewed other libraries’ values statements alongside relevant documents from the staff development day, the larger institution, and library professional organizations.

Using these resources, the LVSTF generated a series of open-ended questions designed to help Library employees explore both their personal values and the existing and aspirational values of our organization. While Library faculty and staff could choose to provide input via an anonymous survey, they were encouraged to join facilitated small groups where they could discuss the questions with their colleagues in a brave space setting. Conversation in these small group meetings, held virtually during the summer of 2020, was shaped not only by the pandemic but by the societal awareness resulting from Black Lives Matter protests occurring around the country. The LVSTF heard from a number of colleagues that these meetings offered an important opportunity to connect with their coworkers during this challenging time. 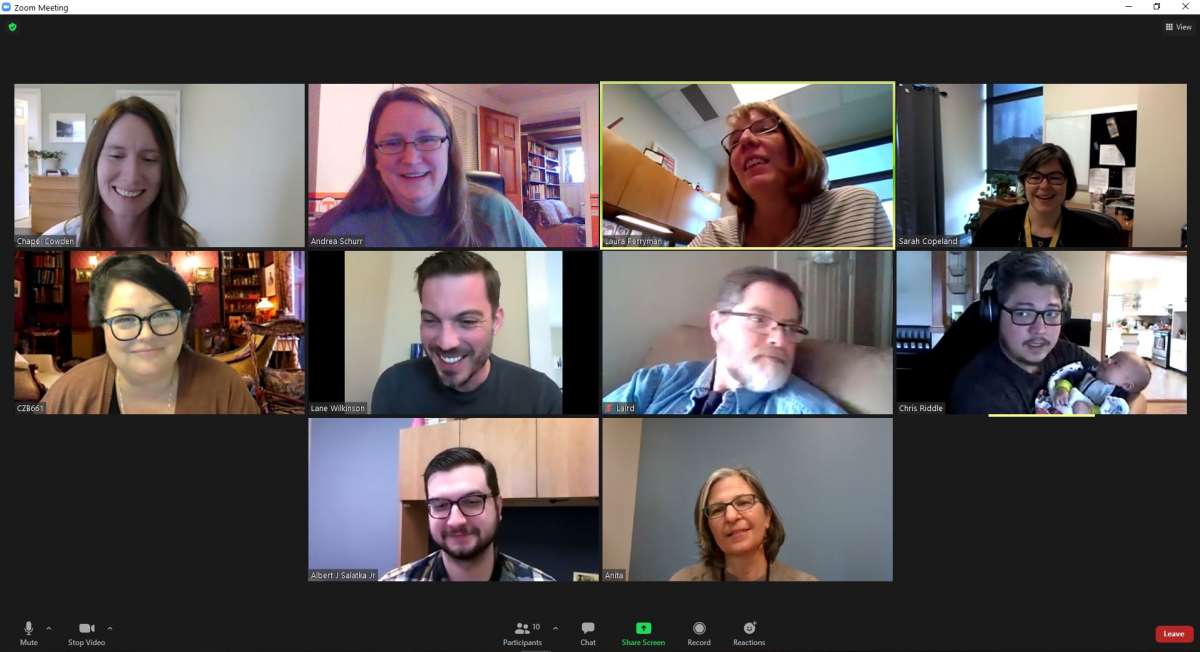 Input gathered from the meetings and the anonymous survey was then used by the LVSTF to generate a draft statement composed of sections addressing the Library’s core values: student success, EDI, integrity, and respect. This draft was distributed to all Library employees along with invitations to another anonymous survey and small group meetings in early December. In these conversations, attendees were encouraged to focus on ways in which the Library was living up to our values as well as identifying actionable opportunities to better achieve those values identified as aspirational.

The LVSTF gathered this input and made updates to the draft statement accordingly. In late January, the LVSTF presented the Library administration with a report including the revised draft, an explanatory memo regarding accepted or rejected changes, and a list of potential action items that could be considered to help realize the Library’s values. At the time of this post, the Library administration is reviewing these documents in light of the LVSTF’s charge to “create a values statement that should define and codify our shared beliefs, which shape our culture and help us to focus our resources in the same direction.” Growing out of the LVSTF, a number of future actions are planned including a Library-wide strategic plan and a new Library Task Force focused on equity, diversity, and inclusion.