“One Book, One Facility” Encourages Book Discussions in Jail 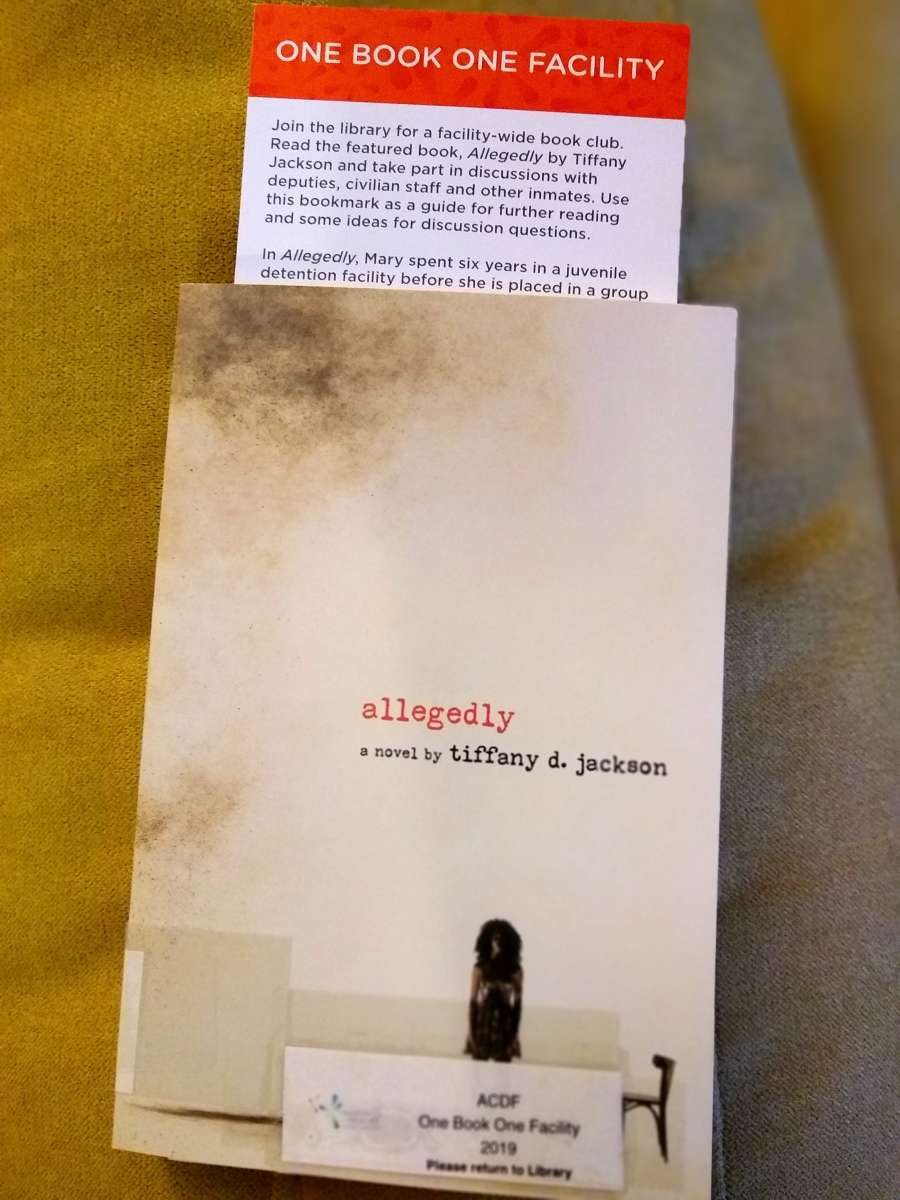 “It worked!" our inmate worker told me when he came in one Tuesday. "My cellie stayed up really late reading the book and then I saw him go next door and I thought there was going to be a fight, but they were talking about what they thought was going to happen. They never talk."

Our inmate worker was responding to a program Arapahoe Libraries ran in the Arapahoe County Detention Facility over late spring called One Book, One Facility. The program was designed to build community by encouraging conversation among civilian staff, Sheriff’s deputies, and inmates in the jail.

As the county jail, our facility houses 1,100 inmates on average, most of whom are awaiting trial. The population is a cross-section of the community, including people of all races and ages ranging from young 18 year-olds to people in their 70s. Most of the inmates are male, but there is one section of about 160 women. We hoped that providing something fun for people to talk about would boost morale as well as foster better relationships between inmate patrons and jail staff.

The book we selected, Allegedly by Tiffany Jackson, is a suspenseful page-turner that also incorporates issues surrounding juvenile detention and re-entry into the community. In the book, 16-year-old Mary has been released after serving six years for a shocking crime that she may or may not have committed. The story keeps the reader in suspense over Mary’s guilt, as well as whether or not she will be able to survive in a group home in which the other girls have it out for her, especially after she gets pregnant.

We designed One Book, One Facility to be inclusive not only by encouraging conversations among the diverse population in the jail but also by choosing a book that intersects with a variety of lived experiences. In addition to the issues around criminal justice, some of the problems Mary faces, such as how she is portrayed in the media or treated by counselors, are particular to being a woman and/or to being African American, connecting to issues of intersectionality and exclusion.

Along with copies of Allegedly, we also circulated discussion questions to help generate deeper thinking about the story. These guides also connected the book to nonfiction titles that explored themes around youth incarceration and black girls and education. In this way, the program models inquiry-based learning, highlighting how fiction can also be a doorway to discussions of real-life issues. The program further aimed to create excitement about discussing books and to encourage future participation in book talks and library programs both in the jail library and in the broader Arapahoe Libraries community after our inmate patrons are released.

Once we launched the program, we got enthusiastic responses from many of the inmates and deputies who read the book. Although many people were frustrated by the book’s twist ending, it was fun to discuss the story and whether or not we trusted Mary. A couple of women even turned in book reports answering the discussion questions. One patron told us he read the book in high school but took the discussion questions for when other men in his dayroom finished the book. We quickly had many people asking what our next One Book, One Facility selection would be. One inmate, who normally reads philosophy, took the book as an extra, and when we were discussing it, he noted that he could see how the story might resonate with the women in the jail. Even for those who did not pick up on the bigger themes, I think the experience gave them a feeling of being included in something extra within the normally stark jail experience.