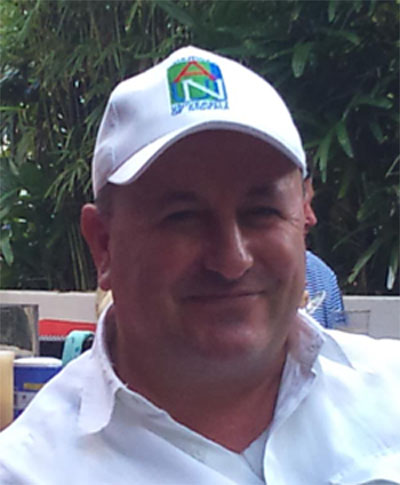 In addition, he has working experience in many other areas at the international level. His academic background includes a Master of Arts Degrees in Library Information Science (MALIS) and a Master of Art in Dispute Resolution, a Bachelor of Arts in International Studies with a Minor in Spanish, a Certificate of Special Recognition from the Southeast Florida Library Information Network “Sun Seekers Leadership Institute”, and a Certificate of Administration, Computers, and Economics from the Swedish Management Group AB in Stockholm, Sweden. He has working and studying experience in Turkey, Sweden, the United States, Mexico, Egypt, and Kurdistan/Iraq. He is fluent in English, Kurdish, Swedish, Turkish, functional in Spanish, and has reading knowledge in Arabic. Mr. Demirhan is a member of the American Library Association, The Library Leadership & Management Association (LLAMA), and the Association of College and Research Libraries (ACRL), as well as the International Relations Round Table (IRRT), where he is currently a member of the Reception committee.

In 2009, Mr. Demirhan wrote an article for International Leads “Building a New Library in a War-torn Country and the Importance of Partnership” (PDF) where he describes the creation of a library in a new university in Kurdistan, part of the war-torn regions of Iraq. Although faced with numerous obstacles and challenges, he created a modern library for the students and faculty of a rebuilding country.

During his time at the American University of Nigeria Library (AUNL), Demirhan and his library staff are not only transforming the library, but are also making sure it’s environmentally friendly. In 2012, AUNL transformed from a traditional library to an e-library. With a strong support from the University President, Dr. Margee Ensign, the library developed a campaign titled “99.9% of your resources are electronic.” The AUNL community eagerly embraced this campaign. In 2013, the library continues its campaign to go green by providing library resources by mobile devices. Its reference services and information literacy resources will be totally delivered to a smart phone and tablet. Faculty, library staff and students have embraced this campaign and invite other libraries and universities to go green. Check out AUNL’s e-resources http://library.aun.edu.ng/ 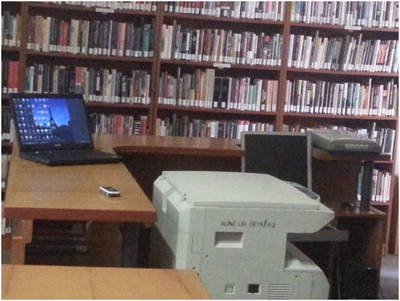 All this equipment (above) has been replaced by a mobile device.

In November 19, 2012, the Committee of University Librarians of Nigerian Universities (CULNU) recognized AUNL with the “Excellence Service Award For: The Best University Digital Library Services in Nigeria”