The United States Capital is surrounded by just over a dozen tribal nations that thrive along the Anacostia and Potomac River watersheds, Chesapeake Bay area, and the states of Maryland, Virginia, and Delaware. Washington D.C. sits on the ancestral lands of the Anacostans (also documented as 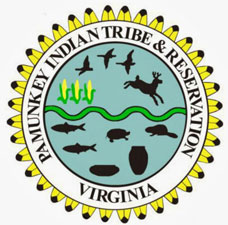 Nacotchtank), and over time neighboring the Piscataway and Pamunkey peoples.

The District of Columbia shares borders with Maryland and Virginia, and connect with lands along the Anacostia and Potomac River. These river systems and current national parks are where the Piscataway, Pamunkey, the Nentego (Nanichoke), Mattaponi, Chickahominy, Monacan, and the Powhatan cultures thrived. According to the National Park Service, the region “was rich in natural resources and supported the local native people.” After the arrival of the Europeans, just 40 years later, there were only a quarter of the original occupance. The indigenous populations were decimated by new diseases and war. Many of the surviving joined other tribes beyond the boundaries of their ancestral lands, moving further inland and encroaching or merging with larger tribes.

According to the documented arrival of John Smith and first contact with the English colonizers in the 17th century, the indigenous tribes were intricately mapped throughout the Chesapeake Bay area. Within 40 years the existing indigenous townships and Powhatan cultures were crippled by the introduction of new diseases and war. The remaining numbers of tribes were forcibly removed from their homelands, pushed further to join larger tribes like those in the northern Algonquian speaking nations. Remaining tribes were sold into slavery in the Caribbean Islands. According to officials at the National Museum of the American Indian, there is no living Nacotchtank lineage left. Their numbers were decimated, and survivors were adopted into the Piscataway people, losing their original identity and descendancy.

Recognition in the 21st Century

Given the romanticized story of Captain John Smith and Pocahontas in this region, the original people experienced the ravages brought on by the settler-colonial introduction of diseases, encroachment and forced removal, and erasure of traditional and cultural survival of the tribes. Today, the indigenous people that reside in the Washington D.C. area continue to present their case for recognition for descendant communities. These citizens fight for their nations hoping to restore or receive a government-to-government relationship with the U.S. government. In Virginia, 11 have achieved state recognition. The Pamunkey tribe recently acquired its land and is one of the only two Virginian tribes that own land after colonization of present-day Washington, D.C. As of January 2018, the Pamunkey, Rappahannock, and Upper Mattaponi tribes have received federal recognition.

Today, roughly 4,163 American Indians live in present-day Washington, D.C. In efforts to teach locals about the history and culture of the indigenous people that now reside and thrive in Washington, D.C., communities like the Rappahannock tribe host annual celebrations in the popular national parks. 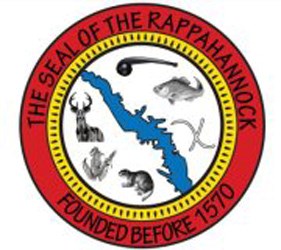 Members of the state-recognized tribe perform traditional songs and dances preserved while sharing their community’s culture and significance of the natural resources. Nonetheless, we are on the ancestral lands of many tribes and we can still get a glimpse into the traditional ways of the first peoples. Visitors can find exhibitions in the museums and historical reminders of the tribes in the parks that make the capital an annual destination.

As of February, 2022, the team has changed their name to the Washington Commanders. Please view the link below to learn more about this process and the most recent information on this issue.

Many visitors come to Washington, D.C. to enjoy the various attractions, including professional football. The Washington D.C. football team is at the center of a controversy over cultural misappropriation, specifically the use of racially-charged words and images. These images depict dehumanizing and derogatory representation of American Indians. These stereotypes make light of the painful past and treatment of American Indians by the US government and other colonizing powers. American Indians from across the nation are voicing their concerns about the team’s name and mascot.

There’s a movement that was instigated in Cleveland, Ohio to protest similar professional sports teams that use American Indian imagery, racial epithets, and disrespectful usage of status in generalized understandings of indigenous peoples. Since 1974, various sports teams that derive their name and/or mascot from indigenous people have been challenged at the national platform now making demands to change rules regarding teams for professional sports, academic/college teams, and school in large conferences. A publication of the National Congress of American Indians (NCAI) states that “negative stereotypes and harmful ‘Indian’ sports mascots are known to play a role in exacerbating racial inequity and perpetuating feelings of inadequacy among Native youth.” In a movement to retire racially charged names and mascots from schools and sports, people have demonstrated through peaceful protests and using the tag #NotYourMascot across social media.

On the Washington Football Team’s website, the organization stood by its usage of the name and mascot stating, “the image of ‘Chief Two Guns White Calf’ was most admired [and that is how the logo officially became the brand we know today]. The likeness is not of a mascot, but rather a logo based after a real person out of respect for the Native American.” Conversations about the use of American Indian imagery or culture continues to be debated today. There are professional teams, college teams, and schools that are implementing rules to abolish these mascots.

We encourage our attendees to learn more about this issue by exploring these resources:

You can also visit the websites below to learn more about the tribes that thrive in Washington, D.C. and the neighboring states that have recognized tribal nations.

When in Washington, D.C., visit the following centers or websites to plan your visit. Learn more about the area’s historical and current indigenous populations: 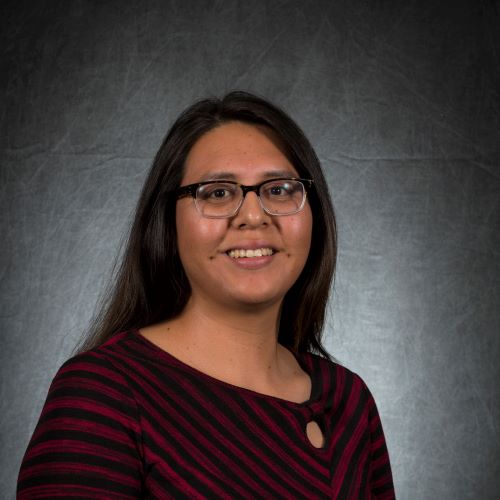 The American Library Association would like to extend its thanks to Donavan Begay for her work in providing this overview. Donavan is a citizen of the Navajo Nation. She joined the Indian Health Board of Minneapolis in April 2018 as the communications specialist. She earned a Bachelor of Science degree from the University of Minnesota in family social science. She received a Master of Education in higher and post-secondary education from Arizona State University. For six years she served American Indian and Alaska Native college students in Minnesota and Arizona. In her free time, she enjoys social and racial justice projects. She loves audiobooks, foreign films, and enjoys being out in nature.