Indigenous Tribes of Seattle and Washington

There are 140,714 Native citizens in Washington alone. Seattle has a vibrant Native culture that can be found in museums, galleries, streets names, and other public spaces. The name of Seattle actually comes from Chief Si’ahl (pronounced “See-ahlth) which makes Seattle the only major city named after a Native chief.  Chief Si’ahl was the leader of both the Suquamish and Duwamish people; it was the Duwamish lands that currently make up metropolitan Seattle. With native peoples making up 0.8% of Seattle’s population, the area has seen a concerted effort to revitalize native languages through language immersion schools on reservations. To ensure that children are taught their cultural heritage and continue tradition, Washington State has implemented a curriculum called Since Time Immemorial, or STI. These lesson plans can be adapted for any existing lesson and encourage both teachers and students to shift the focus from Euro-centric history. 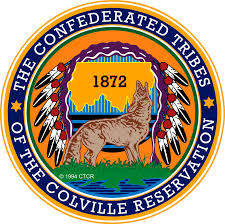 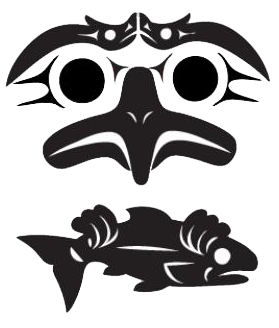 In terms of livelihood, many Native people rely on fishing as their main source of income; sea life and salmon are especially culturally important for the Coast Salish people. The Puget Sound, a sound that runs along the northwestern coast of Washington, is an important source of sea life for tribes located along the coast. The sound is known for its plentiful sea life, especially the various salmonoid species. The Puget Sound was also the site of the Puget Sound War, a series of conflicts between the U.S. military and members from the Nisqually, Muckleshoot, Puyallup, and Klickitat tribes in the 19th century.

While fishing is essential for most lifestyles, other tribes work to operate health clinics, youth centers, and gaming venues for locals. The Yakama Nation is known as one of the largest employers in Central Washington; the Yakama Nation is also known for producing lumber using sustainable practices.

In lieu of celebrating Columbus Day, the Seattle City Council recognizes Indigenous Peoples Day, this is a day of parades, speeches, and celebratory music.

DID YOU KNOW: One common misconception regarding tribal artwork in Washington State is that totem poles are traditional art forms from the Coast Salish peoples. Totem poles are actually crests that represent clans from the indigenous people of Coastal Alaska and Canada. The reason why totem poles are associated with Seattle is because a group of men from Seattle came across a totem pole while in Alaska in 1899. The group brought the totem pole back to Seattle and was there known as the “Seattle Totem.” The Tlingit Indians later sued for the unlawful removal of the totem and the courts ruled in favor of the Tlingit people.

The above information was gathered from a combination of the below websites. We encourage you to visit the sites to learn more about the various indigenous cultures in Washington State.

When in Washington, visit the following centers to learn more about the area’s historical and current indigenous populations:

The above information may be used by libraries, librarians, and other educators for nonprofit training and educational purposes. All such uses should include the notice "Content used by permission of ODLOS, ALA". If you have any questions or feedback, please feel free to email our office at diversity@ala.org.