An unprecedented wave of censorship attempts is threatening libraries across the country and endangering the voices and lived experiences of Black, Indigenous, people of color and LGBTQIA+ individuals. Right now, at school and public libraries from Florida to Alaska, many young people are showing up to find that the books that affirm their existence and help them find their place in the world are simply missing.

This Giving Tuesday, we ask you to support libraries and the right to read for the next generation.

In the first 10 months of this year, the number of attempts to ban books has already surpassed the unprecedented levels we saw in 2021. Between January 1 and October 31, the American Library Association Office for Intellectual Freedom documented a staggering 781 attempts to ban or restrict library resources with 1,835 unique titles targeted – the highest number of attempted book bans since ALA began tracking incidents more than 20 years ago.

As a result of this coordinated national book-banning campaign, library professionals across the country are experiencing harassment, loss of employment, and in some places, the prospect of facing criminal charges just for doing their jobs — providing materials that serve the information needs of everyone in their communities.

They are fighting back, but they can't do it alone. 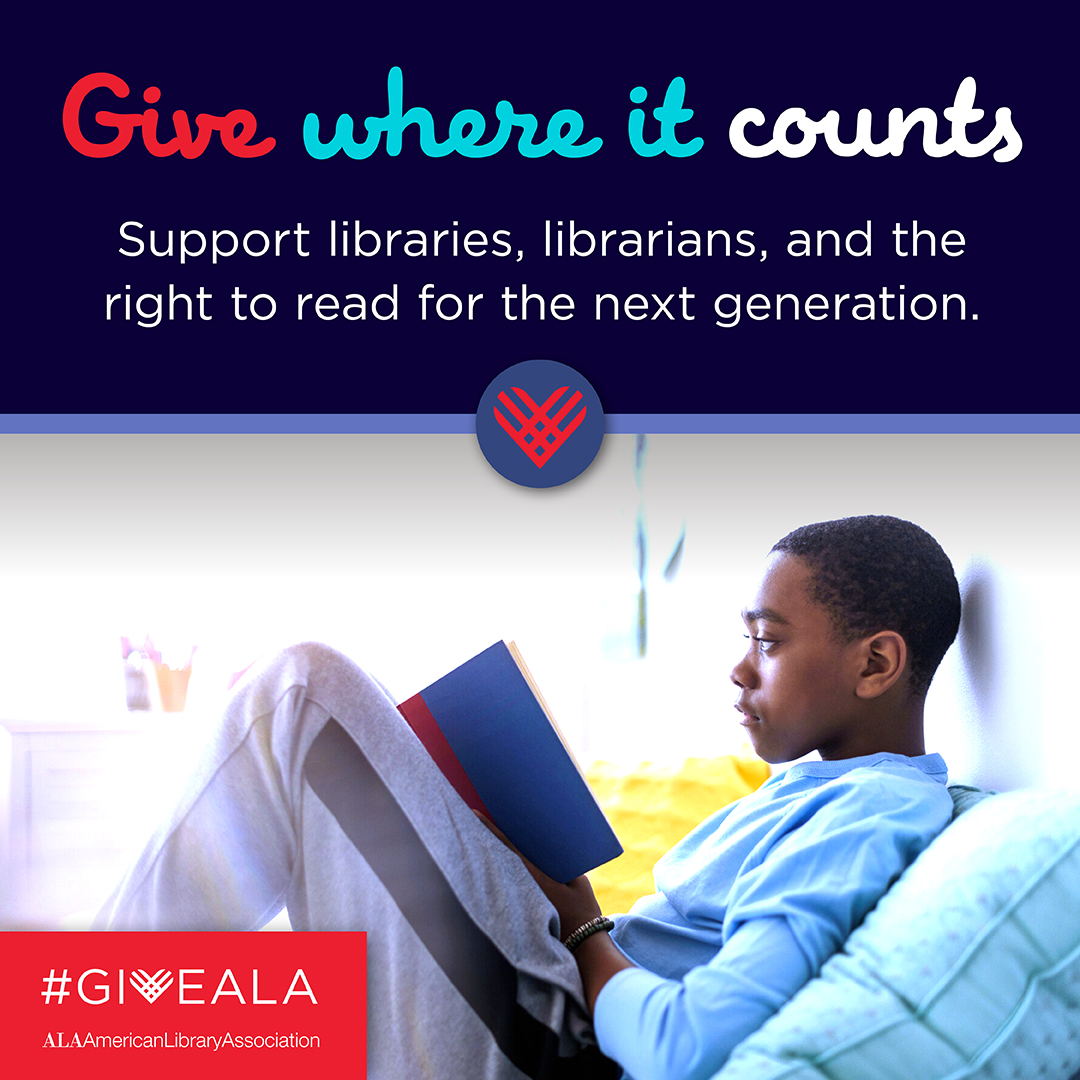 The ALA Office for Intellectual Freedom provides confidential professional and personal support to library professionals and community members facing censorship challenges. Advising on 375 cases so far this year, the demand for their services has never been higher.

ALA is one of the nation’s leading advocates for intellectual freedom and actively educates decision-makers about the rights of library users to read, seek information, and speak freely as guaranteed by the First Amendment. But we can’t do that without your help.

Now, more than ever, your support matters.

Your gift will go to work right away. Make a tax-deductible donation today.

The American Library Association is a 501(c)(3) nonprofit institution. Contributions are tax-deductible to the extent permitted by law.

Want to do more?
You can make a difference by actively sharing why you're supporting ALA's Giving Tuesday campaign and encouraging others to donate.

1. Announce your participation in #GiveALA on your social media channels.

2. Tag your colleagues and friends and encourage them to donate. Donors are three times more likely to donate when asked by a friend or colleague.

3. Consider starting a Facebook fundraiser to support ALA and defend the freedom to read.

5. What's your #GiveALA Story?  Share why you're choosing to support the right to read and the #GiveALA campaign on social media.

Get started now! Use the suggested social media posts and images below. Or get creative and customize them to make them your own.

Remember to use the official #GiveALA hashtag, link to this page (bit.ly/Give2ALA) or directly to ALA's donation page (bit.ly/Give-ALA-2022), and mention ALA in your posts so we can thank you and share!

Show your support for the freedom to read and the #GiveALA campaign by sharing these graphics on your social media channels. Click images to enlarge. 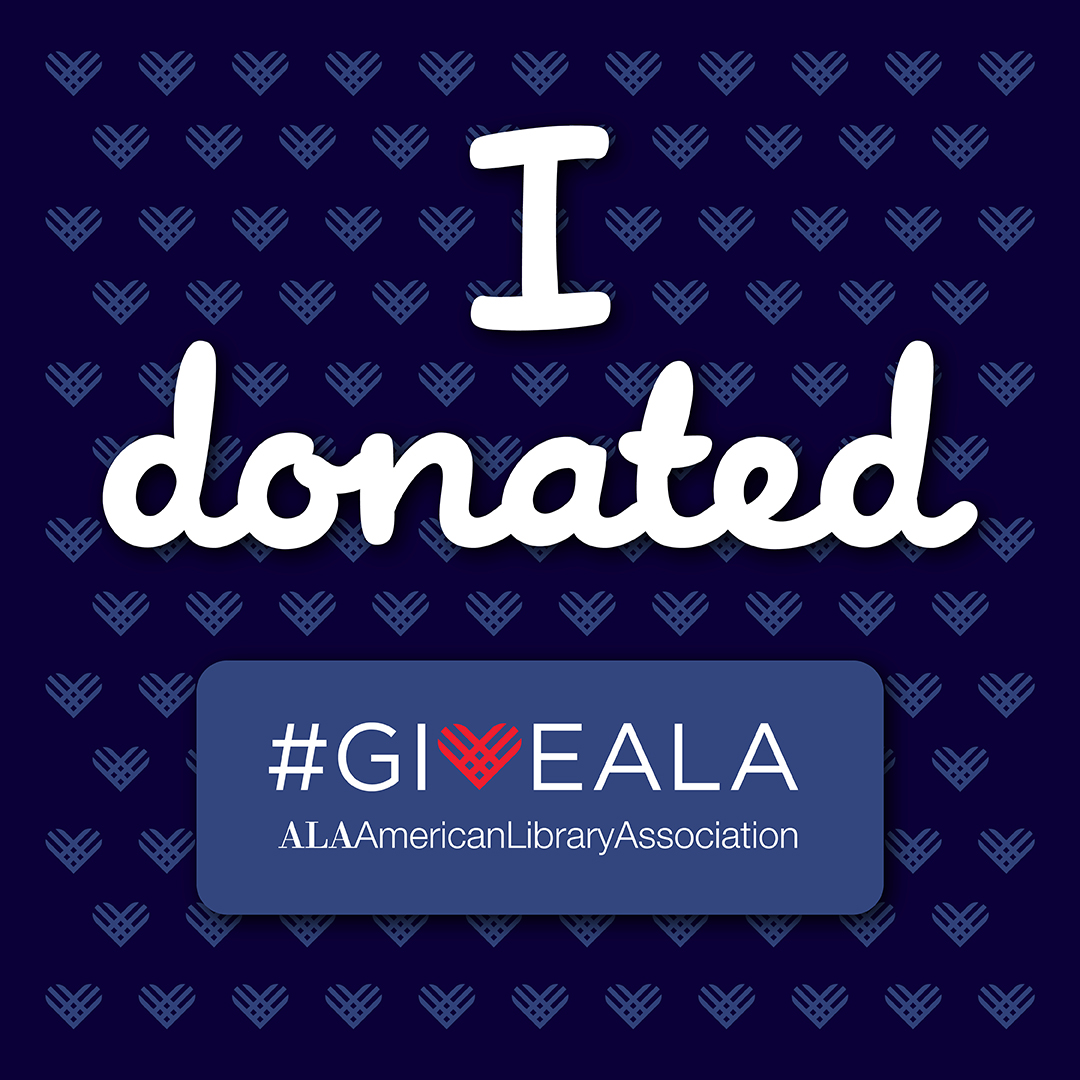 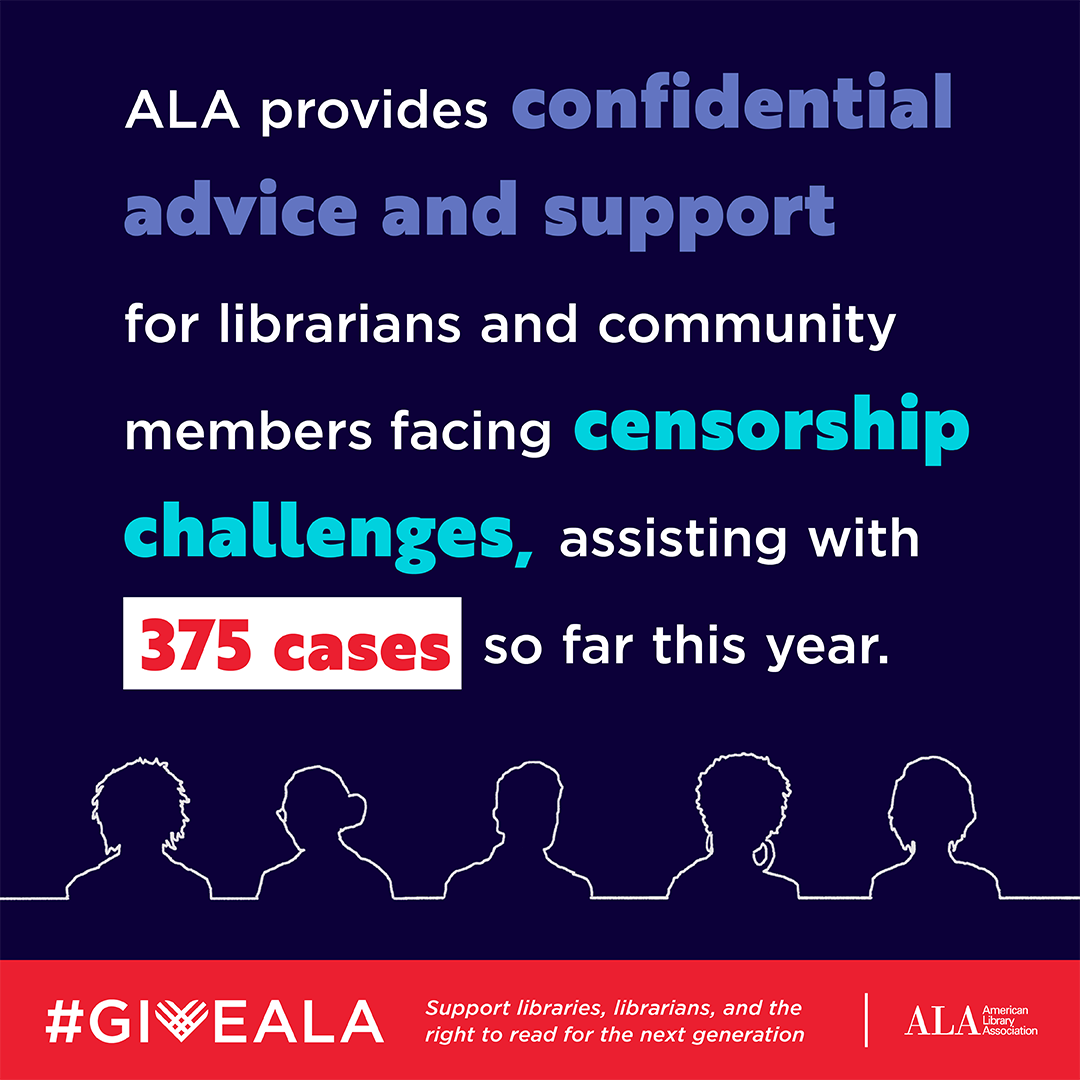 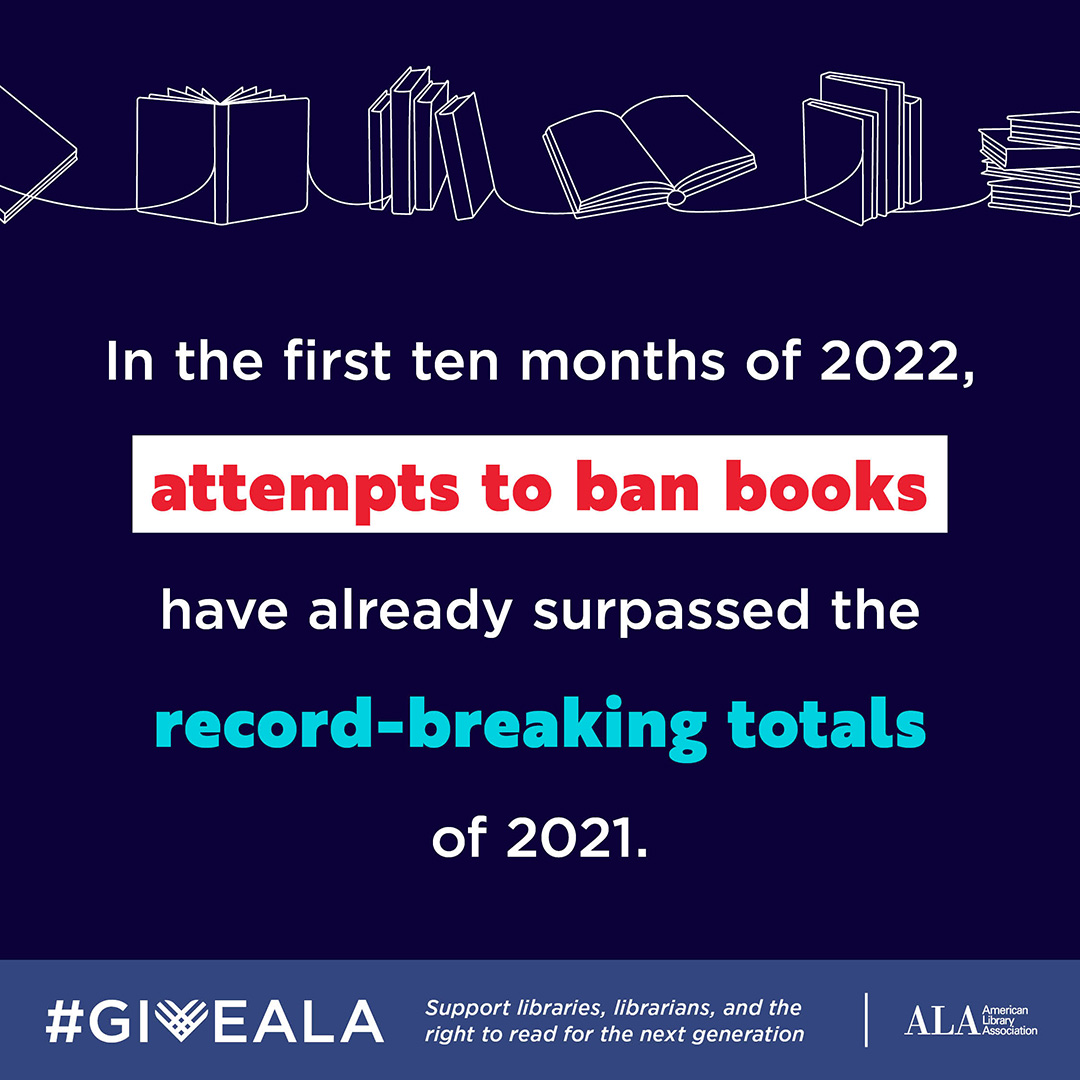 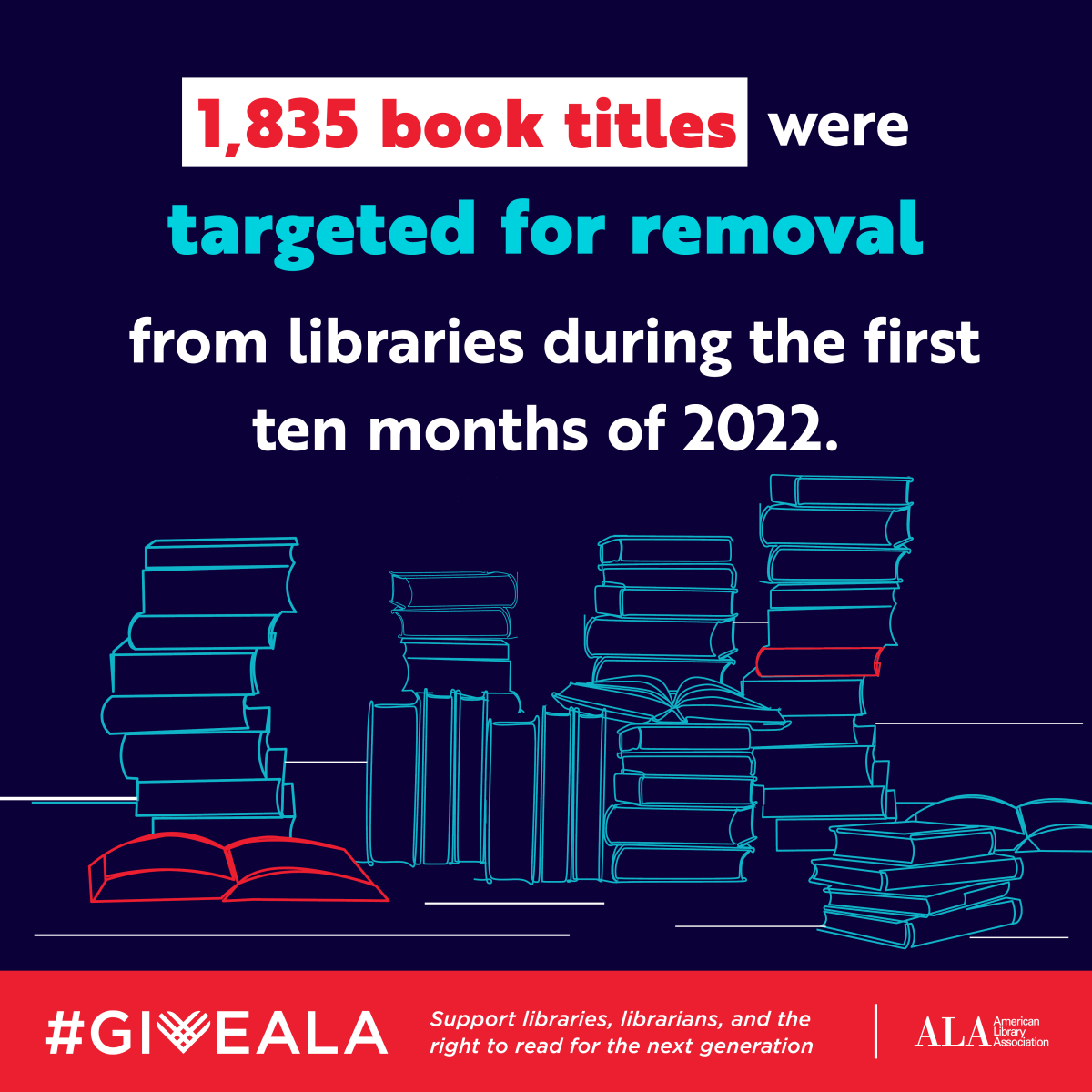 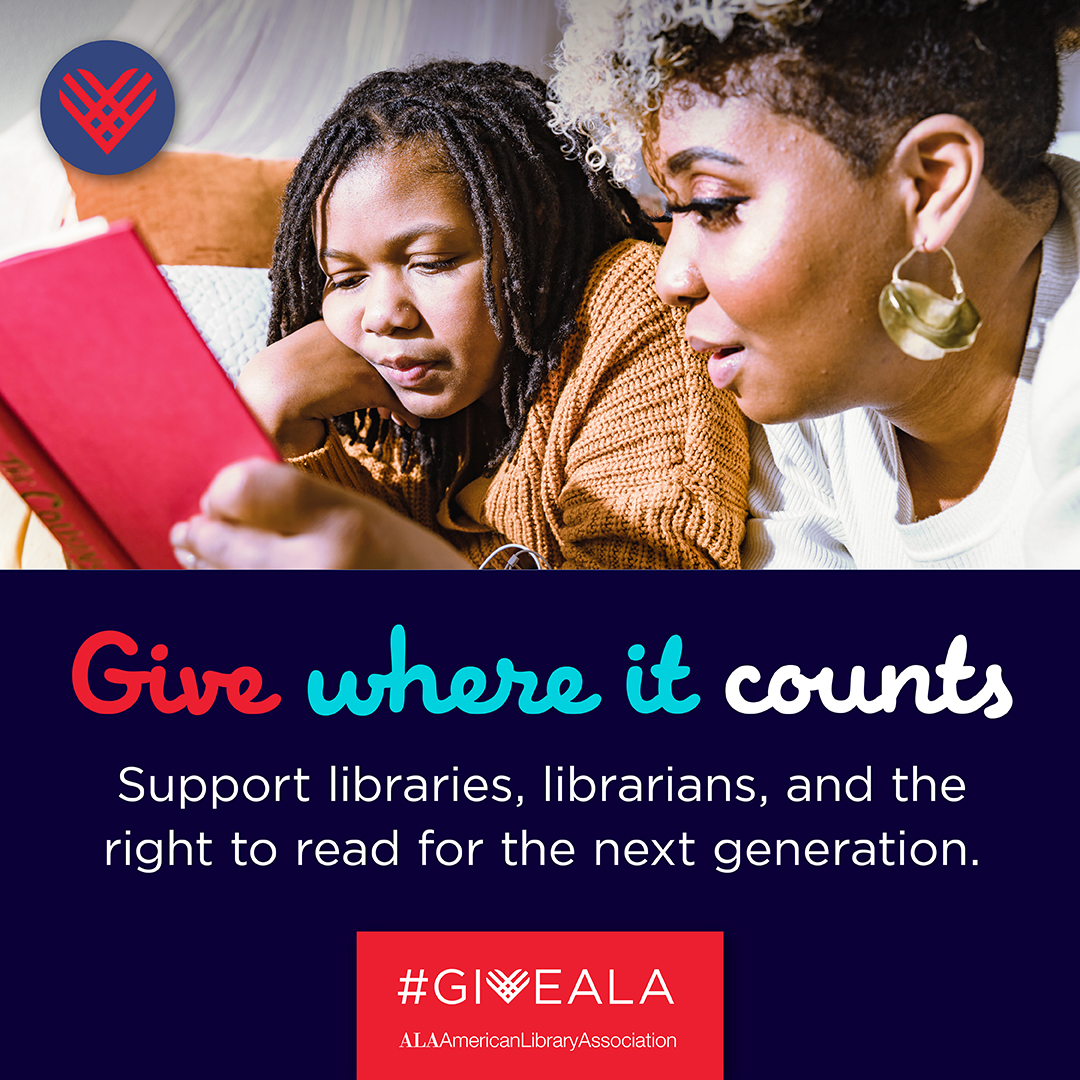 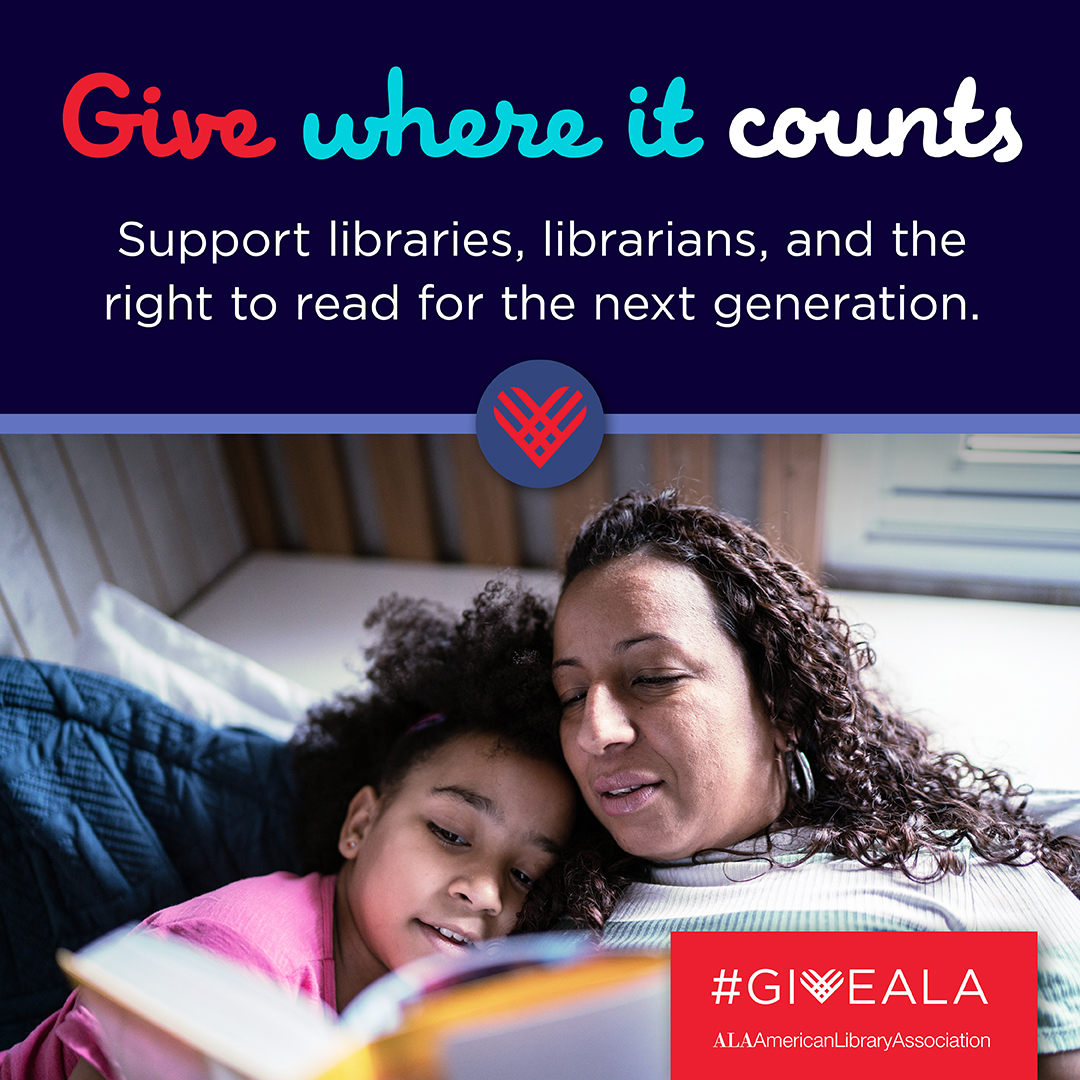 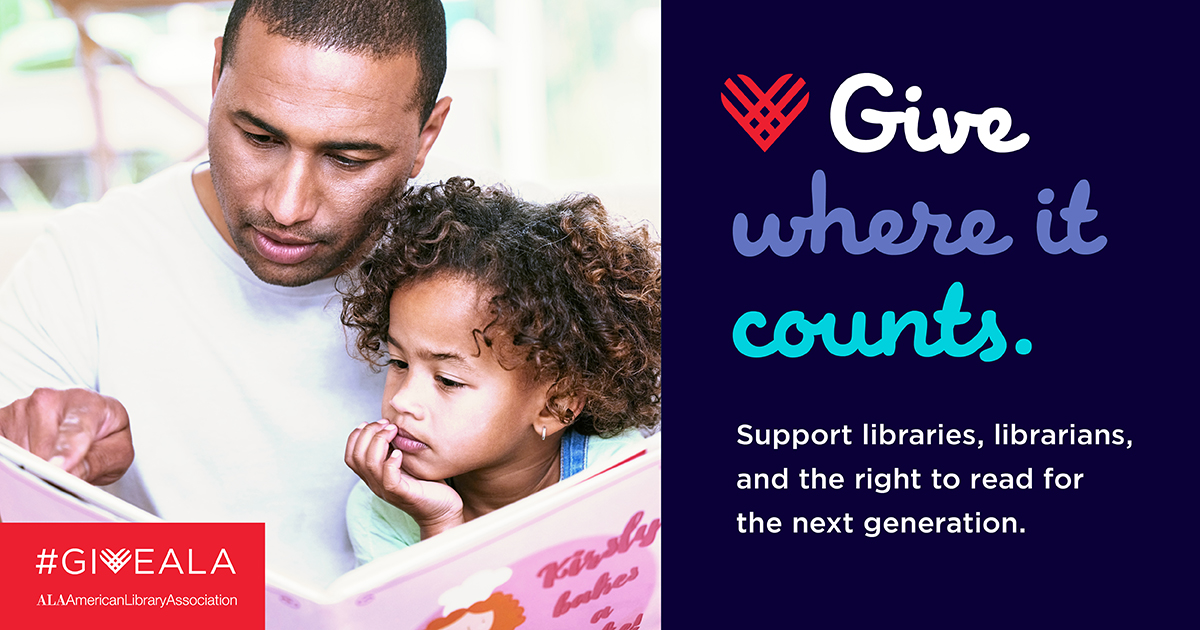 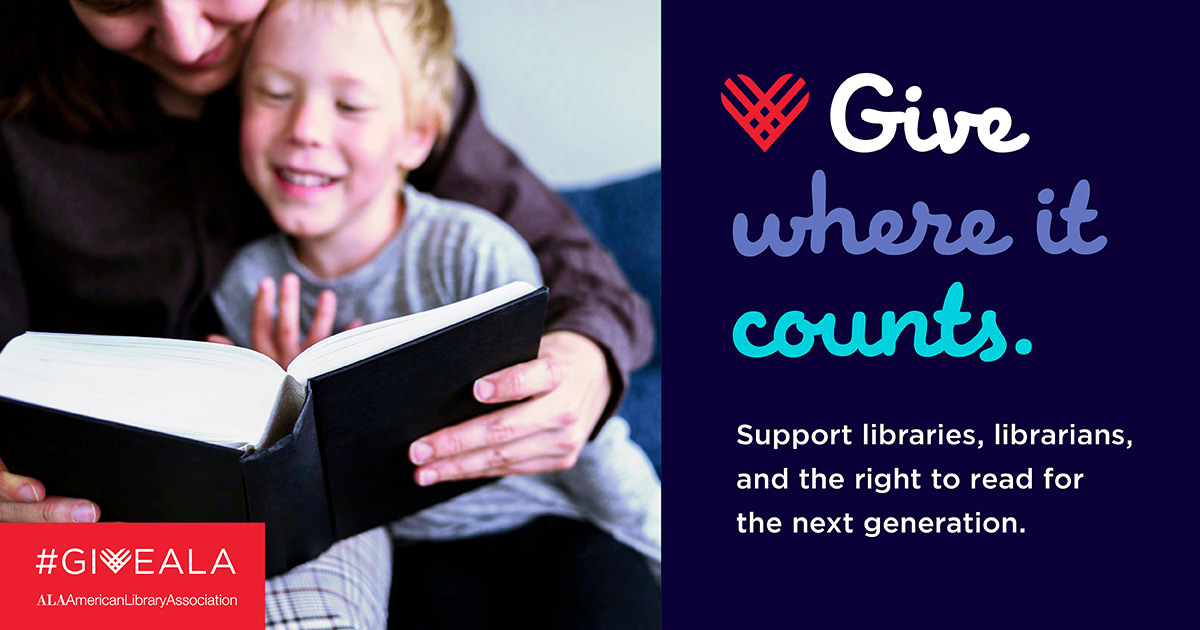 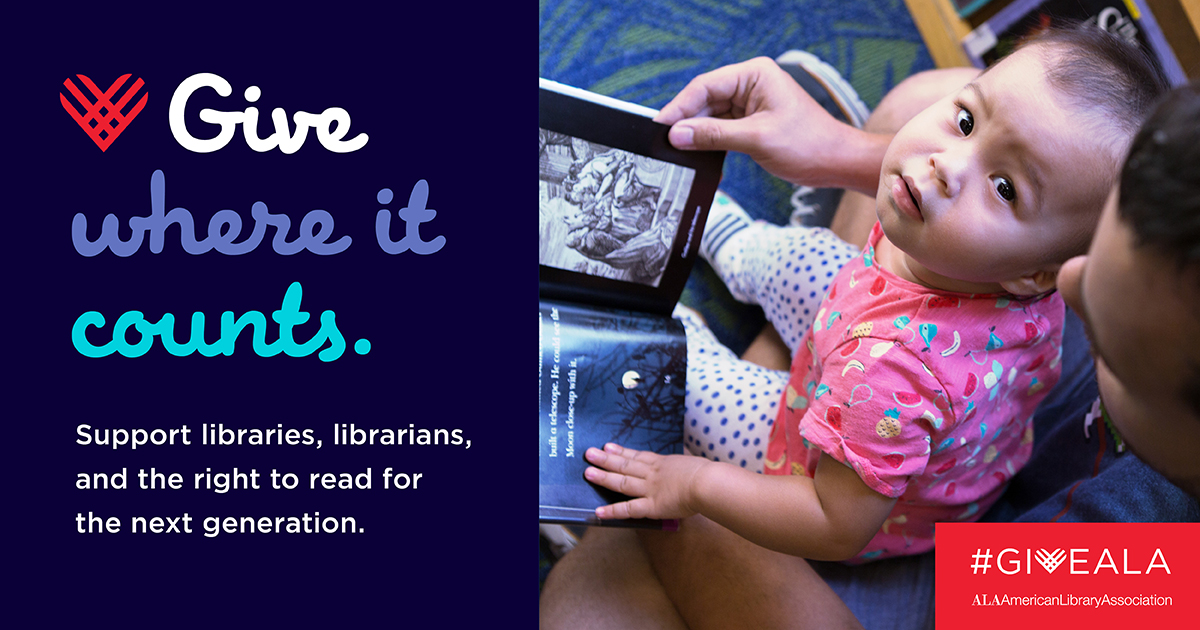 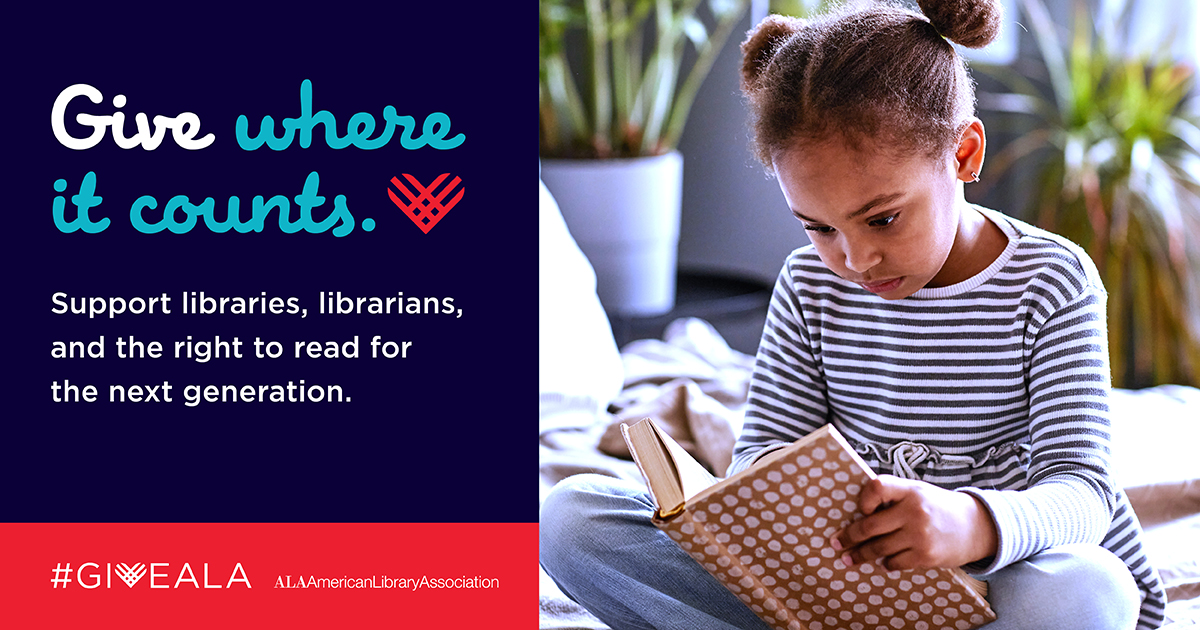 Standing against censorship can't wait. Learn more and join the fight by donating to @ALAlibrary on #GivingTuesday. #GiveALA bit.ly/Give2ALA

Support libraries, librarians, and the right to read on #GivingTuesday with a donation to the American Library Association. bit.ly/Give2ALA #GiveALA

The freedom to read is under attack at libraries across the country. Help fight censorship with a donation to @ALALibrary on #GivingTuesday. #GiveALA bit.ly/Give2ALA

Libraries across the country are experiencing an unprecedented spike in censorship attempts. Help them fight back with a donation to @ALAlibrary this #GivingTuesday. bit.ly/Give2ALA

The voices and stories of people who are BIPOC, LGBTQIA, immigrants, and refugees are under siege. Support @ALALibrary and @OIF in combating censorship. bit.ly/Give2ALA #GiveALA  #IntellectualFreedom

The freedom to read is a human right. Don’t let the forces of intolerance and bigotry take it away. Join @ALALibrary in fighting to keep books on library shelves. bit.ly/Give2ALA #GiveALA

.@ALAlibrary provides much-needed support to librarians as they stand up to the current unprecedented attack on our freedom to read. #GiveALA this #GivingTuesday.

A publicly supported library provides free, equitable, and confidential access to information for all people of its community. Support @ALALibrary. bit.ly/Give2ALA #GiveALA #GivingTuesday

Support the American Library Association in its fight for your freedom to read. Give today. bit.ly/Give2ALA #GiveALA #GivingTuesday