Donate to the Merritt Fund 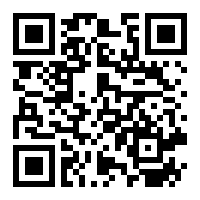 Visit Give ALA online

Applications for assistance are strictly confidential, as are the identities of grant recipients.

Applications for assistance can be sent to:

Who Was LeRoy C. Merritt? Dr. Merritt published many articles on intellectual freedom and was perhaps best known to fellow-censorship foes for his editorship of the American Library Association’s Newsletter on Intellectual Freedom, which post he held from 1962 until 1970. In 1970 H.W. Wilson published his book, Book Selection and Intellectual Freedom.

For his outstanding accomplishments in the field, Dr. Merritt was selected in 1969 as the first recipient of the Robert B. Downs Intellectual Freedom Award. True to his principles, he immediately forwarded the entire cash award of $500.00 to the Freedom to Read Foundation, becoming the Foundation’s first benefactor.

"Merritt to the Rescue" Interview with Mimi Davis by Melora Ranney.

The LeRoy C. Merritt Humanitarian Fund supports librarians who are facing financial difficulty due to discrimination or because they have taken a stand in support of intellectual freedom. In this video, trustees describe the fund, and why it's needed. (2008)

Former ALA President Carol Brey-Casiano discusses how the Merritt Humanitarian Fund helped her fight unjust accusations in the wake of the September 11 attacks, as well as the Merritt Fund's upcoming 40th anniversary celebration, to be held June 28 at the Folger Shakespeare Library in Washington, D.C. (2010)

Printable PDF of the Merritt Fund Brochure
OIF is happy to ship brochures to you for events or conferences. Email oif@ala.org with your request.