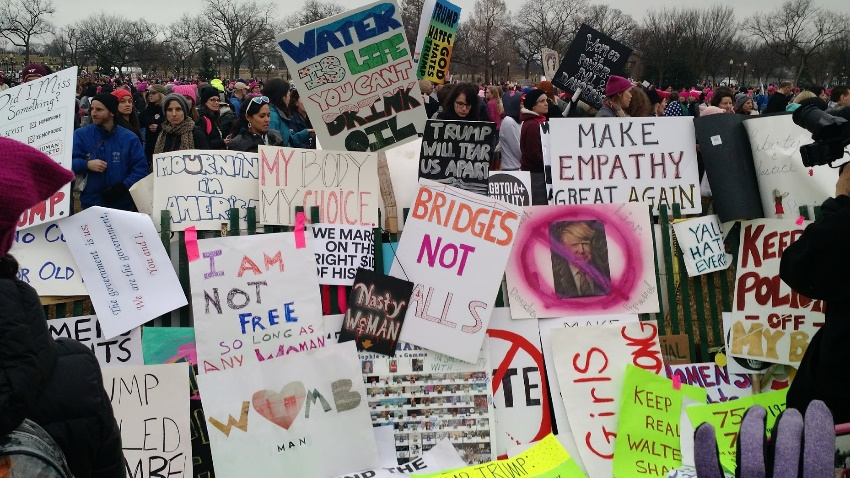 "I attended the Women's March on Washington, and it was an incredible and eye opening experience. I have always been pretty politically engaged (knocked on doors, made calls, canvassed), but this was beyond anything I could have imagined. The magnitude of the Women's March is something that will stay with me forever-the sheer number of people was staggering. We marched down Pennsylvania Avenue to the White House-truly an experience I will never forget. Since the march, I'm motivated to be more engaged locally, through activism on city, county, or state wide measures, and figuring out how I can be more involved throughout the political process." 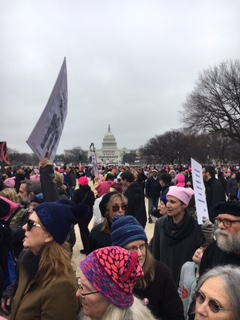 "I was fortunate to be able to attend the Women’s March on Washington, in January 2017.  I decided to march because women and girls are not objects to “grab” without permission.  Because immigrants make America great.  Because Black Lives Matter.  Because we all deserve decent, affordable health care.  Because I believe in a woman’s right to choose.  Because bullying and dehumanizing “the other” should not be normal behavior for our president.  Because there’s no such thing as ‘alternative facts.’ Because our differences make us beautiful and stronger."

I traveled on a bus with a group of mostly white women from the Midland/Bay City/Saginaw area of Michigan.  I loved the feeling of solidarity on the bus, which only grew as we stopped along the way, and saw cars and busses full of women, on their way to the March.  Being at the March was an amazing experience.  There was so much diversity, creativity and wit on display in the signs, chants, and costumes.  We listened to speakers who organized the March, including differently-abled women, women of color, trans women, queer women, women of various religions (and a few men.)  It felt powerful to be part of such a large movement, both in D.C., all over the country, and all over the world.  I believe very strongly in the American library tradition of Access for All, and this was also about that.  About letting everyone into the tent, celebrating differences, and practicing grace and compassion and empathy and kindness.  We should expect this from our libraries, our neighbors, and our leaders." 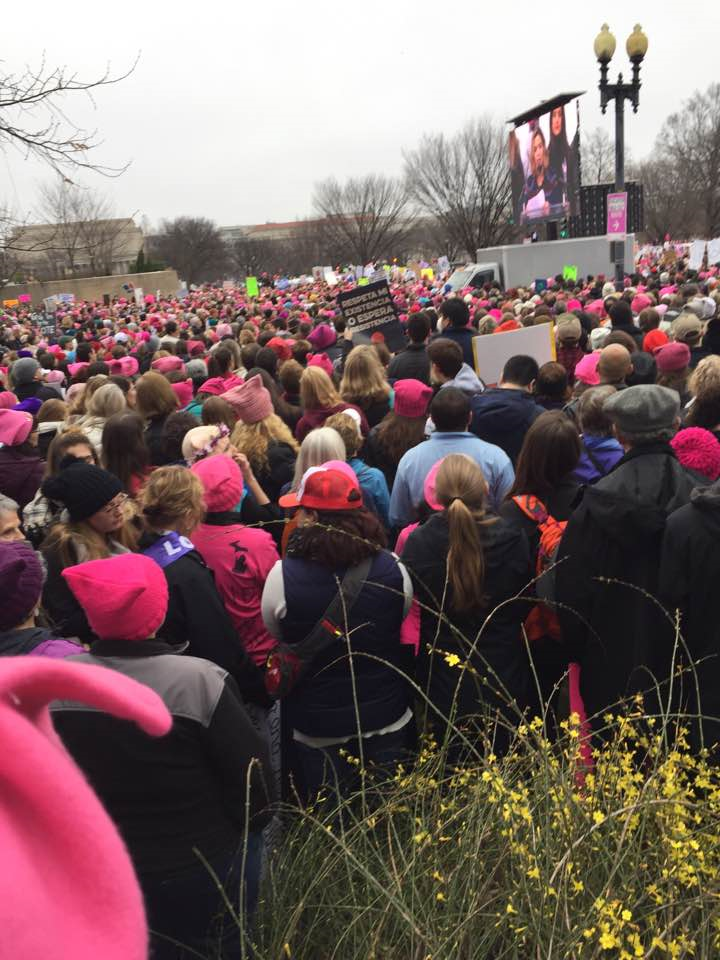 "My experience at the Women’s March was overwhelmingly positive. One of the things that surprised me most was the sheer number of fellow marchers we saw traveling from Michigan to the D.C. area. Every place we stopped (including the small gas station in rural PA) had at least another car full of people wearing pussy hats or Women’s March shirts.

The mood at the march was mostly cheerful, despite the serious events that precipitated it. I certainly felt a certain kind of joy being around so many other people who were dissatisfied with the current political climate. If nothing else, it was good for my mental health. It was also encouraging to see so many signs and slogans in support of critical thinking and education, which as a librarian, I care deeply about.

The crowd was dense! I couldn’t hear most of the speakers, but I could see a little of what was happening on the big screens. We happened to end up near TV personality Samantha Bee’s bus, though we only saw her for a few seconds. It was a relief to march after almost five hours standing still with a stranger’s elbow in my back. The festive attitude continued through the rest of the evening, and on the train back out of the city.

As a result of the March, I feel more empowered to call my congress-people, and get involved in local action. I’m also looking for ways to advocate for libraries and education in my community."