More than 200,000 people have raised their voices to oppose Macmillan Publishers’ embargo on new eBook titles to public libraries, and the American Library Association (ALA) has filed its first report with Congress about restrictive licensing and unfair pricing for digital content. Now what?

Join the ALA Public Policy & Advocacy Office and the Public Library Association (PLA) for an update on the #eBooksForAll campaign, planned next steps with Congress and data gathering to build the library case, and specific actions you can take to advance these efforts. Bring your questions and your front-line experience to inform national planning and communications.

Note: ALA and PLA may not discuss nor provide a forum for discussing a boycott or similar activity based on our tax status.

This free on-demand webinar is open to everyone and is particularly relevant to public library staff engaged with library leadership/administration, communications and advocacy, and digital collection development and management. 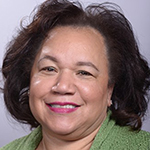 Wanda Brown serves as president of the American Library Association and is director of Library Services at the C.G. O'Kelly Library, Winston-Salem (NC) State University. She has held multiple leadership positions with the Association of College and Research Libraries (ACRL), the Association for Library Collections & Technical Services (ALCTS), and the Library Leadership and Management Association (LLAMA) over 30 years of ALA and division membership. She also is a past-president of the Black Caucus of the ALA (BCALA) and the North Carolina Library Association. 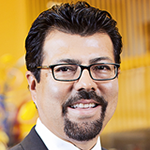 Ramiro S. Salazar is president of the Public Library Association and director of the San Antonio (TX) Public Library. He provides management oversight for the library system, consisting of the downtown Central Library and 29 library outlets and leads a team of over 550 employees. Since joining SAPL in 2005, Ramiro has led efforts to complete capital improvements and other major projects, including expansion and/or renovation of thirteen existing branches and the opening of ten new library locations. In his 30+ years as a library professional, Ramiro also has served as director of the Dallas Public Library, El Paso Public Library, and Eagle Pass Public Library—all in the state of Texas. 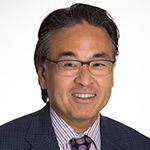 Alan S. Inouye is senior director of public policy and government relations for the American Library Association (ALA). Based in Washington, DC, he oversees ALA’s federal policy and lobbying activities and national initiatives. Previously, he was the coordinator of the President’s Information Technology Advisory Committee in the Executive Office of the President of the United States, and a study director and interim director at the Computer Science and Telecommunications Board of the National Academy of Sciences. Earlier in his career, Alan worked in Silicon Valley as a programmer, statistician, and manager of information systems. Alan earned his PhD in library and information studies at the University of California at Berkeley. He serves or has served on advisory committees of organizations as varied as the American Association for the Advancement of Science, Google, University of Maryland, and Library For All. 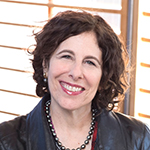 Lisa Rosenblum is executive director for the King County Library System in Washington, one of the busiest library systems in the country. She previously served as director and chief librarian at Brooklyn (NY) Public Library, and director of Library and Community Services for the City of Sunnyvale, CA. Lisa currently serves on the University of Washington Information School MLIS Advisory Board, and previously served on the Metropolitan New York Library Council Board of Directors, and Pratt Institute School of Information (Brooklyn, NY) Board of Advisors. She also has been a lecturer for the Schools of Library and Information Science at both the Pratt Institute and San Jose State University. Lisa holds a master’s degree in library science from San Jose State University. She is a fellow of the Urban Libraries Council Executive Leadership Institute and participated in the Stanford Institute on 21st Century Librarianship. 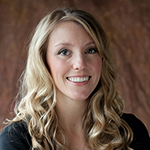 Hallie Rich is the director of Communications & External Relations at Cuyahoga County (OH) Public Library, where she is responsible for marketing, development, and stakeholder relations for the system. Prior to joining the Library in 2012, Hallie served as senior consultant at BrownFlynn, a strategy and management consulting firm, and worked in local government. Hallie is a graduate of the College of Wooster and earned her master’s degree in Positive Organizational Development from the Weatherhead School of Management at Case Western Reserve University (Cleveland, OH). She was named to the 2018 Crain’s Cleveland Business “Forty Under 40” list. Hallie is active in advocacy for libraries, serving as a member the inaugural cohort of ALA’s Policy Corps program. 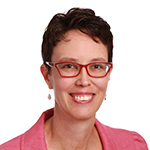