Inspired by the Los Angeles riots, Smoky Night relates the happenings of a night of urban rioting from a child's perspective. With thickly textured, expressionistic acrylic paintings set against mixed-media collages, Diaz creates dramatic, groundbreaking illustrations of the night's events. Both language and illustration convey the universal importanc of human interaction through the personal story of one little boy and his cat. 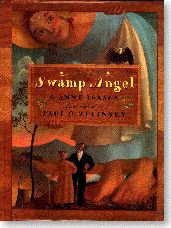 In this original tall tale, Angelica Longrider, known as Swamp Angel, wrestles the huge bear Thundering Tarnation to save the winter supplies of settlers in Tennessee. With his whimsical illustrations, Paul O. Zelinsky has created a memorable heroine with the grit and gusto of a Paul Bunyan. Primitive-style oil paintings on cherry, maple, and birch veneers capture the folksy feel of life in nineteenth-century Tennessee. 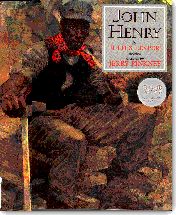 Pinkney's earthy, craggy pencil and watercolor illustrations capture both the power and the humanity of the African-American folk hero. Masterful use of light and shadow portray the strength and mass of the Allegheny Mountains, which match the magnitude of John Henry, while delicate shading and mottled color suggest the detail of a realistic natural setting enlivened with touches of whimsy. 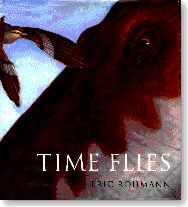 Stunning oil paintings in this wordless picture book dramatically portray a bird's flight through a museum display into the age of the living dinosaurs, where it encounters creatures vastly larger than itself. Rohmann uses rich, realistic shading, texture, and varying perspectives to create the bird's fanciful journey back to the time of its primitive ancestors.