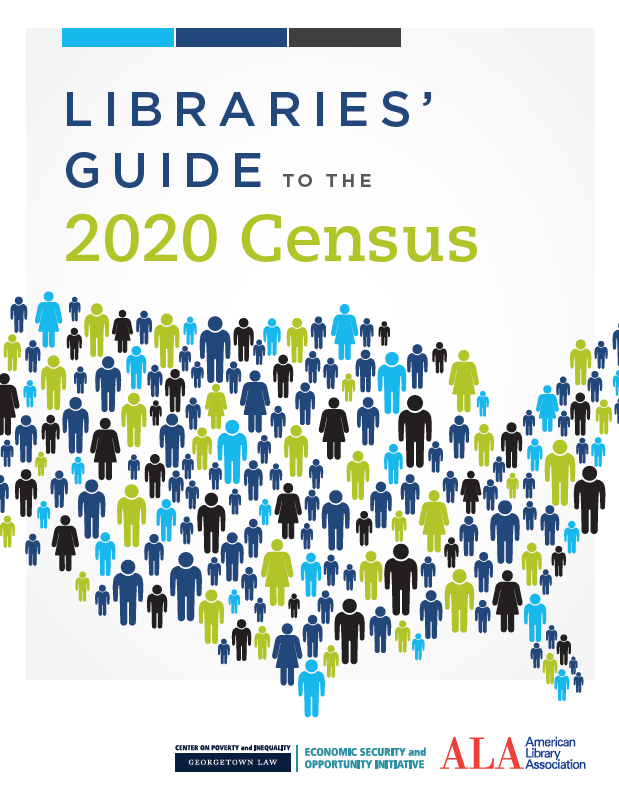 Read ALA's new guide for librarians about the 2020 Census.

In 2020, the Census will be conducted primarily online for the first time. Like past e-government efforts, this will likely impact libraries and libraries' technology resources as staff work to assist people in participating in the Census. The 2020 Census also presents an opportunity to increase public awareness and use of Census data. To best position libraries to support our communities in the 2020 Census, ALA is engaging with the Census Bureau and other stakeholders to ensure that libraries are informed and represented in the policy discussions and planning process. ALA is advocating for a fair, accurate, and inclusive Census that recognizes the roles libraries will play in this vital civic effort.

Want to stay up-to-date on our work to prepare for the 2020 Census? Subscribe to ALA's Census newsletter.

Why the Census is Important

ALA Resources about the 2020 Census

Advocacy for a Fair, Accurate, and Inclusive Census

Libraries and the 2020 Census in the News 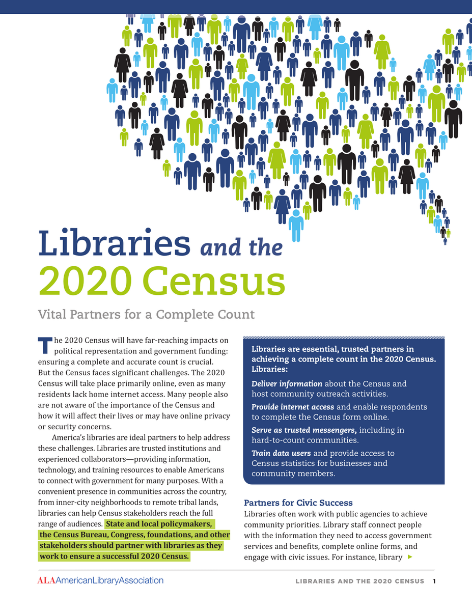 Read ALA's brief for decision makers "Libraries and the 2020 Census"

To advise ALA’s efforts on the 2020 Census, ALA convened a 2020 Census Library Outreach and Education Task Force. Their charge is: "To advise the association on conducting outreach and education to inform library staff about potential impacts—particularly for public libraries—that may arise from the 2020 Census, gathering information from library colleagues about expected impacts and needs, and collaborating with the Census Bureau and other decision makers to best meet the needs of libraries and support an accurate Census."

Composition:
The 2020 Census Outreach and Education Task Force consists of 10-15 members, appointed by the chair of the Washington Office's Advisory Committee and the PLA President-Elect, drawn from the membership at large, serving one two-year term and led by two co-chairs. The roster includes: 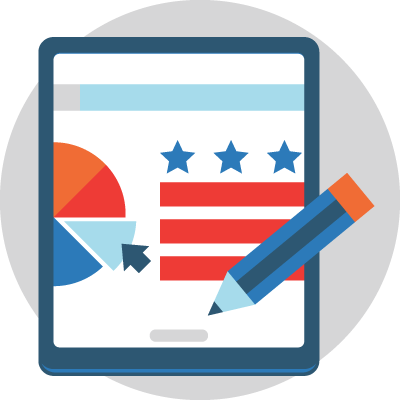