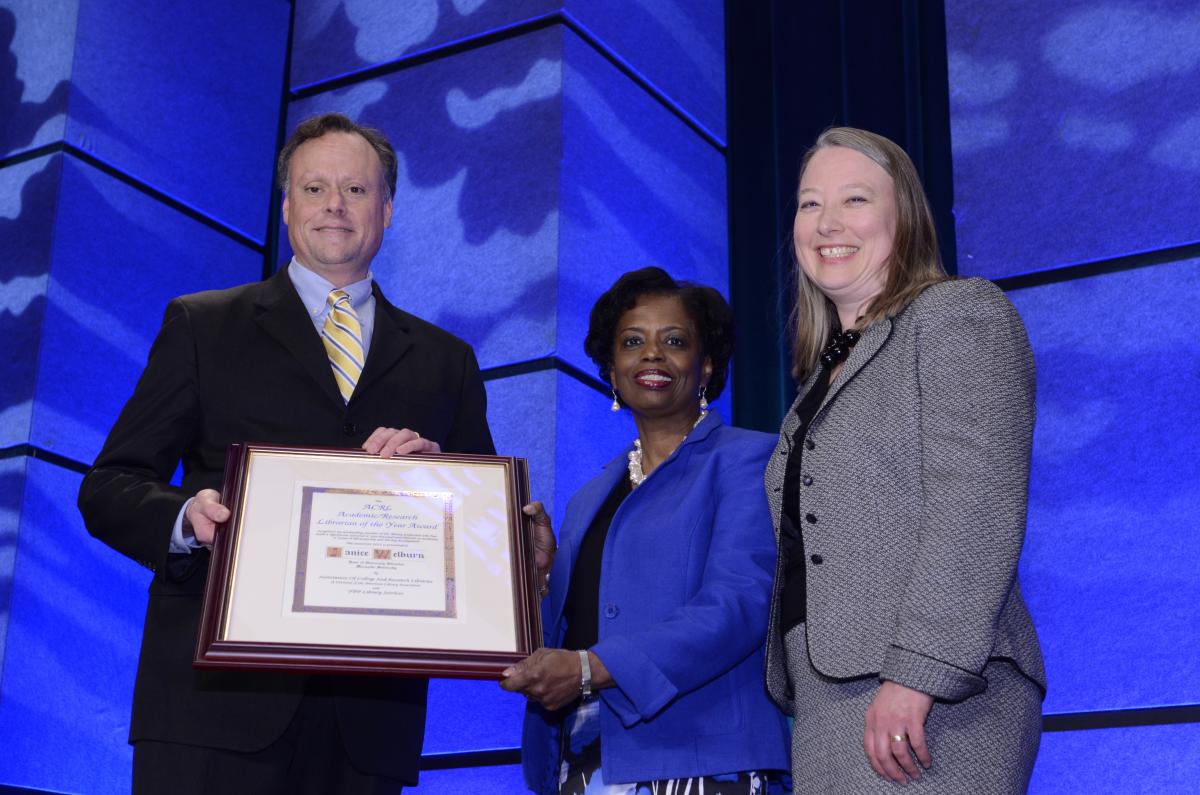 2011 Recipient of ACRL's Academic/Research Librarian of the Year Award

This is an incredible honor for me.

When I look over the list of people who have received ACRL’s highest individual recognition over the years, I am awestruck by their contributions to advancing academic and research libraries and our profession in so many ways.  And for that I am humbled by the honor that my colleagues felt that I should have.

There are so many people that I want to thank – ACRL, its members and staff under the direction of Mary Ellen Davis, YBP for the continued support they give to recognizing the contributions of our professional colleagues, and (of course) to those co-conspirators who prepared this nomination.  Kim, Georgie, Sheryl, Jean, I thought you were my friends…now I know the depth of our friendship.   I have learned so much from you and have greatly benefitted from your knowledge and wisdom.  And to so many friends and to my family (William, Jessica and Jonathan), a special thanks for giving me so much support, especially when I tried and failed at being in two places at one time.  I believe that much of what I have accomplished over my career is due to the mentoring that so many of you have provided me.

Since this award was first announced, I have had such wonderful communication with colleagues and friends at Marquette University, Arizona, Iowa, and the other institutions I have worked for.  As well as colleagues that I have pleasure of rubbing shoulders within ALA and especially ACRL.  One affected me in a very special way.  I received a basket of young plants from Dr. Lorene Brown, emerita professor and former dean of the School of Library and Information Science at Atlanta University and my mentor as a student there in the late 1970s.  The basket was symbolic of what she taught me, to grow the next generations of librarians.  When we talked, I could sense the pride she had in this accomplishment and in the accomplishments of so many librarians she has educated and mentored over the years.  During our conversation, I was reminded of all of those people who helped me early in my career – many of whom like Virginia Lacy Jones and Casper LeRoy Jordan of Atlanta University and Glenn O’Dell of Princeton University , Ed Sana Vica, a former professor, and  Ann Lipow,  are no longer with us.  Their guidance helped make my career possible, and I hope that I can do the same for the next generations who will carry our profession forward.  In coming to Marquette University 5 years ago I was introduced to a phrase “Men and Women for others.”  It really resonated with me because it is one of principles that have guided me throughout my professional career as well as my personal life was so

Thank you ACRL for this extraordinary honor.  I know that with this award all things are indeed possible.